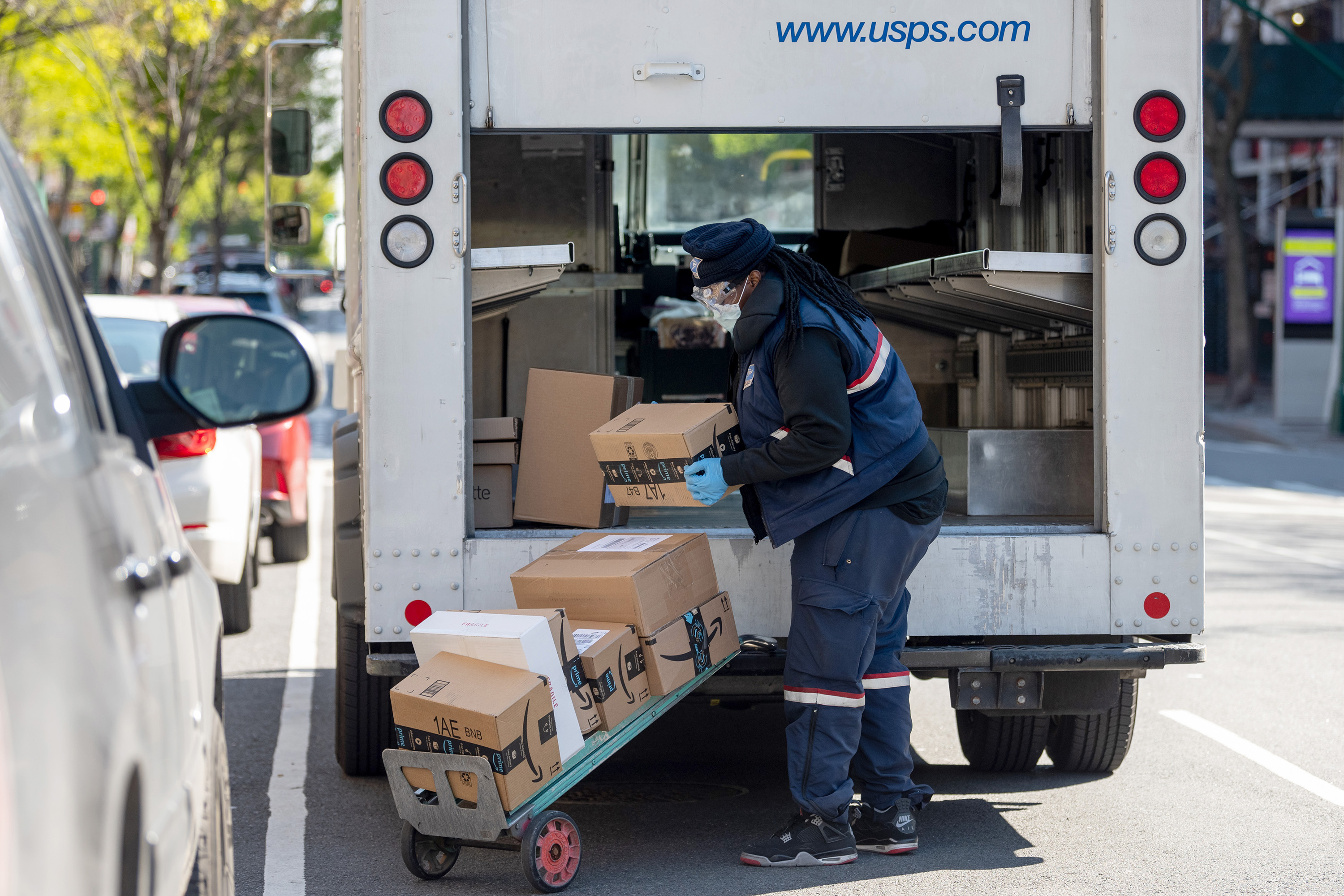 Don’t worry, that $90 Le Creuset griddle you just bought from Amazon won’t prevent your vote from being counted.

The US Postal Service says it can handle an influx of packages from the e-commerce giant’s Prime Day event without slowing deliveries of mail-in ballots despite some voters’ fears otherwise.

A flood of social media posts in recent weeks have urged shoppers not to take advantage of Amazon’s two-day discount fest because the flood of orders could allegedly overwhelm the postal service ahead of November’s presidential election. An unprecedented number of people are expected to vote by mail this year given the health risks posed by the coronavirus pandemic.

“Today is Amazon Prime Day and a great time to consider why overloading delivery services including USPS might be a terrible idea considering we’re trying to get ballots delivered and have a functional democracy,” Allison Rand tweeted Tuesday, the first day of the Prime Day deals.

“Why clog up a stripped-down mail system with largely unnecessary packages when ballots ought to be prioritized?” George Aumoithe wrote last week.

But Prime Day won’t hamper ballot deliveries because packages are processed on different equipment than regular mail, according to USPS spokeswoman Amy Gibbs. The postal service also has the capacity to accommodate “surges in volume of mail and packages,” she said.

“Delivering Election Mail is our number one priority, and we are 100 percent committed throughout the Postal Service to fulfilling our vital role in the nation’s electoral process by securely and timely delivering all ballots pursuant to our long-established processes and procedures,” Gibbs told The Post in a statement.

Moreover, Amazon has been building out its own delivery network in recent years so it doesn’t have to rely as much on outside shippers like the USPS and UPS. The Seattle-based colossus estimated that its logistics arm would deliver 3.5 billion packages last year, accounting for roughly half of all its orders worldwide, according to Recode.

But mail delivery has slowed down in recent months as Postmaster General Louis DeJoy oversaw controversial cost-cutting measures within the postal service. Roughly 86 percent of first-class mail was delivered on time in the week of Sept. 26, a rate that was higher than 90 percent a year ago, USPS data show.

DeJoy has pledged to put operational changes on hold until after the election and vowed in August that the postal service could handle “whatever volume of election mail it receives this fall.”

Fauci reportedly quotes ‘The Godfather’ in response to Trump criticisms

Reps issues 48 hours ultimatum to Minister of State for…

BREAKING: Another police station set on fire in Lagos…

Light of the World Lyrics by Frank Edwards