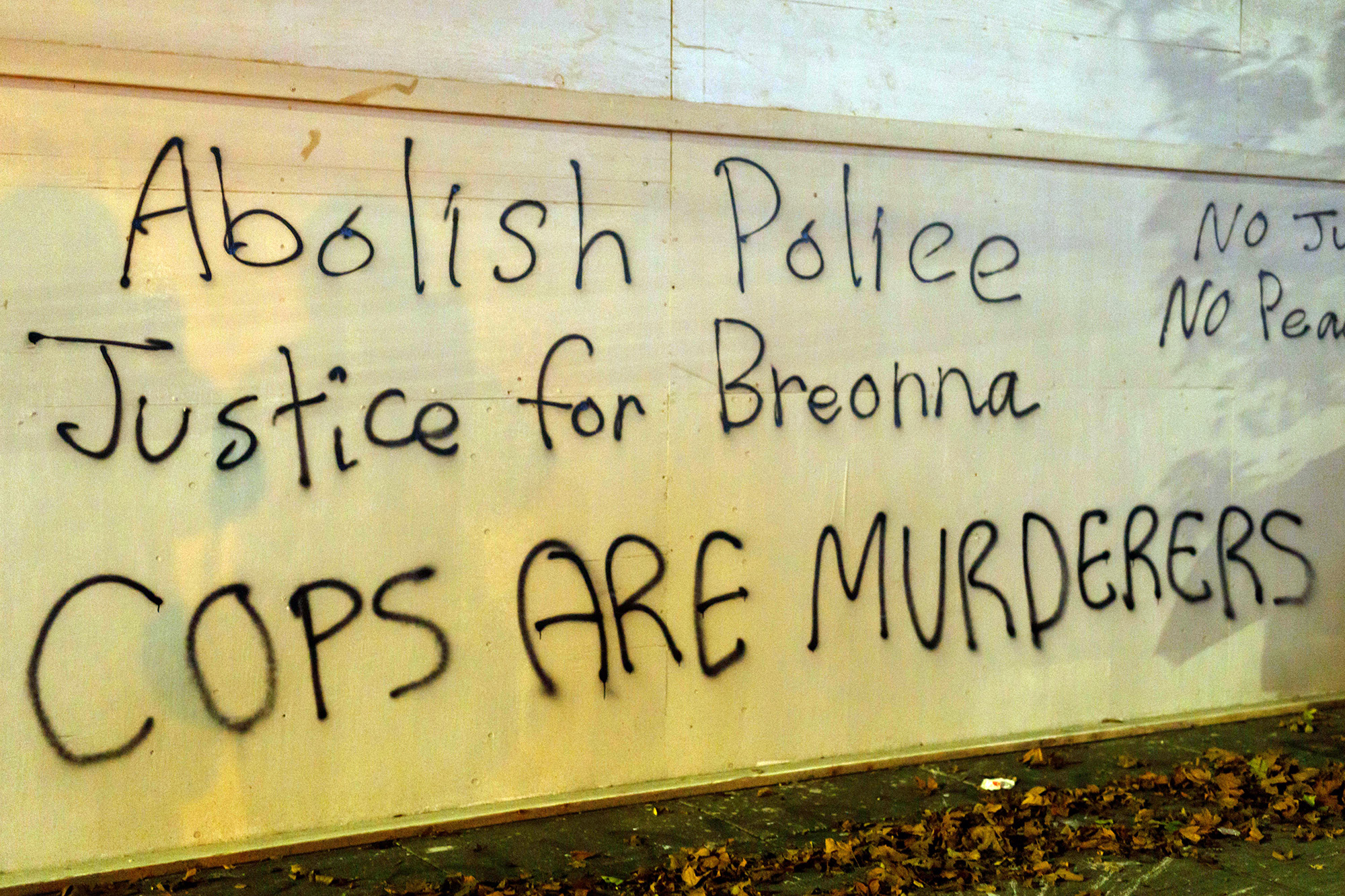 “As if on cue,” laments ex-FBI agent James Gagliano at the Washington Examiner, “civil unrest” erupted following the grand jury’s decision in the Breonna Taylor case. “And as usual, lies proliferated.” Despite claims to the contrary, for instance, the grand jury determined police executed a “knock and announce” — not a “no-knock” — warrant “and clearly identified themselves.” The problem is that protesters “demand predetermined outcomes” and insist “every police shooting of a minority must be draped in systemic racism” and the officers convicted of murder. Yet that’s not “justice”; it strips cops of their due-process rights and the presumption of innocence. And it’s dangerous: Attempts to assassinate cops are now “occurring with shocking regularity.” “Good luck attracting our best and brightest to the policing profession.”

Joe Biden’s refusal to name possible Supreme Court choices proves he knows the battle over Ruth Ginsburg’s seat “is a shot in the arm for Trump’s campaign — and a mortal danger to his,” reasons Marc A. Thiessen at The Washington Post. But Biden’s silence “is unsustainable. He says he should be allowed to pick Ginsburg’s successor but won’t say who his nominee might be.” He’s also “reluctant” to declare whether he agrees with Democrats’ threat to pack the court — since if he opposes it, he’ll “dispirit his base,” and if he backs it, he’ll “drive reluctant Trump voters for whom the Supreme Court is a deciding issue into Trump’s arms once again.” Fact is, though, he’ll have to decide: The move can’t be done without a “President Biden’s signature.”

Read More:  Loophole in lockdown of COVID-19 ‘hot zones’ may put others as risk: NYC teachers

Despite worries from teachers and other public

officials, researchers have found that “K-12 school buildings have not played host to sizable COVID-19 outbreaks,” reports Reason’s Robby Soave. In fact, a Brown University study showed that often “the rate of infection in schools was lower than in the rest of the community.” Mayor de Blasio seems convinced that “it’s impossible to reopen schools until some undetermined, far-off point in the future,” but the data just don’t back that up. Even at colleges, which have seen an uptick in cases, consistent testing has been successful in controlling the outbreaks. Clearly, it’s “possible to safely reopen schools,” Soave argues. “It just takes planning, hard work and testing, testing, testing.”


From the right: Blue Truth Matters

“Americans’ ignorance about the demographics of criminal offending,” Heather Mac Donald argues at The American Mind, is allowing the “anti-cop narrative” to “continue destroying the institutions of law and order.” One key mistake is to compare “policing data to population ratios,” because “policing today is data-driven,” and officers are deployed “to where criminals prey on their victims.” Officers cannot use their “lawful powers of enforcement” without having “a disparate impact on blacks, since blacks commit the lion’s share of violent street

Read More:  Watch the NFL Draft 2020 here for a good cause
crime.” And they’re “far more likely to encounter armed, violent and resisting suspects in minority neighborhoods.” Departments should regularly hold press conferences “mapping out the incidence of crime and 911 calls, and overlaying that information with police deployment patterns.” “Americans deserve the truth about crime and racial statistics” from their governments.

In normal times, observes Arpit Gupta at City Journal, “New York City’s sidewalks bustle with energy” — but they also contain “something found in no other great city”: piles of garbage. That’s partly because the city lacks alleyways for dumpsters. Yet “noxious-smelling” trash doesn’t just harm the quality of life; it’s “a major factor behind New York’s massive rat population, which acts as a vector for many diseases.” Other cities that lack alleyways have found ways to avoid sidewalk trash, such as by using “sophisticated hydraulic trash pickups” or underground garbage bins. Similar ideas and “market-based pricing” for trash collection could help Gotham. “If New York wants to remain great” post-COVID, “it must improve urban livability” — and “getting garbage off the sidewalks” is a good way to do that.

I have vision of new Nigeria – Obasanjo

Nigerian leaders have ignored young people for too long –…

Open Heavens: Pastor E. A. Adeboye – Where your…

Joel and Victoria Osteen’s daily devotional – The Ability to…