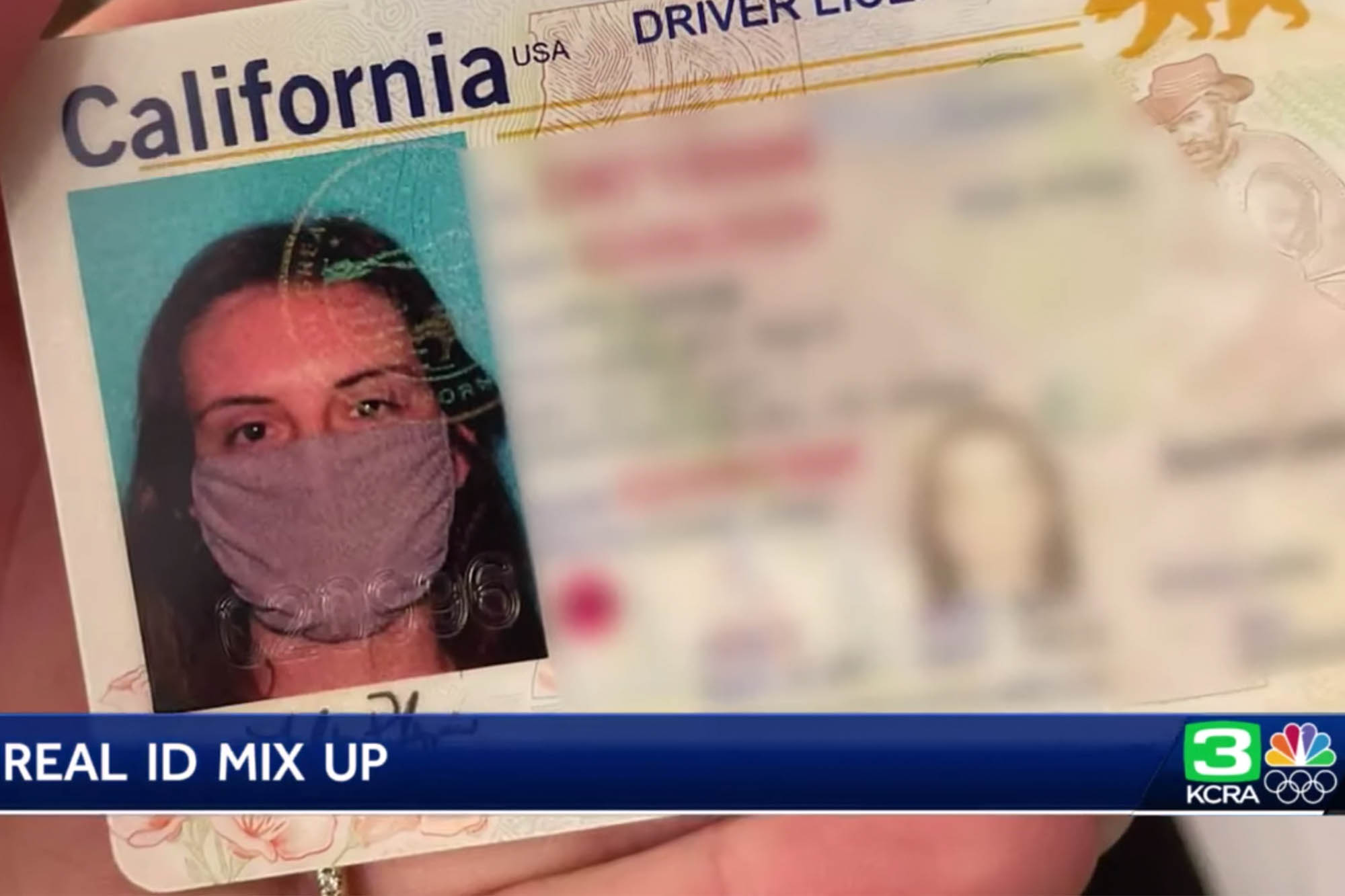 A California woman has to get a new driver’s license — after she was sent one with an image of her wearing a face mask.

Lesley Pilgrim, 25, said she initially didn’t react quickly enough when prompted by an employee to remove her mask for the ID photo at the DMV office in Laguna Hills, news station KNBC reported.

“All of the sudden [the employee] just says, ‘Look in the camera,’ and I heard the click,” Pilgrim said.

She was allowed to take another photo with the mask off — but the driver’s license that came in the mail ended up having the first image.

“I think I’ll frame this one, keep it and show my kids a sign of the times,” Pilgrim said.

The DMV said in a statement that the incident was an “oversight.”

“Customers are asked to remove their face covering when a photo is taken. In this instance there was an oversight,” the agency told news station KTLA.

The agency said it has already contacted Pilgrim to reschedule an appointment for a new photo.

In the meantime, Pilgrim said she has successfully used the masked version to buy booze.

“[The bartender] asked for my ID and I said, ‘Oh, I’m so glad that you asked’ and I gave it to him and he didn’t even notice,” Pilgrim told the outlet.

0 106
Share FacebookTwitterReddItWhatsAppPinterestEmailFacebook MessengerLinkedinTumblrTelegramStumbleUponVKDiggLINEViberOK.ru
Subscribe to our newsletter
Sign up here to get the latest news, updates and special offers delivered directly to your inbox.
You can unsubscribe at any time

Albany has to move fast to prevent a housing disaster

Johnson & Johnson vaccine to ship out to states as early…