COVID-19 vaccines for all Americans may be ready by March: HHS secretary 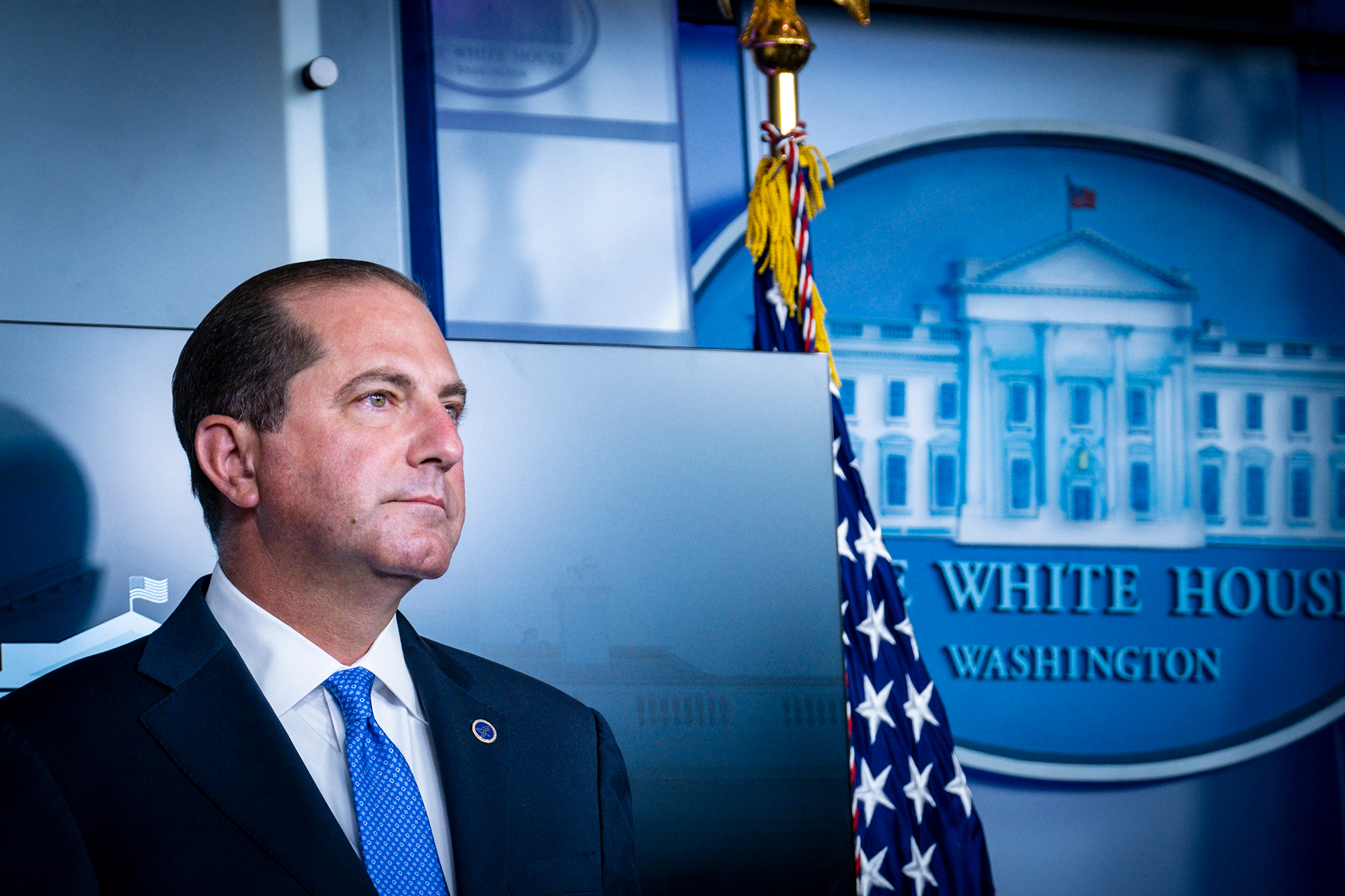 Enough coronavirus vaccine doses for every American who wants one could be manufactured as early as March next year, Health and Human Services Secretary Alex Azar said Thursday.

“We project having enough for every American who wants a vaccine by March to April 2021,” he predicted at the virtual Goldman Sachs Healthcare Conference on COVID-19, according to CNBC.

He also expects that up to 100 million doses could be available by the end of this year — enough “to cover especially vulnerable populations.”

The US is manufacturing doses for all six vaccine candidates backed by the feds’ Operation Warp Speed, including those that are in late-stage testing from Moderna, Pfizer, AstraZeneca and Johnson & Johnson, according to Azar.

He added that the US is also obtaining needles, syringes and bottles needed for the shots.

President Trump has predicted that a vaccine could be authorized as early as October and that there’d be enough doses for every American by April. However, new FDA regulations will likely push any authorization past Election Day.


Azar said health officials believe authorizing a vaccine for emergency use was OK in “only specific circumstances” and where there are “sufficient amounts of vaccine already manufactured,” CNBC said.

Azar also said that tens to hundreds of thousands of doses of an antibody treatment made by Regeneron could be ready for this fall, pending authorization from the US Food and Drug Administration.

The still-experimental drug was given to Trump for “compassionate use” but has not yet passed through clinical trials or been approved for widespread use by the FDA.

Wednesday asked the agency for emergency approval, saying it currently has enough doses for about 50,000 patients and expects to have enough for 300,000 patients in the next few months.

Giants avoid COVID-19 crisis with offensive lineman back at practice

Man Utd vs Arsenal: Winning league fixtures does not decide…

Learn from history on Awolowo’s betrayal against Ojukwu –…