Crack down on the COVID-19 PPE price-gougers 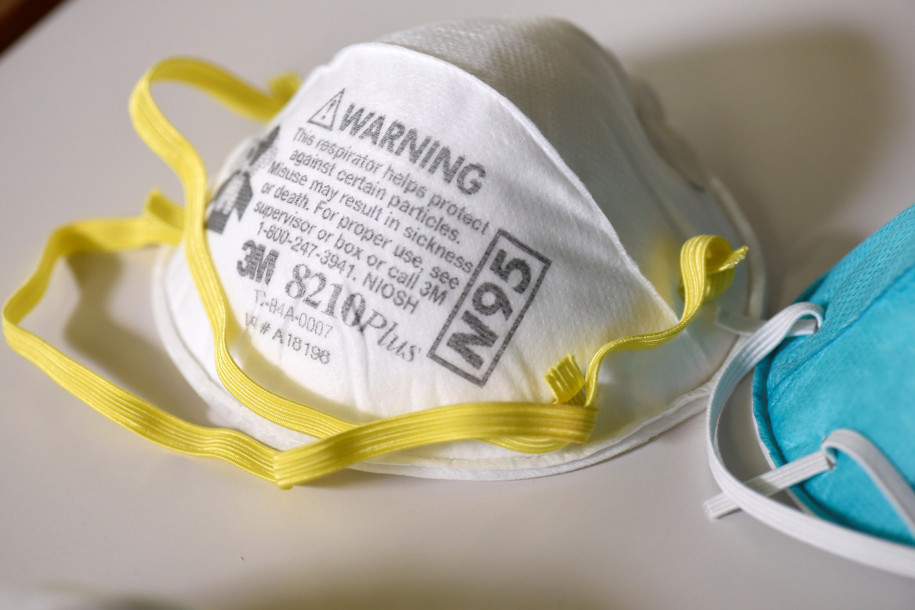 The nation has now passed 200,000 coronavirus deaths, and even President Trump himself has contracted COVID. It’s clearer than ever that we are struggling to protect ourselves from this deadly virus.

Yet most despicably, some people are trying to profit off this nightmare using an outrageous practice: price-gouging. They’re putting our recovery, and basic fairness, at risk.

The failure by many to act responsibly to protect themselves and others by, say, wearing masks and social-distancing has certainly fueled the extraordinary and climbing death rate. But the inability of officials to efficiently provide a sufficient supply of personal protective equipment over the past six months has created an opportunity for the unethical.

Some states have been doing their part to make PPE — including much-needed N95 masks — available by working closely with American PPE makers. Popular and trusted household names, like Honeywell, Ford and 3M, are among the leading manufacturers of the popular and effective respirators.

3M has over 40 manufacturing sites in the United States. Its Flemington, NJ, manufacturing plant churns out health-care tools; cleaning supplies are manufactured at an upstate New York location.

These products are vital for limiting the spread of this deadly sickness. In addition to stimulating the economies in areas surrounding these plants, major manufacturers, more than anything, are ensuring that front-line workers and first responders across the country are properly outfitted to lead us out of this public-health crisis and usher a return to “normal” as soon as reasonably possible.

Unfortunately, these vital efforts have been corrupted and undermined by unscrupulous merchants posing as legitimate middlemen seeking to take advantage of the PPE market and make a quick buck, even as states work desperately to secure supplies, especially for medical professionals and at-risk populations.

Some of the imposters attempt to appear legitimate by “borrowing” well-known brand names, such as Honeywell and 3M, to bolster their sale offerings, even when they have no official affiliation or access to these supplies. Others hide their lack of legitimacy behind slick Web sites and market jargon. Some land contracts via political allies.

Yet price-gouging and deceptive advertising should be considered treasonous in a pandemic. Already, many states have passed laws mandating that prices cannot increase by more than 10 percent during an emergency, and violations can result in fines of $10,000 or more.

Large manufacturing corporations have begun to sue fraudsters and those looking to cash in on the pandemic, working closely with local governments and prosecutors to put an end to this egregious conduct, amid a national and global emergency.

In New Jersey, officials are pressing charges against several middleman-companies and profiteers.

The state put a price-gouging law in place in March that prohibits excessive price increases during a declared state of emergency. The law defines an excessive jump as one where the price rises more than 10 percent.

Trenton has used the law to take legal action against several companies, including one unauthorized seller that it said was offering 3M masks at a price said to be 500 percent above list price. This company and many others are facing fines for their outrageous actions.

Officials nationwide should look to New Jersey and to the example of its attorney general, Gurbir Grewal, in ending price-gouging — and follow suit.

Yes, during normal times, the market should freely determine the price of goods. However, in times of emergency like this one, money should not be the single determinative factor that governs who lives and dies. States must step up, enforce the law and do their due diligence to protect citizens.

These modern-day pirates risk the welfare of our economy, and more important, they threaten the future well-being of our country.

Our government, at all levels, should declare to pandemic profiteers that there is zero tolerance for such predatory behavior — and predators will be held accountable and prosecuted.

Alberto R. Gonzales, a former US attorney general and counsel to the president, is dean and Doyle Rogers Distinguished Professor of Law at Belmont University College of Law in Nashville, Tenn.

EPL: What Lampard mentioned about Havertz, Werner after 2-0…