Despite the long-awaited return of partial indoor dining for a New York City restaurant industry devastated by the COVID-19 lockdown, Mayor Bill de Blasio said Wednesday he will not have a meal inside a Big Apple eatery.

“What I’m going to do for sure in the coming days is continue, as I have, to enjoy outdoor dining first while the weather’s still good,” de Blasio said during a City Hall press briefing.

Restaurants reopened for indoor dining at just 25 percent capacity Wednesday for the first time since March when the coronavirus pandemic first plagued the city.

Eateries financially ravaged by the health crisis were able to re-open for outdoor dining only on June 22.

And de Blasio says his outdoor dining experiences at joints like Mario’s in The Bronx and Melba’s in Harlem “have been amazing.”

“I’m going to keep doing that for the foreseeable future,” Hizzoner said, explaining, “And then of course shift to indoor when the outdoor isn’t as prevalent because of the weather.”

“I’m saying I personally just prefer outdoor dining and so long as it’s available I would always choose it,” de Blasio added. 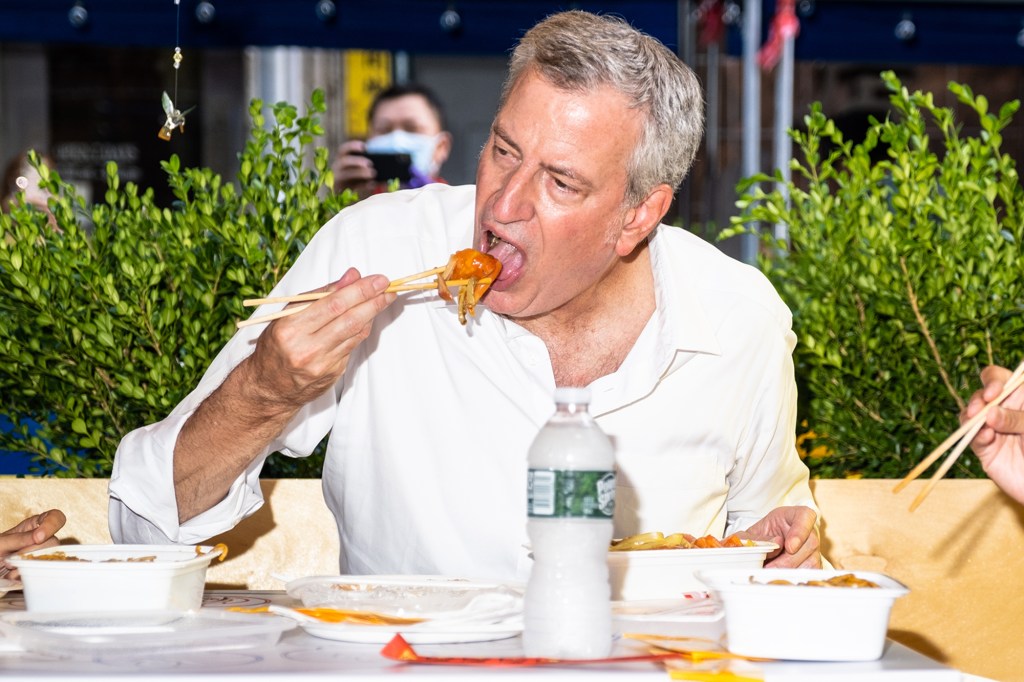 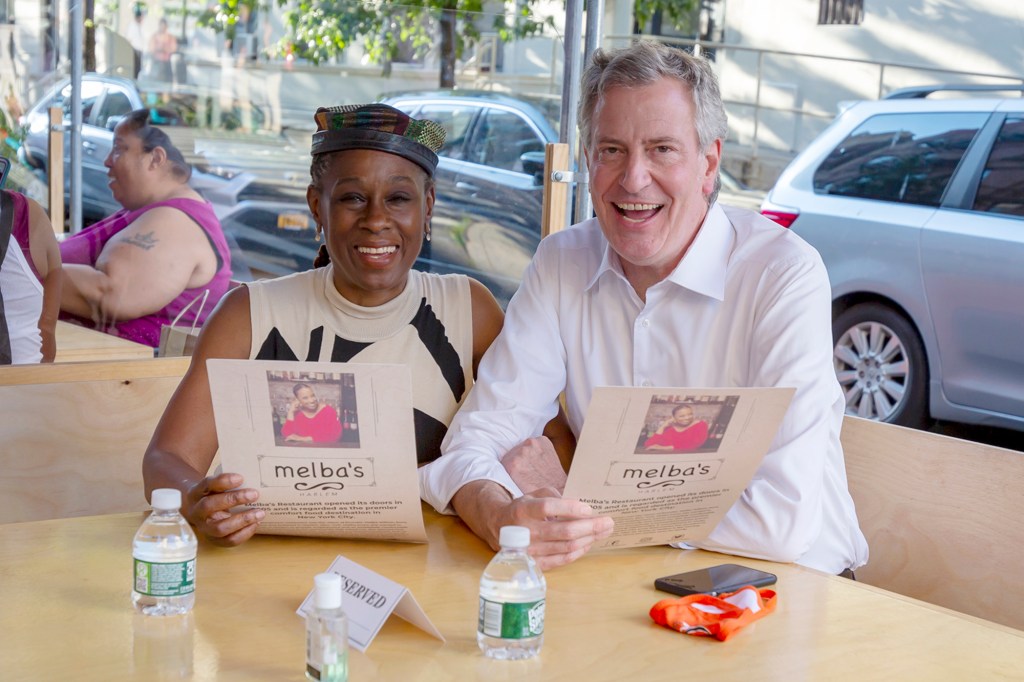 Bill de Blasio and and his wife Chirlane McCray

The mayor recently made the city’s outdoor dining program a permanent, year-round fixture across the five boroughs.

“There’s lots of people who are going to love the opportunity to dine indoors and they’ll have that opportunity,” de Blasio said.

“The important thing,” he noted, “is the restaurant industry is coming back and coming back strong.”

if they have the means to do so.

“Folks who have the means — and a lot of people don’t right now — but thank God many people do, they should go out there and support restaurant workers and restaurant owners,” he said.

A study released this month by the nonprofit NYC Hospitality Alliance showed that nearly 90 percent of New York City bar and restaurant owners couldn’t pay their rent in August due to the strain that the pandemic has put on the industry.

Cardi B has harsh words for Georgians who favor re-opening…

Sam Isaac – Jesus You Carry My Matter For Head [Music…