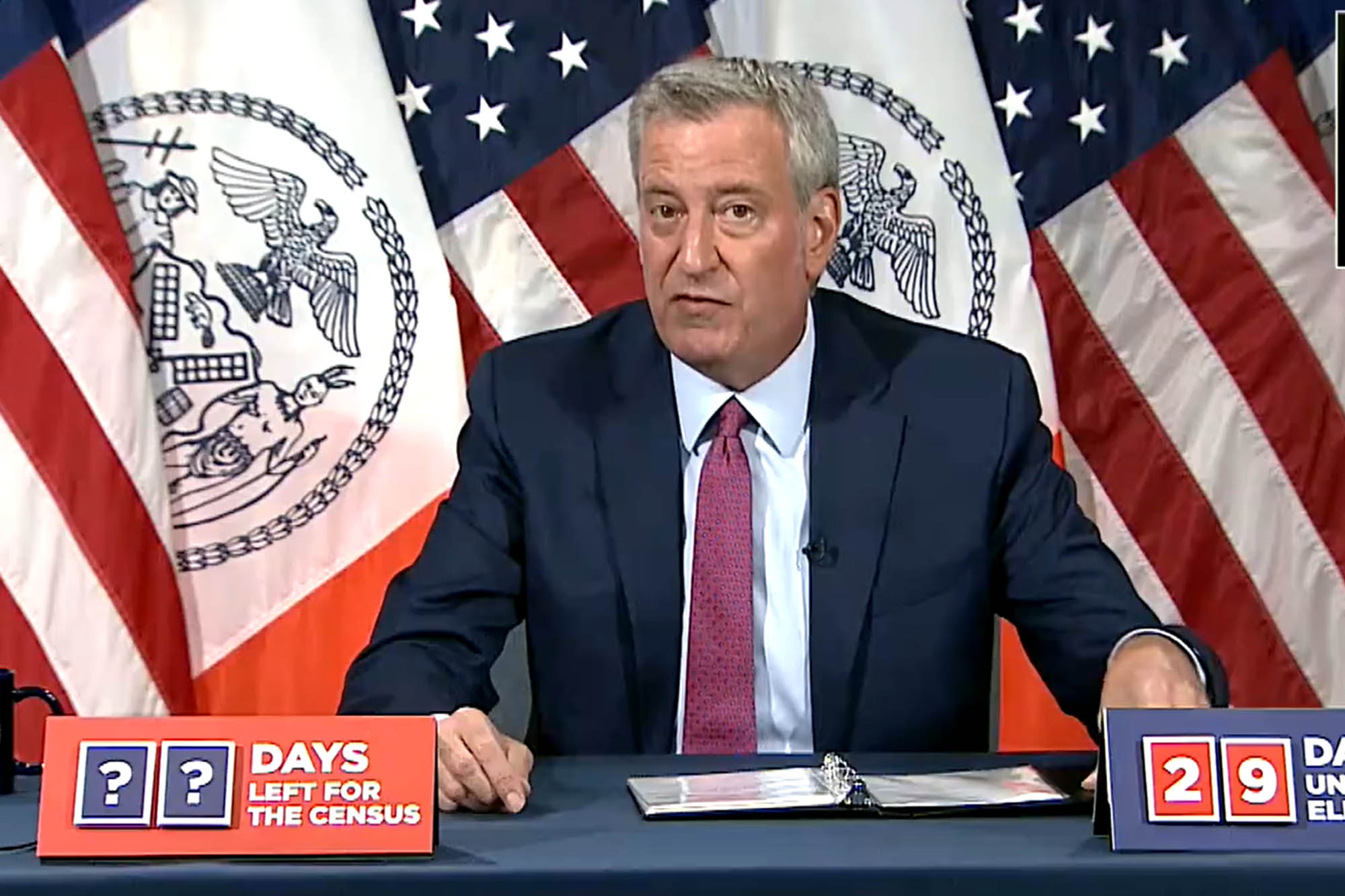 Mayor Bill de Blasio said Monday he still wants to shut down businesses in nine Brooklyn and Queens zip codes where the coronavirus is spiking — but admitted he can’t do so without the approval of Gov. Andrew Cuomo, who balked at the measure earlier in the day.

“We specifically proposed doing it by zip code starting Wednesday morning, closing the non-essential businesses,” Hizzoner said in a City Hall press briefing. “The state is reviewing that right now and might come back with modifications, but we’re going to be ready to move as early as Wednesday morning.”

But when pressed, de Blasio conceded that if the state doesn’t budge on its position, the city won’t circumvent that ruling with Wednesday closures.

“We obviously will follow state law,” he said. “If the state does not authorize restrictions, we’re not going to act. … We can’t put the final enforcement into place until the state has given us the sign-off, but I fully expect the state to act quickly.”

Read More:  Infectious disease expert wants out of prison to help with coronavirus

De Blasio on Sunday released a plan to tamp down the outbreaks by closing schools and non-essential businesses in the nine hardest-hit zip codes, but Cuomo still had the final say on the measures.

Cuomo on Monday agreed to halt in-person classes in the schools effective Tuesday, but stopped short of endorsing the mass business closures.

The governor particularly objected to the use of zip codes as the lines of demarcation, and left open the possibility that closures could still be in play when a more precise method of identifying hot spots is found.

rapped local leaders for lax enforcement of coronavirus precautions, which he said has helped the disease mount a comeback — while announcing that the state would take over enforcement of rules about masks and social distancing in hot spots.

City Hall boasted on Sunday that 26 violations had been issued over the course of 2,000 recent inspections — a conversion rate that Cuomo said was hardly something to be proud of.

De Blasio pushed back on the characterization.

“There’s been intensive efforts to educate all communities, a huge amount of mask distribution and consistent enforcement happening,” he said. “The last few weeks, we’ve had instances of closing yeshivas down, closing down stores, there’s been all sort of enforcement actions taken. … There’s been enforcement throughout.”

The mayor said that over the past week, over 1,000 city employees ranging from NYPD cops to Department of Health workers were out “doing constant education and enforcement,” numbers which will only grow.

“Remember, enforcement requires a legal reason,” he said. “The closure requires certain legal standards to be met before you can close a school or a business. Our officials were out looking for those standards and did not find very many situations where that was needed.”

Tomisings – Audience of One Lyrics

WHO pushes back on coronavirus criticism