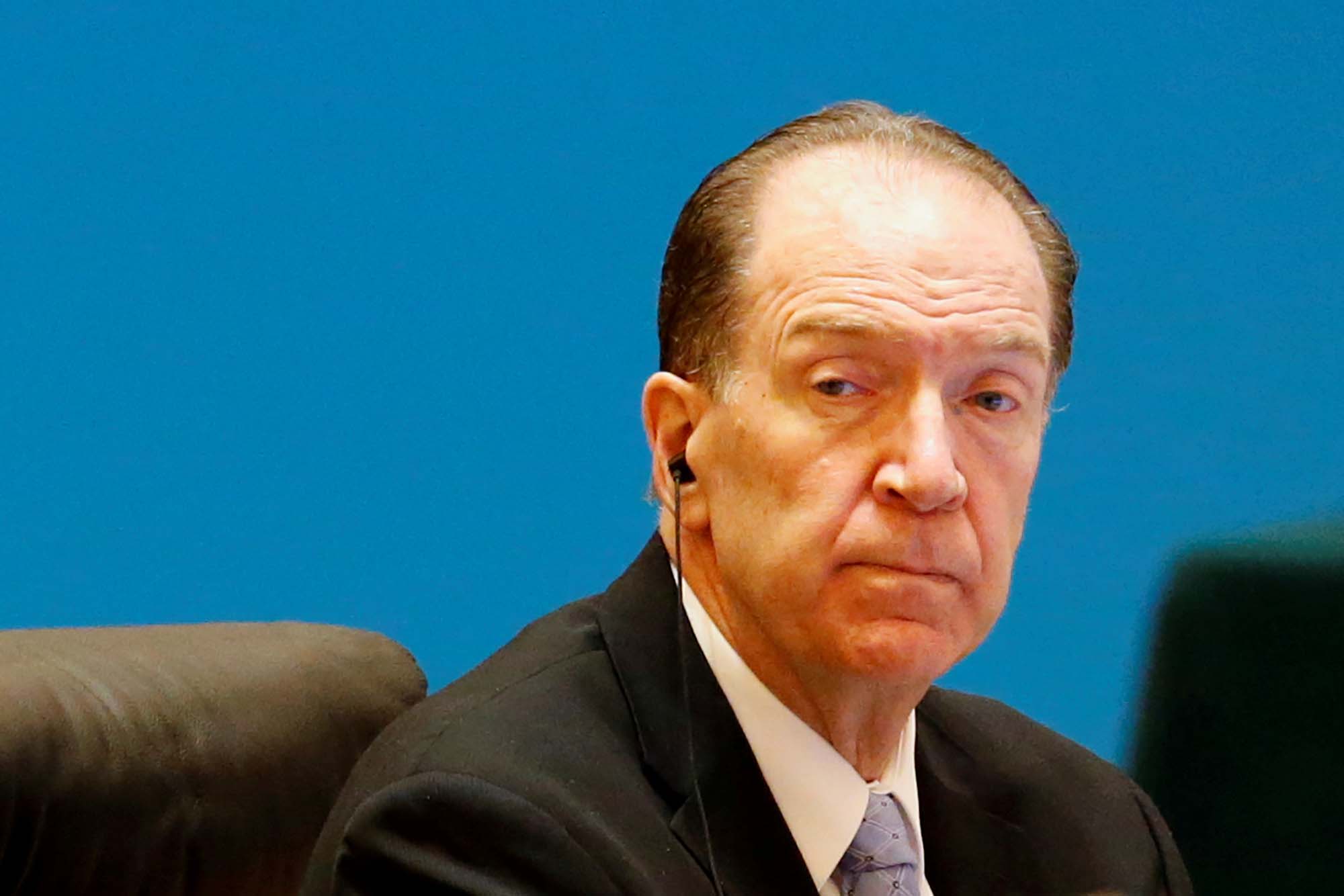 BERLIN – The COVID-19 pandemic could trigger a debt crisis in some countries, so investors must be ready for granting some form of relief that could also include debt cancellation, World Bank President David Malpass was quoted as saying on Sunday.

“It is evident that some countries are unable to repay the debt they have taken on. We must therefore also reduce the debt level. This can be called debt relief or cancellation,” Malpass told Handelsblatt business daily in an interview.

“It is important that the amount of debt is reduced by restructuring,” Malpass added.

He pointed to similar steps in previous financial crises such as in Latin America and the so-called HIPC initiative for highly indebted countries in the 1990s.


Amid warnings the pandemic could push 100 million people into extreme poverty, Malpass renewed his call for private banks and investment funds to get involved too.

“These investors are not doing enough and I am disappointed with them. Also, some of the major Chinese lenders did not get enough involved. The effect of the aid measures is therefore less than it could be,” the World Bank head said.

Malpass warned that the pandemic could trigger another debt crisis as some developing countries had already entered a downward spiral of weaker growth and financial trouble.

“The enormous budget deficits and debt payments are overwhelming these economies. In addition, the banks there are getting into difficulties due to bad loans,” Malpass added.

Claudia Conway announces she has coronavirus on TikTok

The media’s mad race obsession and other commentary

Gov. Phil Murphy abruptly leaves event after learning he was exposed to COVID-19

Fabulous and over 50, these influencers prove age is just a number

It may be difficult to completely defeat the virus –…