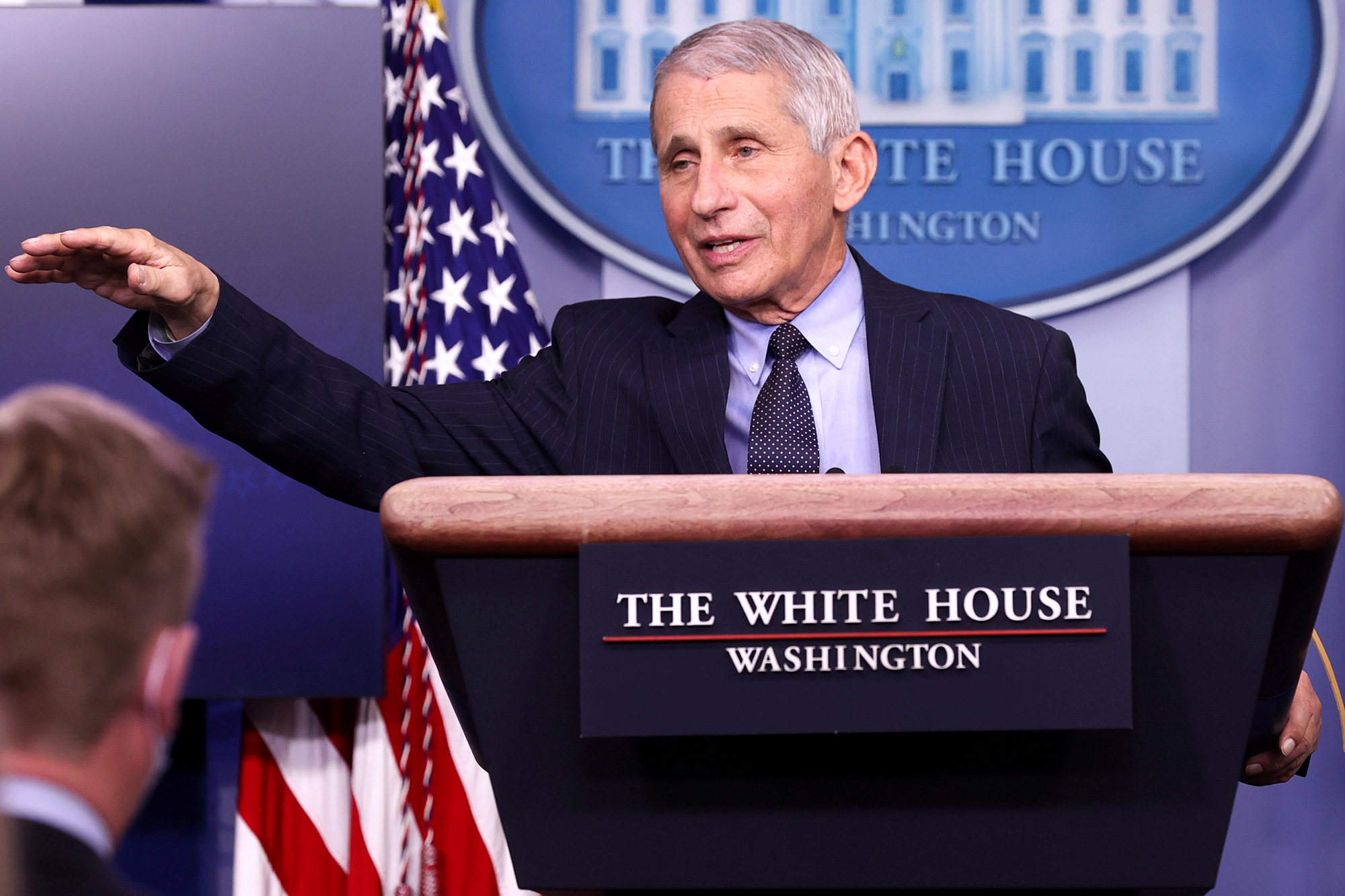 Dr. Anthony Fauci on Sunday rejected suggestions that the US delay second COVID-19 vaccine doses so more Americans can get their first shot — saying the nation’s supply problem will be long-resolved before researchers are able to study the proposal.

“If you want to really study it — the amount of time that it will take, the amount of people you would have to put in the study — by that time, we will already be in the arena of having enough vaccines to go around,” Fauci told host Chuck Todd on NBC’s “Meet the Press.”

“It would be nice to know, if you just give one dose, how long the durability lasts, and what is the level of effect, but what we have right now, and what we must go with, is the scientific data that we’ve accumulated,”

The nation’s vaccine supply problem is likely to be solved before Osterholm’s proposal could be effectively studied, Fauci said.

“I’d be great to have the study, but I don’t think we could do it in a time,” he told Todd.

Pressed on what the host called a “survival-of-the-fittest” vaccine distribution process, Fauci said supply will increase “substantially” in the coming weeks and months.

“Things are going to get better as we get from February into March into April because the number of vaccine doses that will be available will increase substantially,” he said.

But Fauci declined to answer clearly whether public schools should restart in-person instruction immediately — despite the CDC director’s recent comments that they can re-open safely.

He instead urged the passage of President Biden’s “American Rescue Act,” which includes funding for school re-opening.

“We want to get the schools K-to-8 open within the next 100 days,” Fauci said, noting that COVID-19 transmission among elementary and middle schoolers was likely lower than among high schoolers.

“What they need is they’re going to need some help. That’s why we want the American Rescue Act to get through, so that schools can have the capability — with masks, with the ability to get better ventilation, all the things you want to do.”

0 42
Share FacebookTwitterReddItWhatsAppPinterestEmailFacebook MessengerLinkedinTumblrTelegramStumbleUponVKDiggLINEViberOK.ru
Subscribe to our newsletter
Sign up here to get the latest news, updates and special offers delivered directly to your inbox.
You can unsubscribe at any time