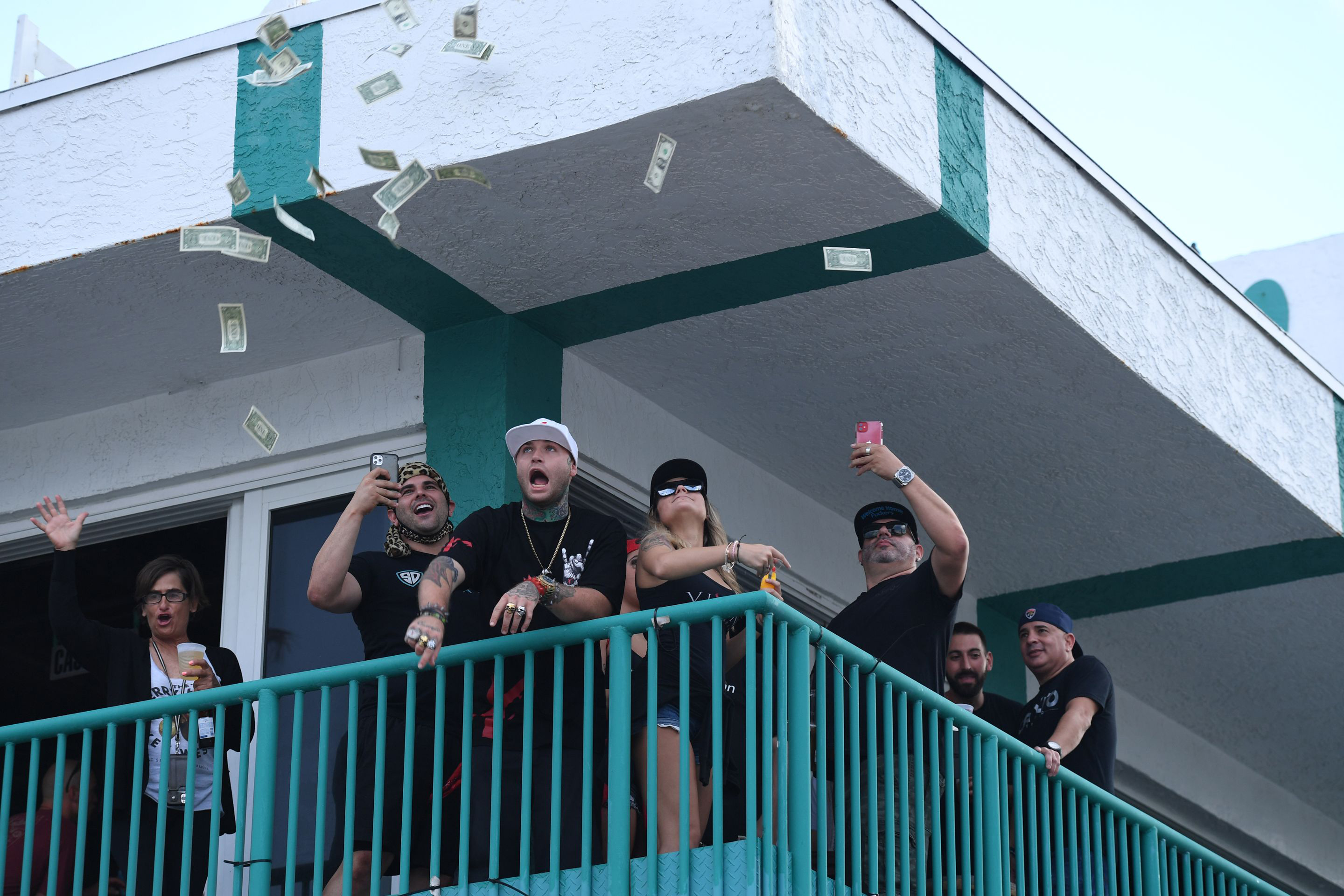 Crowds packed into some Florida bars over the weekend after Gov. Ron DeSantis lifted coronavirus restrictions on them and other businesses, according to a report.

Footage showed patrons overflowing out of the Elbo Room in Fort Lauderdale on Saturday after the governor’s surprise order, news station WPLG reported.

“I’m healthy, I’m strong and I feel comfortable with all my friends,” said Dan Gibby, who was at the watering hole.

In Davie, Gaffer’s Pub owner Debbie Qualls said the greenlight to reopen was a lifesaver for the business.

“We’ve had to pay the rent, the electric, all the bills. If it was too much longer, we wouldn’t be here,” Qualls said.

DeSantis’s announcement Friday allowed all bars and restaurants to reopen effectively immediately — and prevented local municipalities from implementing restrictions that would force them to operate at less than half-capacity unless it can be justified for health or economic reasons.

The governor closed bars and nightclubs on St. Patrick’s Day due to outbreaks across the state.

He said Friday that the pandemic was not over, but it was time to restart the economy after six months of “people twisting in the wind.”

“We’ve been able to put a lot of people back to work over the last few months, and obviously we have more to do,” DeSantis said.

The Sunshine State has been a hotspot for COVID-19 with at least 700,000 confirmed cases, including at least 14,000 deaths, according to the latest figures from Johns Hopkins University.

Rapid Vienna vs Arsenal: Arteta to be without six key…

De Blasio says US Open coronavirus hospital will be at ‘full…