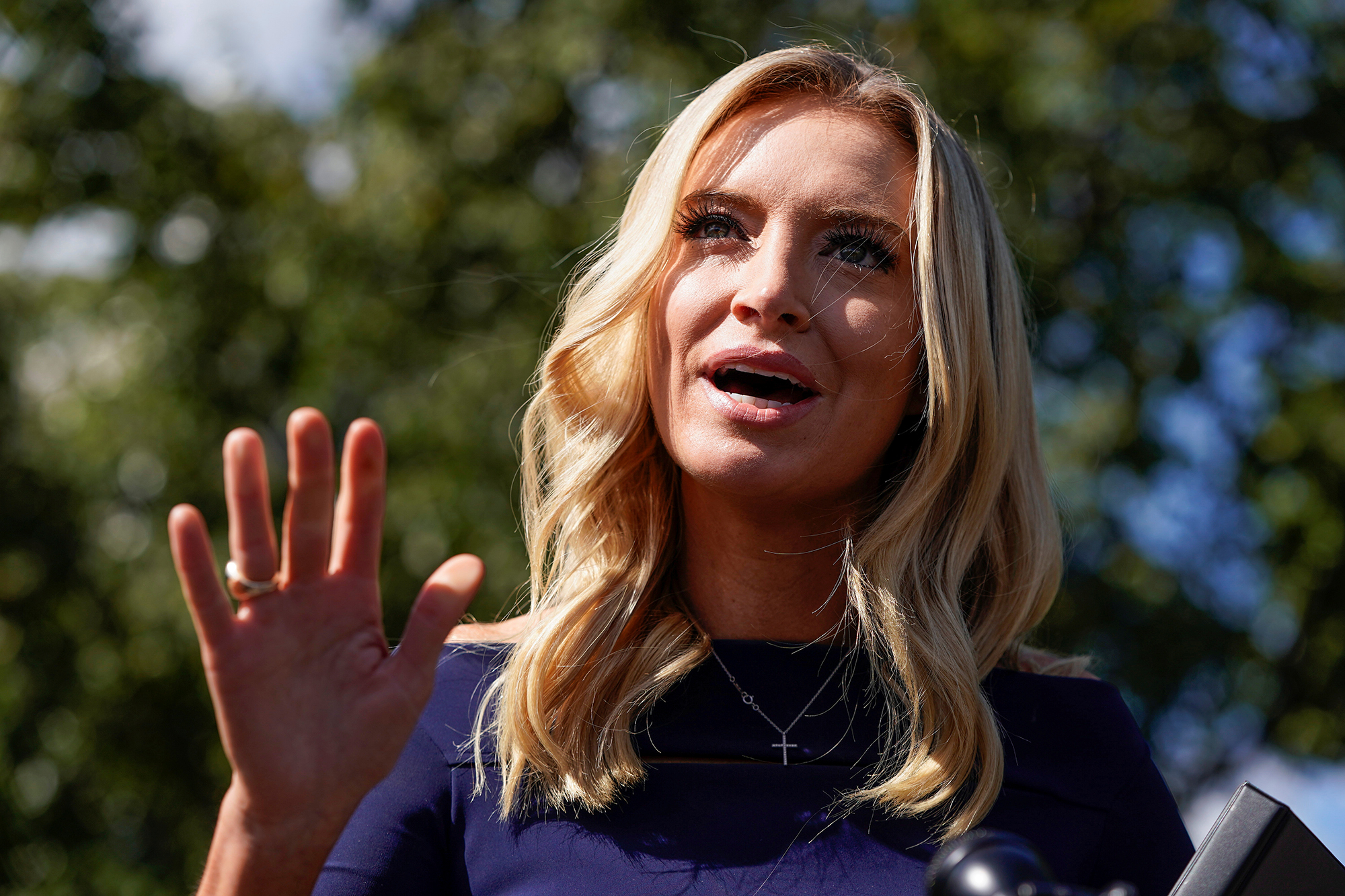 WASHINGTON — The White House on Friday defended President Trump’s travel to a New Jersey fundraiser after they learned Hope Hicks, one of his closest advisors who was by his side all week, had been infected with COVID-19.

The president and the first lady have since tested positive and are quarantining in the White House residence.

Speaking to reporters at the White House on Friday morning, press secretary Kayleigh McEnany said White House operations cleared the president to travel to his Bedminster golf resort where he held a fundraiser on Thursday afternoon.

“White House operations made the assessment it was safe for the president in consultation with others,” she added, before walking away.

Chief of staff Mark Meadows earlier Friday said Hicks’ COVID-19 diagnosis came to light just as the president was about to depart the White House in Marine One around 12:45 p.m., according to his official schedule.

“I can tell you in terms of Hope Hicks, we discovered that right as the Marine One was taking off yesterday,” Meadows told reporters.

“We actually pulled some of the people that had been traveling and (were) in close contact,” he added.

The president continued on to Bedminster and after returning to the White House was tested for the coronavirus where he and the first lady both returned positive results, with the news breaking just before 1 a.m.

While no other members of the first family have returned positive results, another two COVID-19 cases at the White House were confirmed on Friday afternoon.

According to a White House Correspondents’ Association memo shared by CNN anchor Brian Stelter, at least one reporter and a staffer have returned positive results.

The journalist was last at the White House for the nomination of judge Amy Coney Barrett on Saturday and travelled that night on Air Force One to the president’s Pennsylvania rally, the memo read.

Meanwhile, the infected White House employee is from “lower press,” referring to the staffers and media handlers who sit just behind the briefing room and work with reporters on a daily basis.

EndSARS: Tell soldiers not to kill any protester – NUJ tells…

Reps issues 48 hours ultimatum to Minister of State for…

Civil dissent is the American answer to outrageous lockdown…