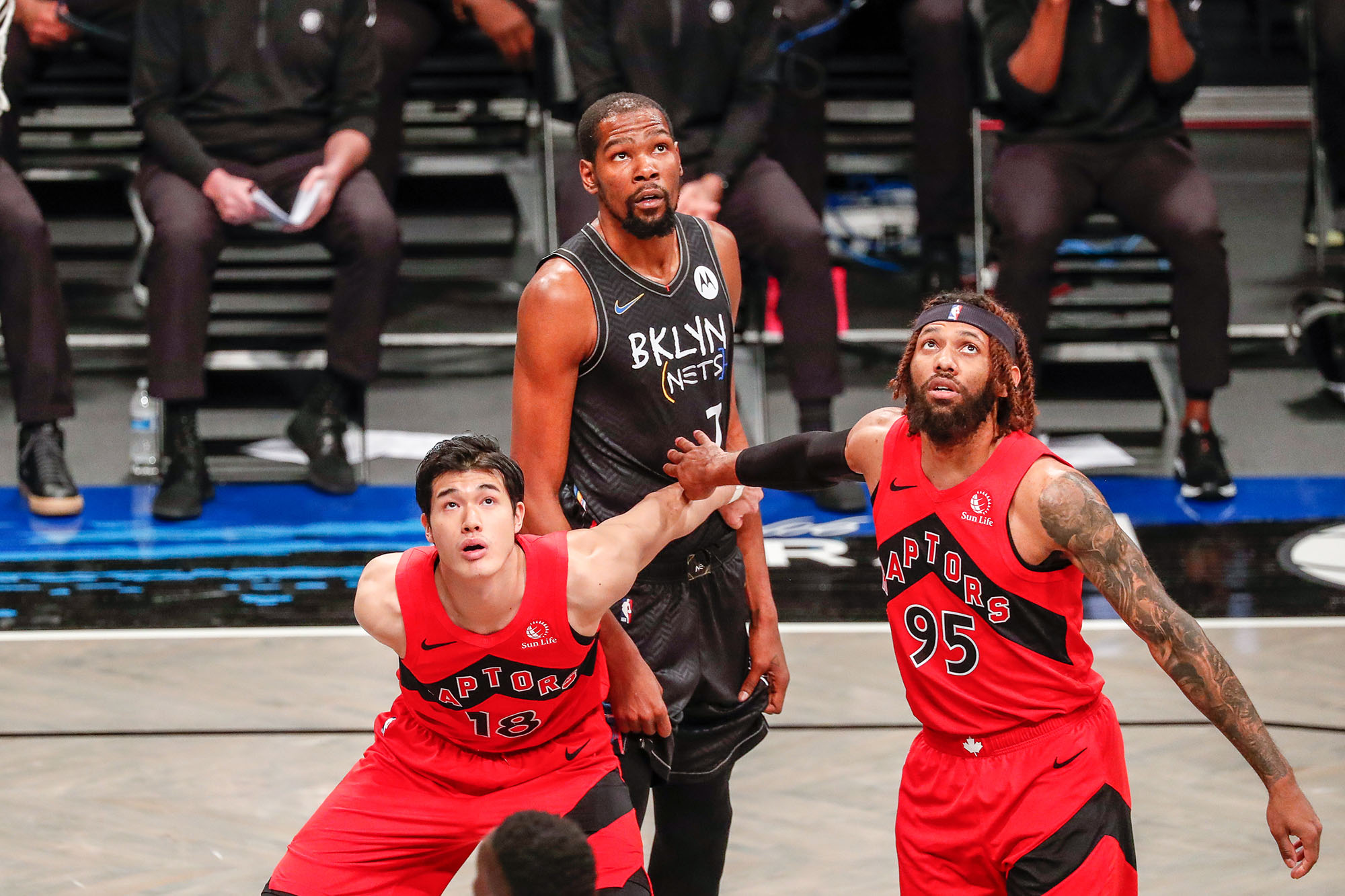 Kevin Durant was a last-minute scratch from the Nets’ starting lineup Friday night, then was inserted into the game late and finally pulled for good, all due to COVID-19 contact tracing.

Durant will not travel with the team to Philadelphia on Saturday, according to ESPN.

The NBA said in a statement that Durant was pulled from the game “out of an abundance of caution” after someone he interacted with tested positive for coronavirus after their initial test was inconclusive. The league also said Durant tested negative three times in the past 24 hours.

Durant appeared to take issue with the NBA’s decisions, tweeting “free me.”

“Yo @NBA,  your fans aren’t dumb!!!!,” Durant wrote on Twitter after the game. “You can’t fool em with your Wack ass PR tactics..”

The NBA uses the term health and safety protocols, but in essence somebody that Durant came into contact with has tested positive for coronavirus. And that ensuing contact played havoc with Brooklyn’s game against the visiting Raptors — and may have lingering impact if Durant is forced to quarantine.

Durant had COVID-19 in May, after the 2019-20 NBA season had been suspended, but before either the resumption of play at the NBA bubble or his return from Achilles surgery.

Last month, Durant ended up having to observe a seven-day quarantine and miss three straight games — against the Jazz and 76ers and at the Grizzlies — due to exposure to someone who had tested positive for coronavirus.

Durant has been testing negative for COVID-19, and has recently tested positive for antibodies. But since the league’s COVID-19 protocols don’t differentiate between players who have antibodies and those who don’t, Durant wasn’t exempt and ended up having to sit out.

That could come back to haunt the Nets again. Durant had been slated to start Friday, but the Nets announced at 7:38 p.m. — about two minutes before the lineups were announced — that he wouldn’t be available to start.

Durant himself didn’t get another COVID-19 test. There were additional tests for whomever he came in contact with, along with clarifying the contact-tracing procedures for this instance with the NBA. The league eventually made the call and determined Durant was cleared to play, and he checked into the game by replacing James Harden with 4:13 left in the first quarter and the Nets down, 26-17. Brooklyn ended up losing 123-117.

Durant picked up a pair of charges and got whistled for his fifth foul chasing down a loose ball with 9:06 left in the third quarter. Nets coach Steve Nash challenged the call and got it overturned, but Durant — who had gone to the bench — ended up sitting out the rest of the game for the health and safety protocols.

In the end, Durant finished with eight points, six rebounds and five assists. It was the first time he had failed to crack double figures since Feb. 28 2017, when he logged just 1:33 for the Warriors.

It remains to be seen if Durant will have to quarantine again, or for how long.

0 26
Share FacebookTwitterReddItWhatsAppPinterestEmailFacebook MessengerLinkedinTumblrTelegramStumbleUponVKDiggLINEViberOK.ru
Subscribe to our newsletter
Sign up here to get the latest news, updates and special offers delivered directly to your inbox.
You can unsubscribe at any time

NY woman charged with manslaughter for running over boyfriend: Police

We are developing best strategies to keep you safe- Niger…

Man wins $500K Powerball prize with numbers from his fortune…

Fauci says no need to ‘despair’ over discovery of NY…