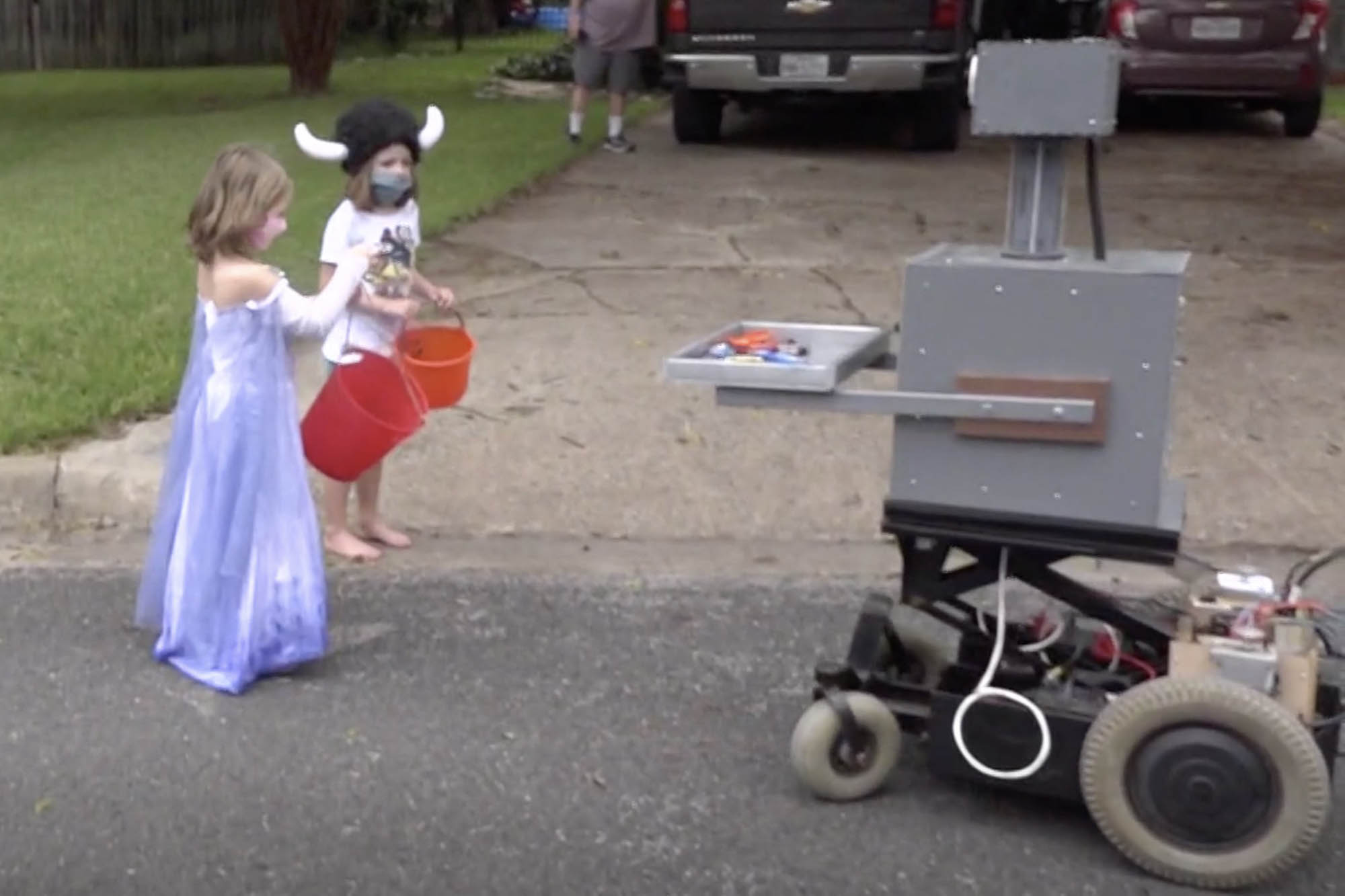 This isn’t your father’s trick-or-treating.

As the holiday draws closer, people across the country are still asking what Halloween will look like this year. Some areas have discussed canceling events like trick-or-treating, while it appears that others are looking to invent new ways to keep the tradition alive.

Luke Keyes still plans on giving out candy to trick-or-treaters this year, even if he has to go high-tech for his solutions, KVUE reports. The Austin, Texas, resident has reportedly built multiple devices, including a candy-delivering robot, to celebrate the holiday.

Keyes spoke with the news outlet, saying, “Right now we probably don’t want humans to hand-deliver candy, so why don’t we use a robot for it?”

I had so much fun shooting my story today!

Halloween will clearly look different this year but one family is getting with the times and created a candy cannon and a robot for a socially distant Halloween! @kvue

This is the candy cannon! ?? pic.twitter.com/TxAC1V80J9

Aside from the robot, which he says he started working on eight years ago (for non-trick-or-treating related reasons), Keyes also built a candy-shooting cannon that fires candy a socially distant six-feet.

Keyes isn’t the only person looking to give Halloween an upgrade due to the coronavirus pandemic.

href="https://www.foxnews.com/lifestyle/candy-slide-trick-or-treating-socially-distanced-halloween" rel="noopener noreferrer" target="_blank">previously reported that YouTube channel Wicked Makers designed and built a candy slide, which is exactly what it sounds like. One person can stand at the top of the slide and drop candy down to someone standing a safe distance away.

The spooky prop was made by combing PVC pipe with cheesecloth, paint and some skeleton decorations to give it an appropriate look for the Halloween season.

Read More:  Vice President Yemi Osinbajo welcomes first grandchild
0
Share FacebookTwitterReddItWhatsAppPinterestEmailLinkedinTumblrTelegramStumbleUponVKDiggLINEBlackBerryViberOK.ruFacebook Messenger
Subscribe to our newsletter
Sign up here to get the latest news, updates and special offers delivered directly to your inbox.
You can unsubscribe at any time

Femi Fani-Kayode reacts to reports of plans to remarry

Relevance of oil will reduce by 2040 – Sylva