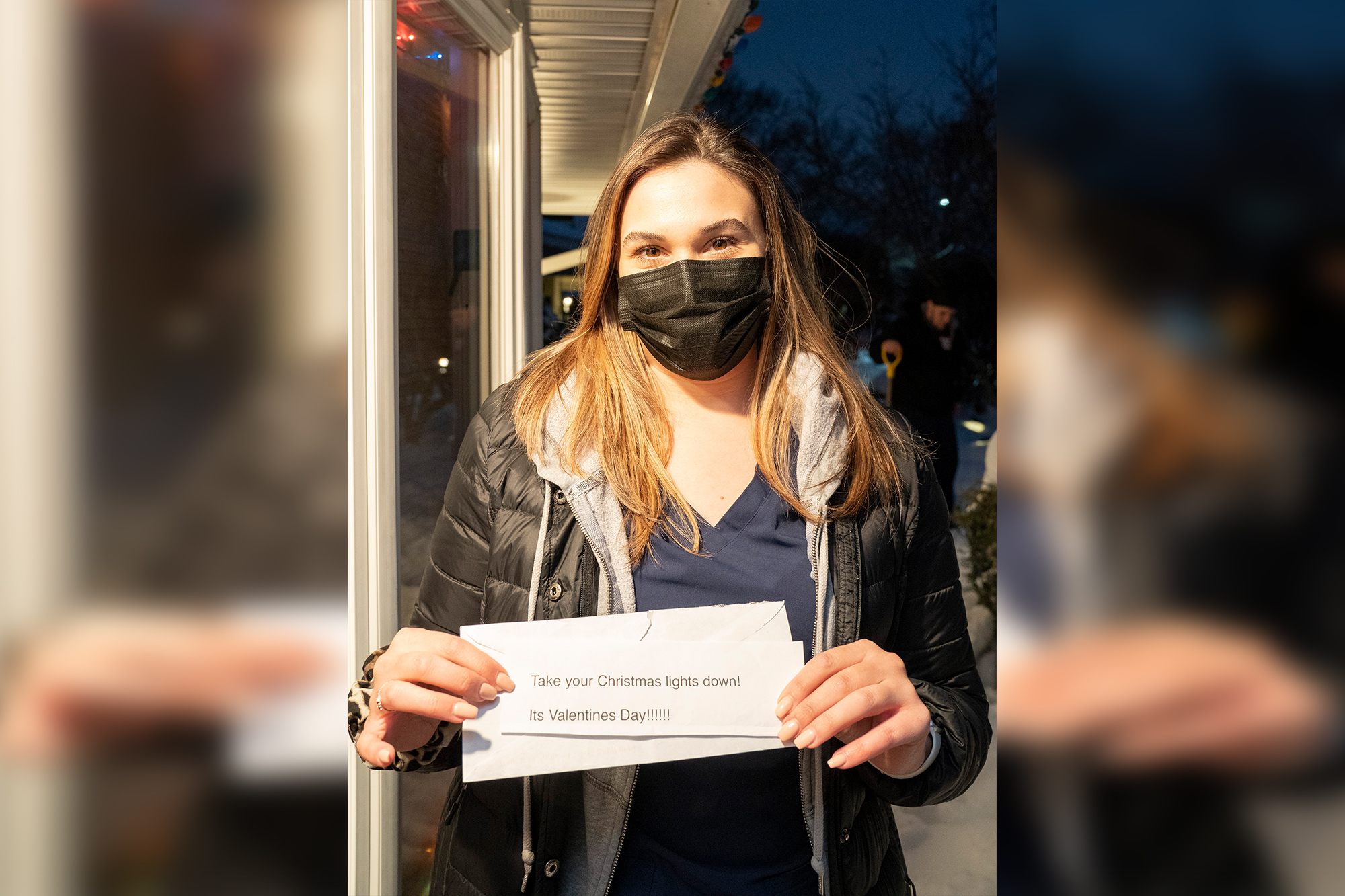 Be careful who you bah-humbug.

A Long Island woman who received an anonymous note bashing her for failing to take down her Christmas lights revealed the tear-jerking reason why she left them up — prompting a flood of support from neighbors, nearby residents said.

Sara Pascucci, a mom from Bethpage, opened a letter with no return address earlier this week that proclaimed, “Take your Christmas Lights down! It’s Valentines Day!!!”

But Pascucci, 31 — who lost relatives to COVID-19 over the holiday season —  quickly took to Facebook to explain why she was a little behind schedule.

“Our entire family was sick with covid starting December 24. Within this timeframe we lost 2 family members, one being my father. He was an amazing man, a man who put a smile on everyone’s face. He loved decorating our house every year for the holidays,” she wrote on the Facebook page, Long Island Moms Group.

“So yes we haven’t around to taking down these Christmas decorations. And maybe we just aren’t ready yet,” she added.

The heartbreaking post prompted residents on her street, Berkshire Road, to rally behind her, with some saying they had also been sent the same grumpy letter.

Another resident of the street added, “With everything going on out there could you be a little nicer instead of dragging somebody down just because they left their Christmas lights up?”

Other neighbors said they now plan to set up Christmas in February — to show support for Pascucci and other folks who had a difficult holiday season, the outlet reported.

0 13
Share FacebookTwitterReddItWhatsAppPinterestEmailFacebook MessengerLinkedinTumblrTelegramStumbleUponVKDiggLINEViberOK.ru
Subscribe to our newsletter
Sign up here to get the latest news, updates and special offers delivered directly to your inbox.
You can unsubscribe at any time

Capitol rioter begs judge to send him home to parents

Delta LG Polls: There was no election – CDHR

ANGLICAN DEVOTIONAL 6 MARCH 2021 – IN HIS STEPS

Dalai Lama seen getting COVID-19 vaccine at hospital in India

How a doctor tried to surgically save the human soul — after…

Pope Francis to meet with top Shiite cleric in Iraq