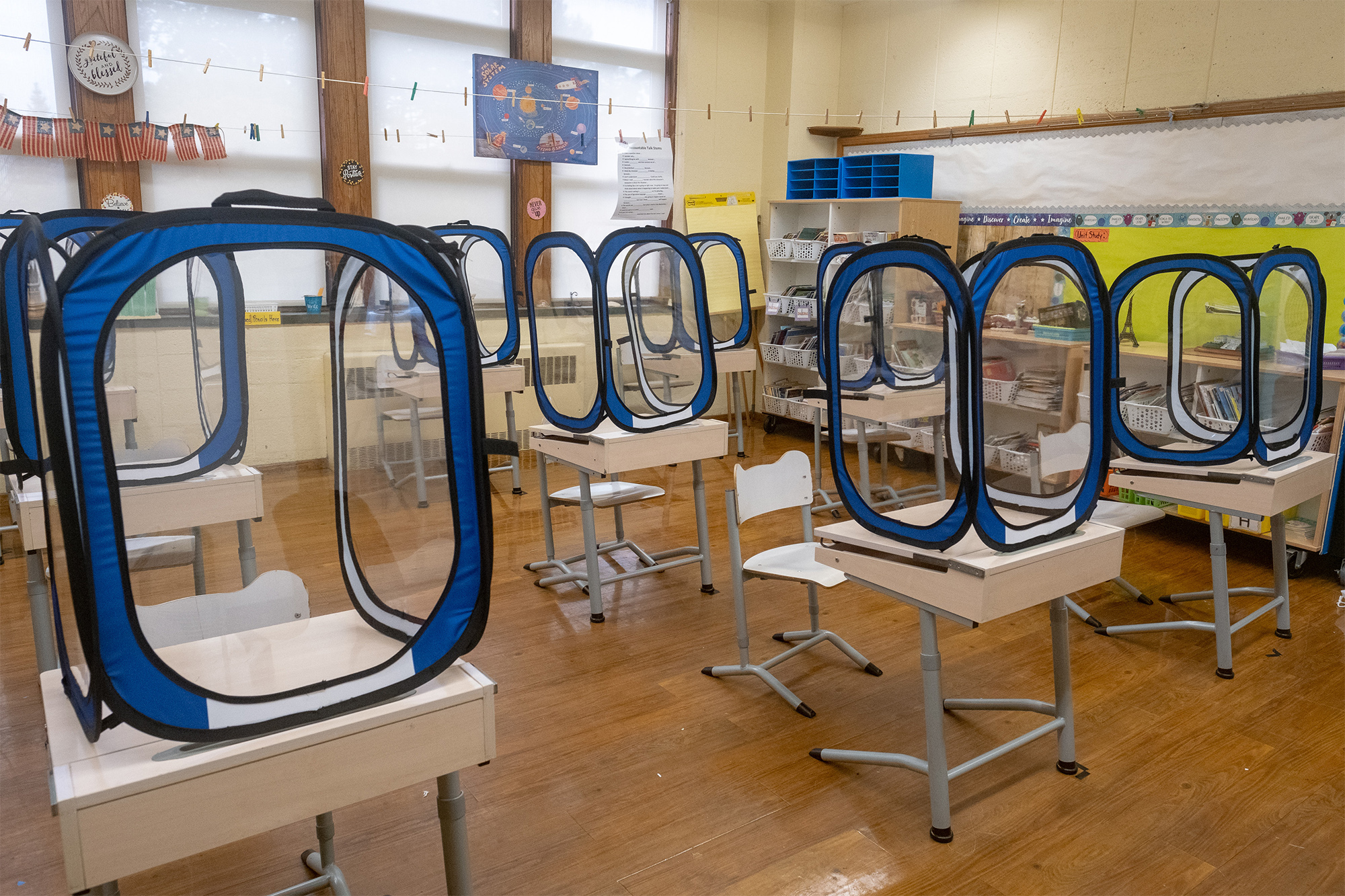 Mounting data shows that in-person classroom instruction has not significantly contributed to the spread of COVID-19 — suggesting schools could be safely reopened, CDC experts said in a report Tuesday.

Citing studies from North Carolina to Wisconsin and Mississippi, federal researchers said statistics increasingly show on-site learning has not been a major factor in spreading the coronavirus, as long as safety precautions are taken such as mask-wearing and social-distancing.

“There has been little evidence that schools have contributed meaningfully to increased community transmission,’’ the experts wrote in an article in the Journal of the American Medical Association.

“Accumulating data now suggest a path forward to maintain or return primarily or fully to in-person instructional delivery,’’ said the researchers with the Centers for Disease Control and Prevention.

“Some school-related activities have increased the risk of SARS-CoV-2 transmission among students and staff,’’ the report said.

“Numerous media reports of COVID-19 outbreaks among US high school athletic teams suggest that contact during both practices and competition, and at social gatherings associated with team sports, increase risk.”

The researchers suggested “limiting school-related activities such as indoor sports practice or competition that could increase transmission risk.’’

New York Gov. Andrew Cuomo — asked during a TV interview about the CDC experts saying schools are safe — said he could have told them that ages ago.

“I said here in New York months ago that all the data says the schools are safer than the surrounding community,” Cuomo said.

“Keep the schools open, and keep the children in the school. I’m glad the CDC confirmed that.

“Frankly, it’s going to be a big issue for the teacher’s union,” the governor added over increasing calls for more kids to head back to school.

Asked if teachers were the biggest obstacle to that happening, Cuomo replied, “In many areas, yes.

“I think the teacher’s union — if they know that it is safe, and they do the testing, and they see the data, and it’s safer than shopping in your local community — then what’s the argument [against it]?”

0 37
Share FacebookTwitterReddItWhatsAppPinterestEmailFacebook MessengerLinkedinTumblrTelegramStumbleUponVKDiggLINEViberOK.ru
Subscribe to our newsletter
Sign up here to get the latest news, updates and special offers delivered directly to your inbox.
You can unsubscribe at any time