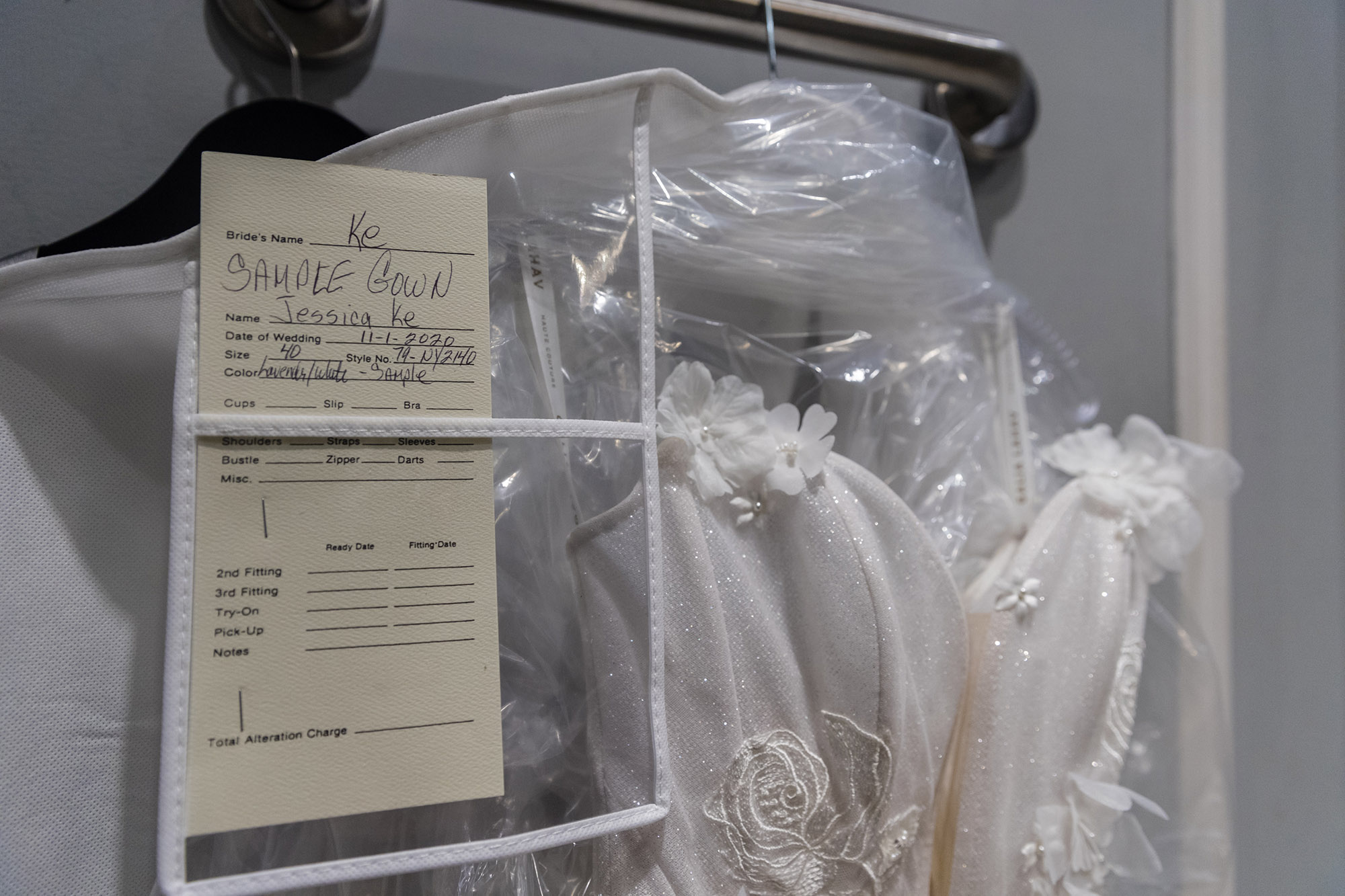 She wants to say no to the dress — but the beleaguered bridal shop she bought her wedding gown from claims they can’t afford to let her.

Jessica Ke, 42, went to Bridal Reflections on Fifth Avenue in March, hoping to find the dress of her dreams for a planned November nuptial.

Ke was “heavily pressured” into buying a floor sample of a stunning $15,000 Galia Lahav “Ruth” gown, with salespeople at the salon warning her she wouldn’t be able to purchase a custom dress in time because of looming pandemic-related shutdowns, Ke alleges in a lawsuit against the store.

When Bridal Reflections slashed the price to $9,000, and included alterations, Ke took the deal, plunking down a $5,300 deposit, she said in her Manhattan Supreme Court legal papers. Coronavirus restrictions shuttered the store the next day.

When Bridal Reflections reopened in the summer, Ke called asking for a refund of her deposit — in part because the pandemic canceled her wedding plans, she claims in court papers.

The Cushman & Wakefield employee claims the store not only refused to return her dough, but also declined to do alterations, forcing her to go to court to get her deposit returned.

Not so, Bridal Reflections co-owner Anthony Micari told The Post.

Micari said the store would be happy to do alterations on the A-line gown, which features 3D petals, sparkles, and a dramatic plunging neckline paired with a daring, thigh-high slit — and offered Ke store credit if she still didn’t want the Lahav.

Ke initially denied having signed a contract for the dress which specified “no refunds,” then disputed the charge with her credit card company — a challenge the store won, Micari claimed.

The store owner said “hundreds and hundreds of brides” had to push back their ceremonies, and “as a business, we as well as salons nationwide, took the position that we could not offer refunds on orders as this was not economically viable and would put stores out of business.”

But Ke wasn’t satisfied, allegedly telling a manager, “Hey lady, take the f—ing hit, you are a high-end store and have a lot of money,” the store charges.

“The dress is still at the salon and ready for her when she is ready to pay the balance and pick it up.  It is simply unfair that a customer can change their mind and put a company at risk by portraying us in a negative light during these tenuous times,” Micari added.

Ke had tried to negotiate by offering to pay a penalty, but was rebuffed, said her lawyer, Adam Roth.

“Due to COVID, related health concerns, and after the loss of an immediate family member, Ms. Ke did not have the luxury of any formal wedding gathering.  It’s quite frankly shocking that any business would be so unsympathetic and callous in a year of global crisis,” Roth said.

0 62
Share FacebookTwitterReddItWhatsAppPinterestEmailFacebook MessengerLinkedinTumblrTelegramStumbleUponVKDiggLINEViberOK.ru
Subscribe to our newsletter
Sign up here to get the latest news, updates and special offers delivered directly to your inbox.
You can unsubscribe at any time

Here’s what we know so far about Tiger Woods’ injuries

LaLiga: I advised Lautaro Martinez not to join Barcelona –…

NYC is no longer an ‘anarchist jurisdiction’ as Biden…

Jimmy Carter and wife go back to church after getting COVID…

Florida man ‘blacked out’ before using scissors to sever his…