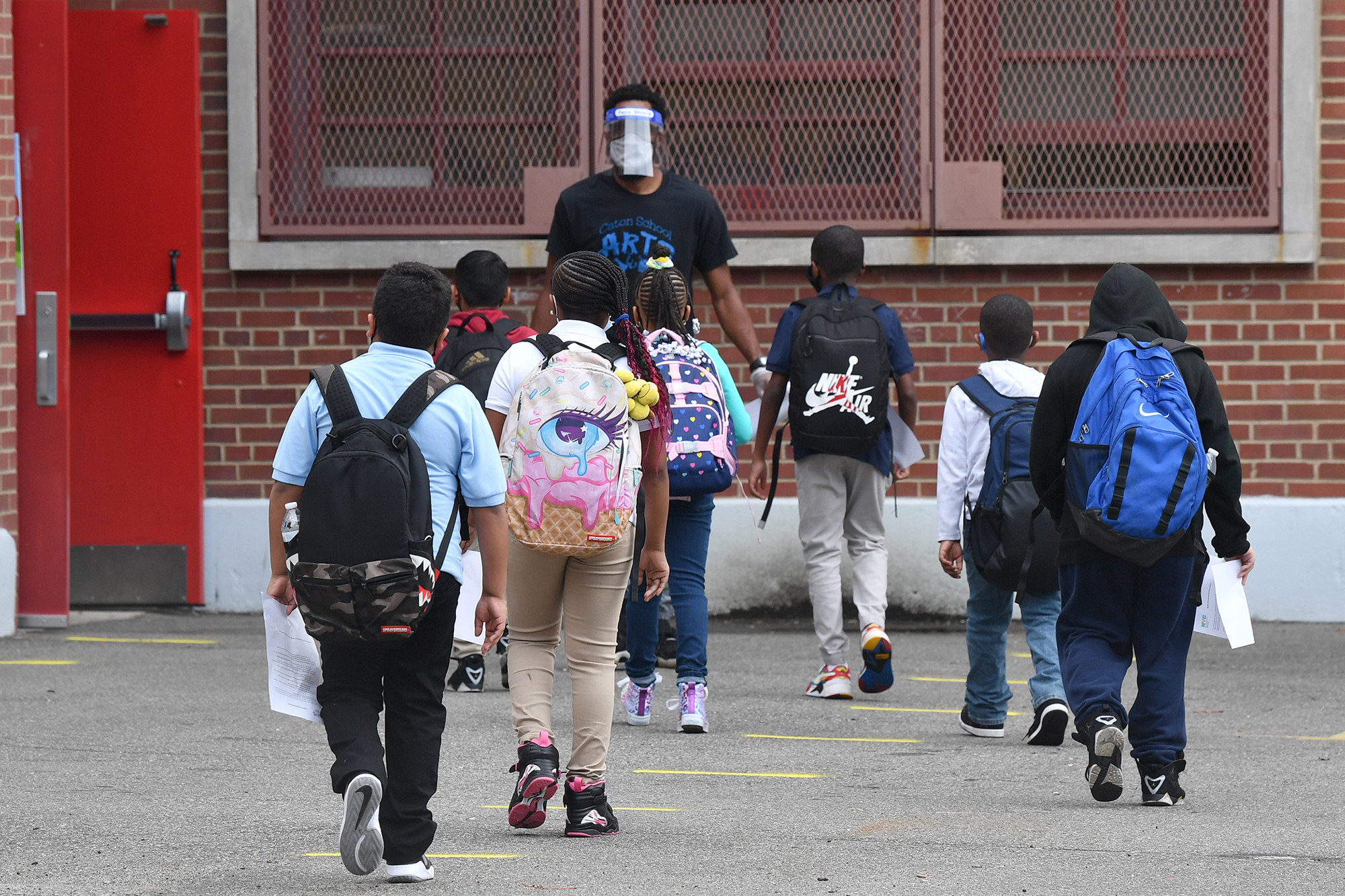 Hundreds of thousands of New York City public school students and their teachers returned to their classrooms Tuesday for the first time in six months — despite some feelings of resignation and helplessness over COVID-19 concerns.

The Department of Education reopened buildings for kids in K-5 and K-8 schools who opted for a blended learning model that will have them alternate between remote and in-person classes.

Around half of the city’s 520,000 kids opted for blended learning while roughly 480,000 have chosen to learn remotely from home full-time.

Sow Mamadou, 50, a cab driver who has a 10-year-old daughter in the fifth grade at PS 249-The Caton School in Flatbush, is one of the parents who decided to take a chance — albeit very cautiously.

“It’s not safe but we have to try,” Mamadou told the Post. “They said more people are getting the virus again.”

“As soon as I hear a cough or hear of any contamination, I am taking my daughter out right away,” he added. “That is where I draw the line.”

Despite opting for the blended learning model, Mamadou conceded that the city probably should have waited until January to re-open schools.

“They are not sure of anything,” the anxious father said. “When the kids are out of sight, they don’t know what they are doing — what they will touch.”

“If they catch anything here, they bring it home,” he added. “That’s my worst fear. I have a wife and daughter … Little kids can get it, too, so I worry about that. Sometimes you don’t even know until they get really sick. That’s not good — as a father, it makes me


But Mamadou’s daughter laughed and said she was looking forward to getting back in the classroom.

“I’m ready to go back,” the little girl said. “I love school and I’m tired of staying home.”

Anyone entering the building Tuesday morning was required to fill out a health screening form with questions about any COVID symptoms, positive test results, contact with others who are infected or symptomatic, and recent travel.

A male teacher said he is aware of the resistance from the principals’ and teachers’ unions but he still believes it’s safe to return to in-person classes — at least at his school.

“Certain schools have the resources, some don’t,” he said. “This one does.”

Other teachers are not so certain.

“There is nothing we can do but to show up and do our best,” a different teacher told The Post upon arriving at the school.

“Good morning everybody,” another educator said as some students walked in smiling. “Good luck today.”

Store apologizes for not allowing woman to buy…

The Things You Do – Sonchi Dickson

Scientists call on WHO to provide guidance on indoor…