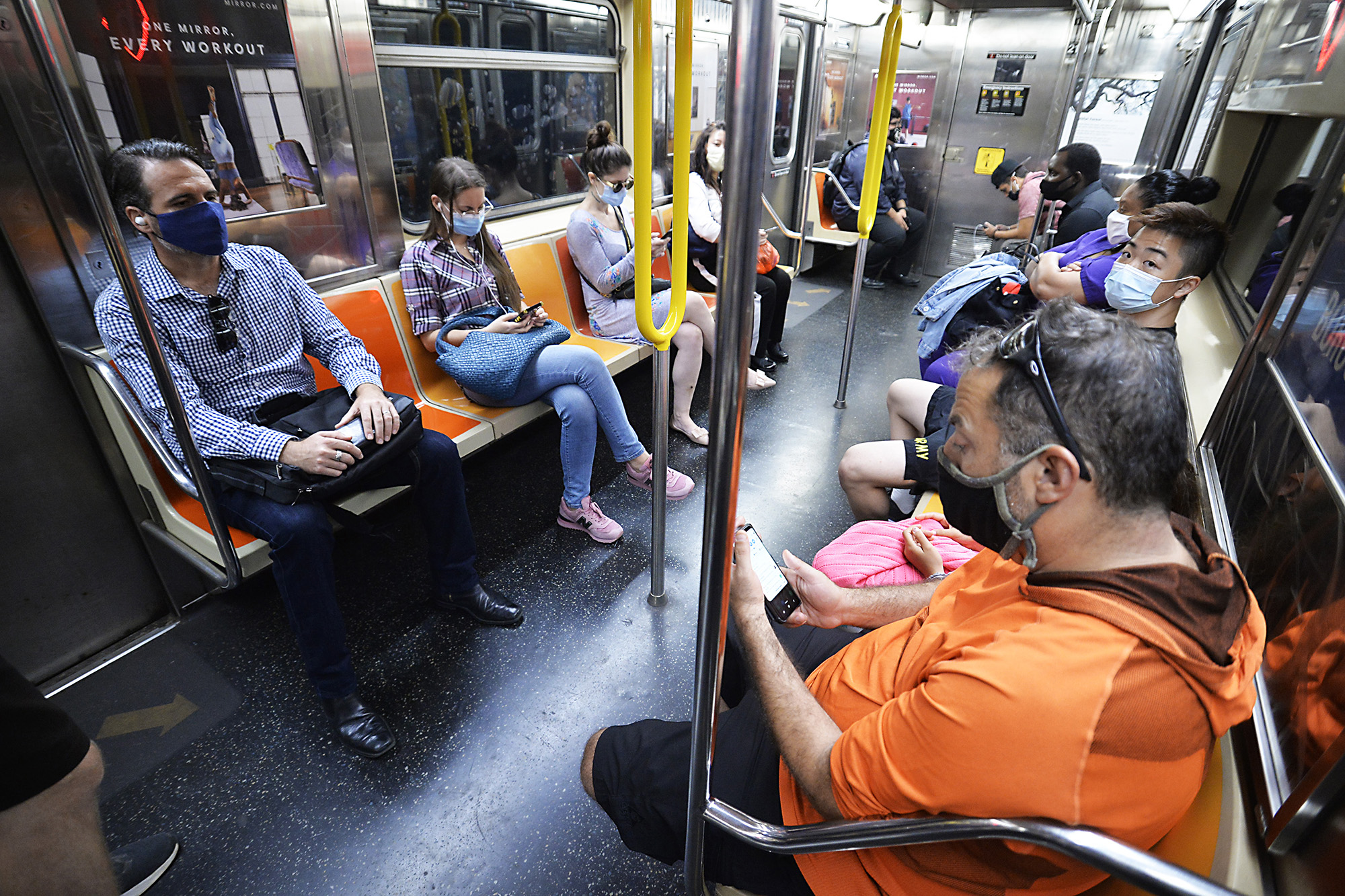 Cops have given out just one ticket to a straphanger for refusing to wear a mask on transit since Gov. Andrew Cuomo instituted a $50 fine last week, officials said Wednesday.

MTA police officers issued the single summons at Penn Station on Saturday to a drunk customer who harassed an employee, then showed cops a fake ID when they tried to issue him a summons, the agency said.

The unnamed man had previously refused to mask-up while loitering outside a Long Island Rail Road ticket window, an agency spokesman said.

NYPD cops, meanwhile, had not given out any mask summonses of Wednesday, the department said.

Transit officials and police leaders have said the purpose of the $50 penalty is to increase enforcement and compliance, not give out tickets.

Ninety-three percent of MTA riders are wearing masks on their trips — though 15 percent of those people aren’t doing so properly, instead tucking it under their nose or chin, according to MTA surveys.

Speaking at Wednesday’s MTA boarding meeting, agency Chairman Pat Foye said his cops had “helped” 3,200 riders put on a mask since the fines went into effect on Sept. 14.

Foye said the fine “has proven to be a valuable tool to encourage mask usage across our system.”

Read More:  May 29: Presidency lists Buhari’s achievement in five years
0
Share FacebookTwitterReddItWhatsAppPinterestEmailLinkedinTumblrTelegramStumbleUponVKDiggLINEBlackBerryViberOK.ruFacebook Messenger
Subscribe to our newsletter
Sign up here to get the latest news, updates and special offers delivered directly to your inbox.
You can unsubscribe at any time

‘Crazy’ beekeepers determined to make it in tough times

EPL: Martial to leave Man Utd on one condition