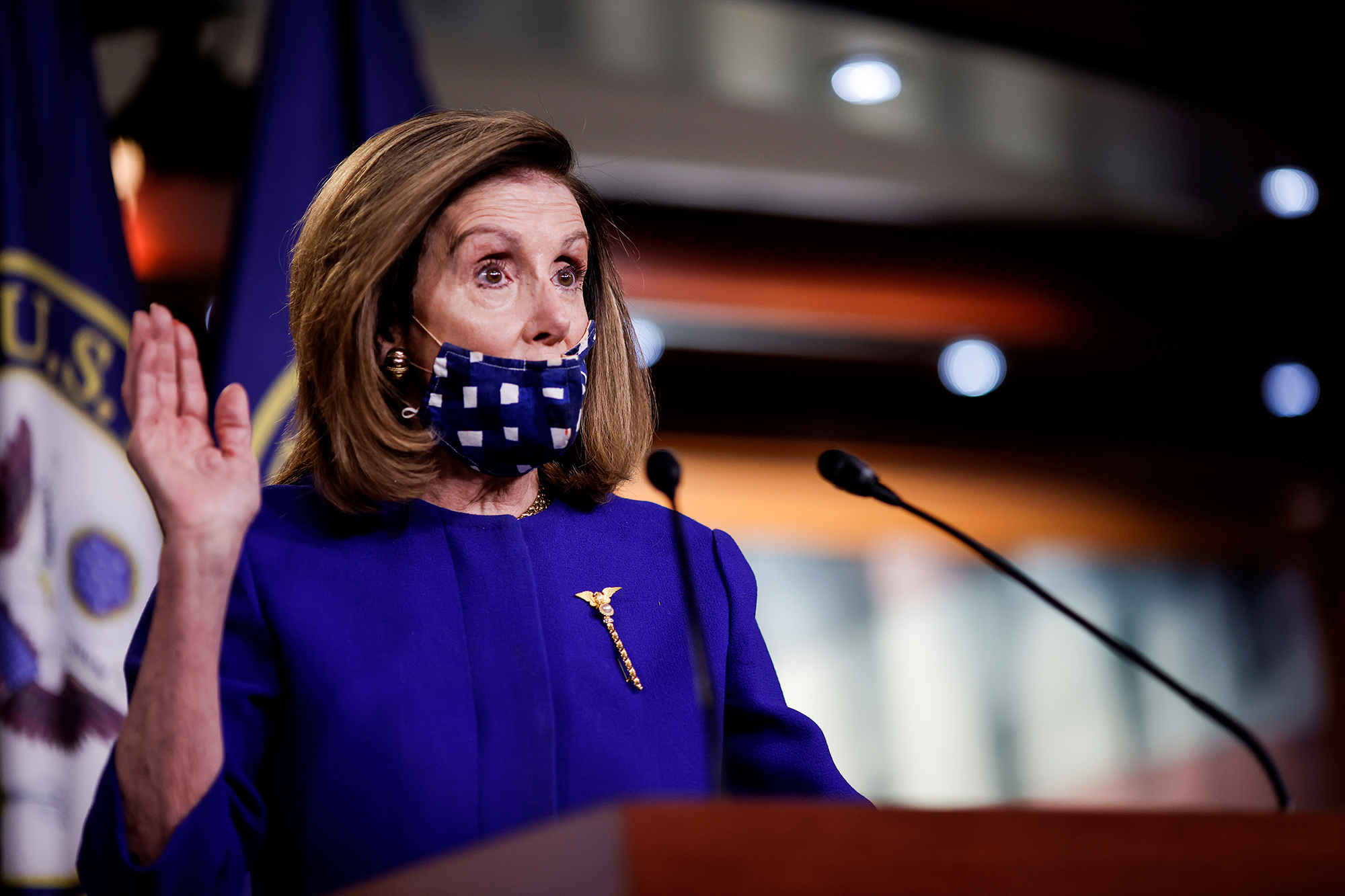 Pelosi, who is second in line to the presidency after Pence, held a mid-morning press conference with Maryland Congressman Jamie Raskin on introducing the Commission on Presidential Capacity to Discharge the Powers and Duties of Office Act, which would evaluate Trump’s fitness for office.

“This is not about President Trump,” she insisted. “He will face the judgement on the voters, but he shows the need for us to create a process for future presidents,” she went on, referring to his diagnosis with COVID-19.

The commission would consist of 16 members appointed by both Republican and Democratic lawmakers — eight of which would be medical professionals and another 8 former members of the executive branch like past presidents and vice presidents, Raskin said.

The speaker was pressed on the timing of the bill, which comes just 25 days before election day, but denied the commission was politically-motivated.

“It’s not about the election at all,” she said. “Again, this is about any judgement anybody has on anybody’s behaviour. This is about a diagnosis, a professional medical diagnosis.”

The pair teased the bill on Thursday, saying it would “enable Congress to help ensure effective and uninterrupted leadership in the highest office in the Executive Branch of government.”

The 25th Amendment, ratified in 1967, says a president can be involuntarily stripped of his powers if he’s unable to fulfill his duties. The unprecedented move would require a 2/3 vote of both houses.

The Pelosi-backed bill would have to be passed by both houses and would likely die in the Republican-held Senate.

It would also have to be signed by the president.

Pelosi has questioned Trump’s mental and physical fitness following his coronavirus diagnosis last week, claiming that he’s “in an altered state right now” and saying the steroid dexamethasone he received may impede his judgment.

Reporters mentioned this to Pelosi at her briefing and said the American people could be skeptical of her motives given the fact Congress had already moved to impeach Trump.

“We have to give some comfort to people that there is a way to do this very respectful, not making a judgement on the basis of a comment or behaviour that we don’t like, but based on a medical decision, again, with the full involvement of the vice president of the United states, whoever she or he may be at the time,” Pelosi said.

Trump returned fire on Thursday, tweeting, “Crazy Nancy is the one who should be under observation. They don’t call her Crazy for nothing!”

White House Dr. Sean Conley, meanwhile, has said the president is making a strong recovery from COVID-19 after completing treatment for the disease.