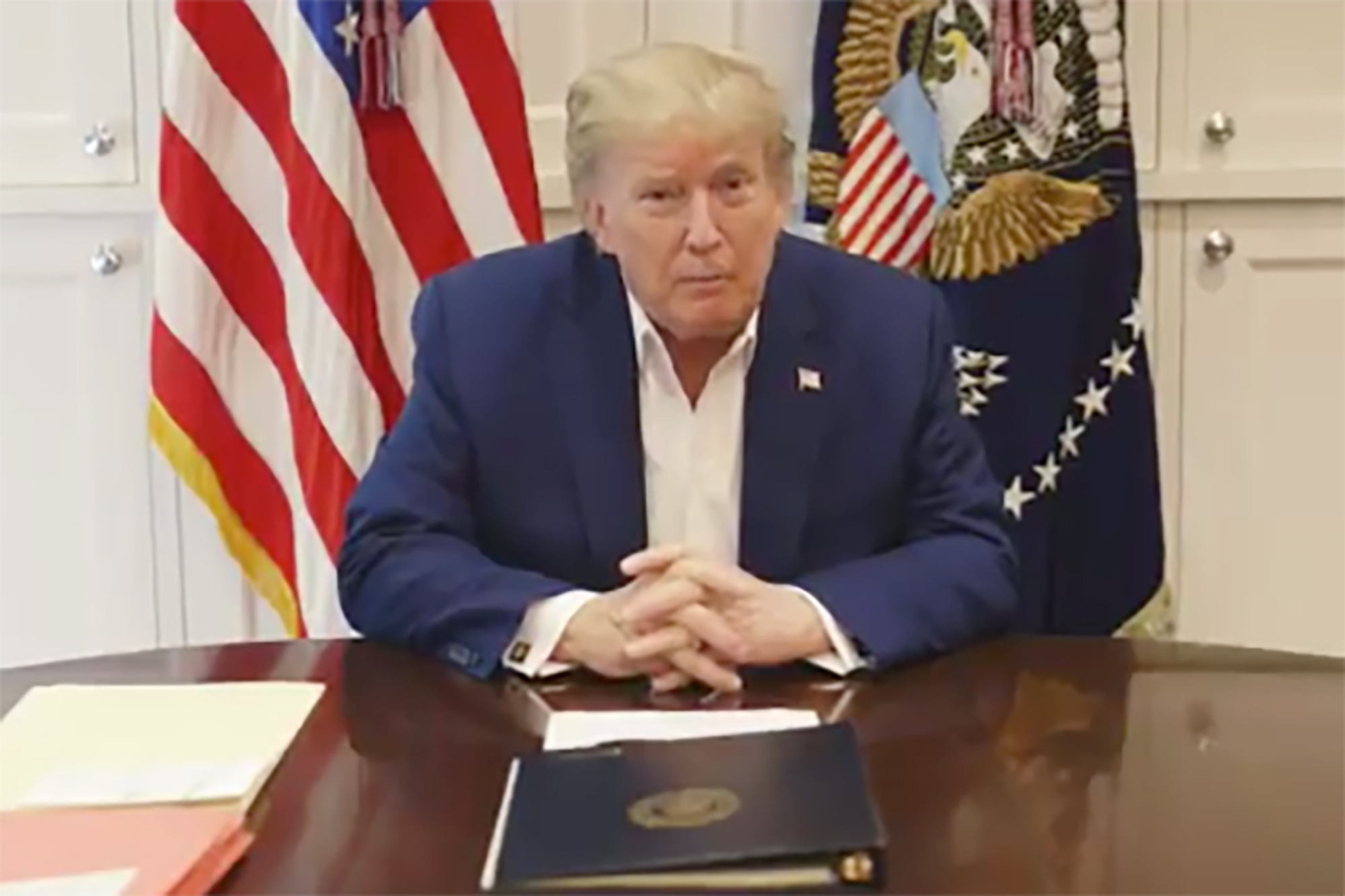 President Trump promised Saturday he’d “be back soon” and said he’s “doing well” as he battles the coronavirus.

In a four-minute video message posted to Twitter, the president lavished praised on the “incredible” medical professionals at Walter Reed Medical Center, where he is being treated, and thanked his well-wishers.

Calling the facility “the finest in the world,” Trump said he’s “starting to feel good.”

“You don’t know, over the next period of a few days, I guess that’s the real test so we’ll be seeing what happens.”

“I came here, I wasn’t feeling so well. I feel much better now. We’re working hard to get me all the way back,” he said as he sat behind a desk, wearing a navy blazer and white shirt.

“I have to be back because we still have to make America great again. We’ve done an awfully good job of that, but we still have steps to go and we have to finish that job.

Trump acknowledged he hadn’t played it safe as the pandemic swept the nation, but said he didn’t want to stay “locked up.”

“I can’t do that,” Trump said. “I had to be out front. This is America, this is the United States, this is the greatest country in the

world, this is the most powerful country in the world. I can’t be locked up in a room upstairs, totally safe, and just say, ‘Hey whatever happens, happens.’”

“As a leader, you have to confront problems.”

He pledged to finish the presidential campaign and said he’s fighting for the millions worldwide impacted by the pandemic.

“We’re gonna beat this coronavirus — or whatever you want to call it — and we’re going to beat it soundly,” he said.

He called therapeutics used to treat COVID-19 “miracles coming down from God.”

“I very much appreciate it and I won’t forget it,” he said.

Cruise ships can resume sailing in US waters — but no passengers, yet