The Flaming Lips perform for audience inside plastic bubbles 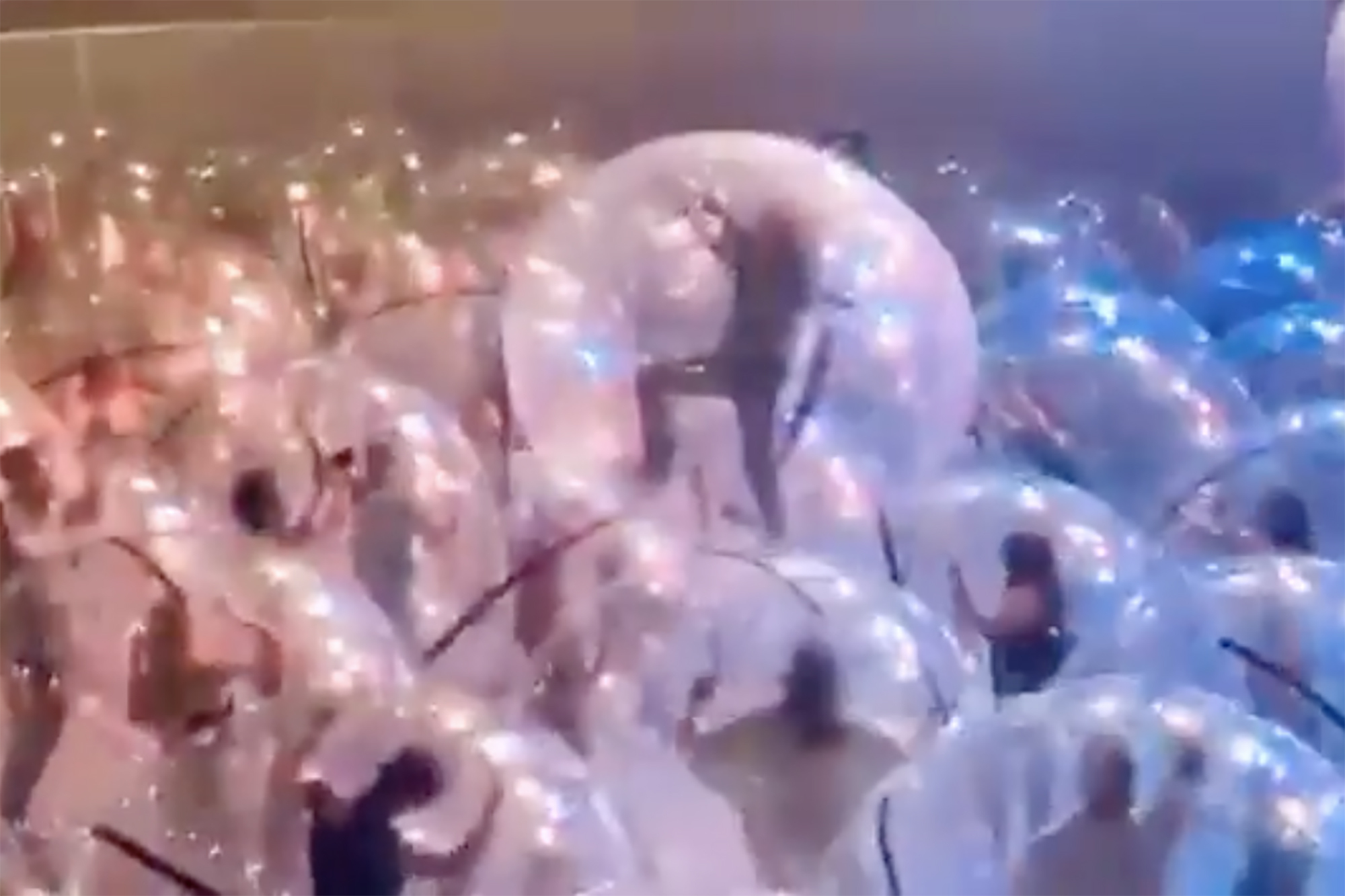 Does the future of live performance mean the audience is encased in individual bubbles?

Wayne Coyne, a long-time bubble fan and frontman of the Flaming Lips, believes so — and that the future is now.

For a live show Monday in Oklahoma City, where the group formed in 1983, Coyne performed in a bubble for an audience of people also in their own orbs. Video posted by Coyne of the innovative, COVID-safe show at the Criterion initially looks like a transparent ball pit, with viewers comparing the bubbles to hamster balls, tadpole embryos and “frogspawn” in the comments. (The question of how bubbled audiences go about using the restroom was also raised.)

“Yessss!!! Last night at @criterionokc !!! Thank you,” Coyne captioned the video, which has racked up over 57,000 views.

In the moment captured in the clip, attendees look euphoric in their mosh pits of one, with Coyne, 59, singing in a bubble on top of their bubbles.

Before Monday’s show, Coyne spoke to music blog BrooklynVegan about his plan to play for bubbled audiences. “It seems absurd, but . . . it’s becoming kind of serious and real,” said the singer, who for years has crowd-surfed while performing encased in a bubble at his own shows. “We’re starting to get ready to do an actual show where . . . there’s three people in each of these space bubbles, and we play . . . two shows a night, and getting a big audience in there each time.”

Coyne first tested the bubbled-audience concept at “The Late Show with Stephen Colbert” in June, which the live audience attended in bubbles.

In September, Coyne posted an image of his band’s equipment in deflated bubbles — a sight which, if not for widespread awareness of the ongoing coronavirus pandemic, would look like someone had blanketed a drum set and keyboard in an obscene amount of cellophane.

Tension in Jos, as hoodlums against End SARS protest, kill…

LaLiga: Why Real Madrid will not play home fixtures at…