The media’s mad race obsession and other commentary 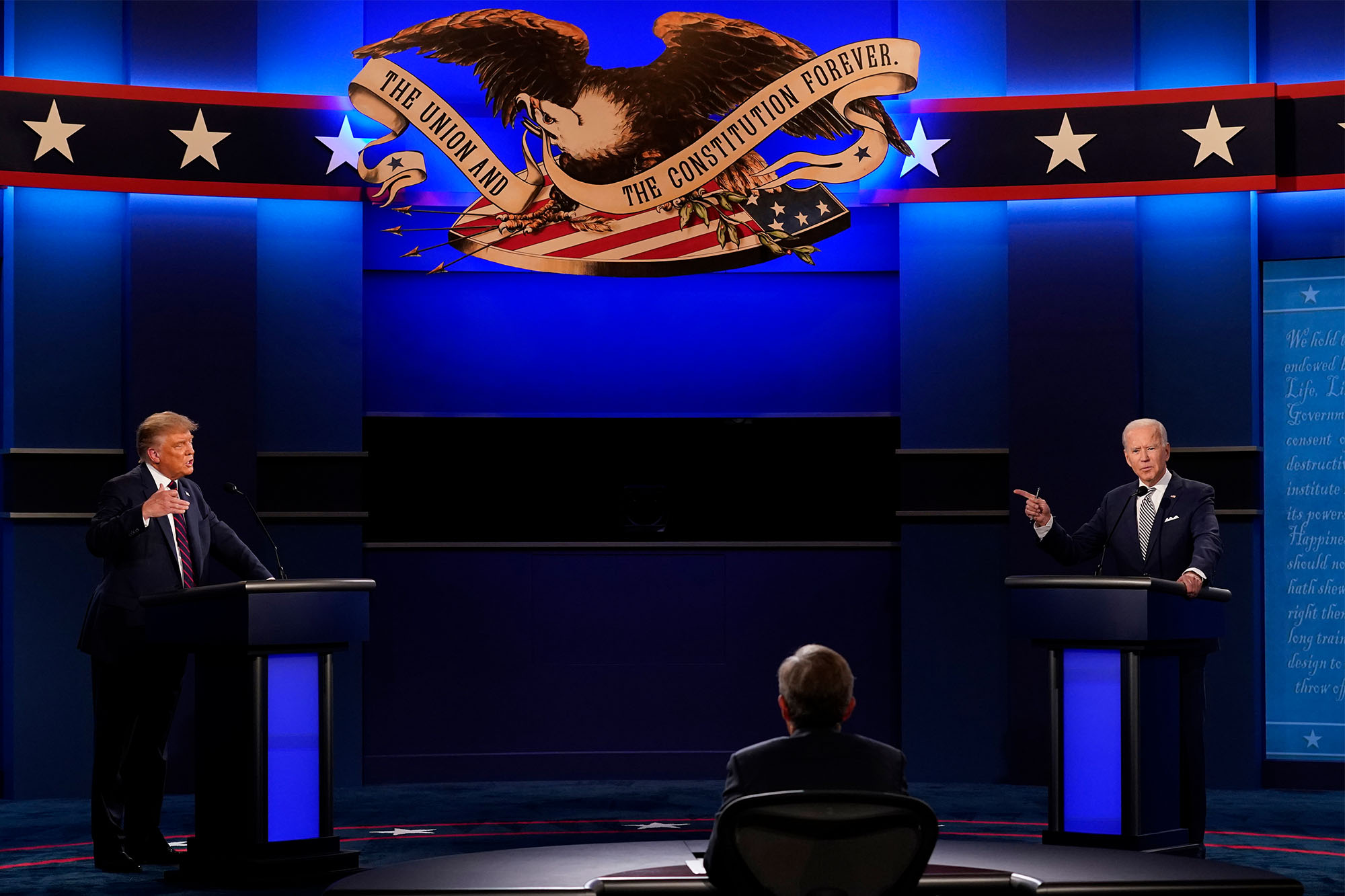 The first presidential debate was “atrocious” — but, argues Spiked ­Online’s Brendan O’Neill, the media’s race-obsessed coverage “hasn’t been much better.” President Trump’s ambiguous words on the right-wing Proud Boys “have whipped up global fury and rejuvenated the chattering classes’ beloved pastime of Trump-bashing. See, Trump is a white supremacist, they’re saying.” Trump’s subsequent clarification was of no avail, and the prestige press didn’t consider the possibility that he merely misspoke. The bigger problem is that “the media elite’s obsession with white-supremacist groups” suggests a corresponding blindness to the depredations of the hard left. “It isn’t the Proud Boys who have harassed diners and stormed into suburbia calling people ‘motherf - - - ers’ and insisting that they bow down to the supposedly correct political worldview — it is the upper-middle-class, often white supporters of BLM who have done that.”

From the right: Big Tech for Biden

Despite the benign name, the Transition Integrity Project is “a massive operation — cosigned by the most powerful media, business and political interests in the country — performing Biden’s dirty work behind the scenes,” warns July Kelly of American Greatness. A think tank closely linked to the group is full of “Silicon Valley tycoons and other assorted billionaires hell-bent on taking down this president” — including a co-founder of LinkedIn, a Google boss and a co-founder of Snapchat. The goal, according to TIP’s “battle plan,” is to extend the election long past Election Day, with action “in the courts, in the media and in the streets through peaceful protest,” likely aimed at preventing the incumbent from claiming victory, even if he appears to have won the Electoral College. TIP activists

view themselves resisting authoritarianism, yet their Big Tech friends don’t hesitate to use authoritarian means, including, in Snapchat’s case, censoring President Trump’s account. And given Big Tech’s mastery over communication, “their ability to sway the outcome of the presidential election is real — and terrifying.”

Even though Amy Coney Barrett has a successful career and family life, modern feminists see her pro-life stance as a “reason to not let her be part of the feminist club,” notes The Post Millennial’s Libby Emmons. Hysterical attacks against Barrett prove that “contemporary American feminism only supports women that toe the progressive line,” instead of focusing on winning “equality under the law for women, regardless of their political views.” In “old terms” of standing up for women and pursuing success, “Barrett is the ultimate feminist.” But she “doesn’t do what she’s told, and that’s what feminists really can’t stand.”

Read More:  Post-corona, the working class will blow a gasket over Chinese trade

Gov. Cuomo’s COVID-19 news conferences long ago degenerated into farce, charges Joel Zinburg at City Journal, but his “recent discussion of what New York will do when the Food and Drug ­Administration approves a COVID-19 vaccine” was a new low. To

wit, Cuomo said he wouldn’t trust federal approval of the vaccine and would instead have Empire State scientists test it. Really? “So instead of relying on the FDA, which has been evaluating drug safety and effectiveness for 60 years, Cuomo will rely on a state Department of Health that has no expertise in evaluating clinical trials to assess the safety and efficacy of new products?” It just goes to show that for Cuomo, all that matters is “deflecting attention from his own failed pandemic response and pointing fingers at political opponents.”

Simon Jenkins was once “disinclined to take” critical theory “too seriously,” he writes at The Times Literary Supplement. “It holds that truth in all forms is subjective, a function of power exerted by the privileged over the victimized.” That’s ridiculous, but “its adoption of militant direct action to enforce its creed” has made it dangerous — “a totalitarian cult” whose “adherents seek to persecute those who disagree with them.” And unfortunately, “persecution is transformed by digital media, which can be targeted at individuals with all the summary justice of a Wild West lynch mob.” — Compiled by The Post Editorial Board

Cruise ships can resume sailing in US waters — but no passengers, yet