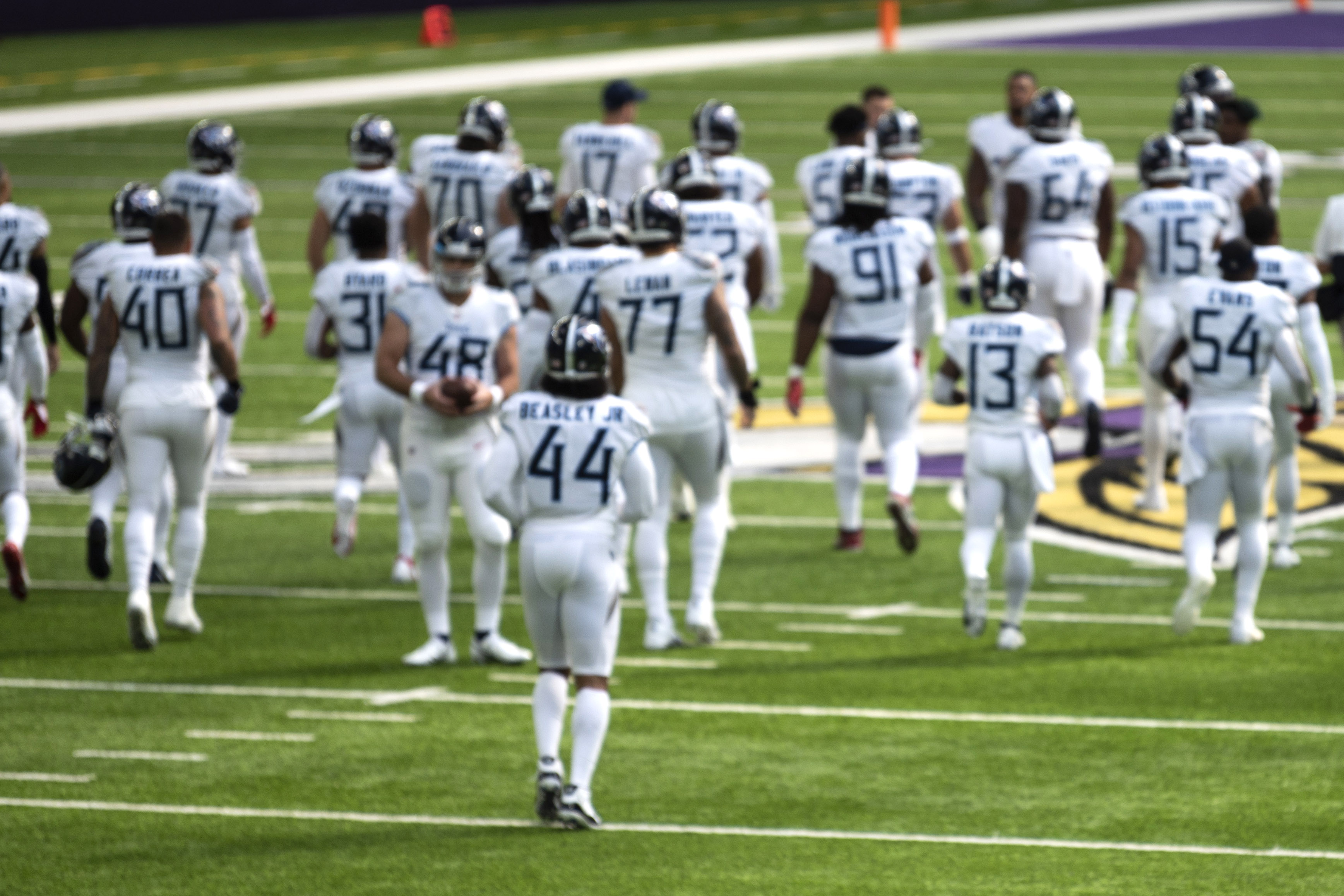 The NFL’s first coronavirus outbreak continued into the weekend, as three more members of the Tennessee Titans organization, including one player, tested positive on Saturday, according to multiple reports.

In total, 16 members of the Titans organization — eight players and eight others — have tested positive for the virus, as the Titans became the first team to have multiple players and personnel contract the virus in the 2020 season.

The Titans-Steelers Week 4 matchup initially scheduled for Sunday had already been pushed back to Oct. 25 in Week 7 after the first cases were reported earlier this week.

The Titans’ Week 3 opponent, the Minnesota Vikings, has not had any members of its team test positive since the Tennessee outbreak began.

The list is dedicated to players who have either contracted the virus or have come in close contact with someone who has.

Titans coach Mike Vrabel told reporters on Wednesday that some of the players who tested positive were experiencing flu-like symptoms.

Boko Haram: How terrorists, their hideouts were destroyed in Borno – Military

Rhapsody of Realities 27 October 2020 — Custodians Of The…

Nigeria vs Algeria: Why I included former Germany captain,…

NCDC releases list of states with molecular labs for testing…