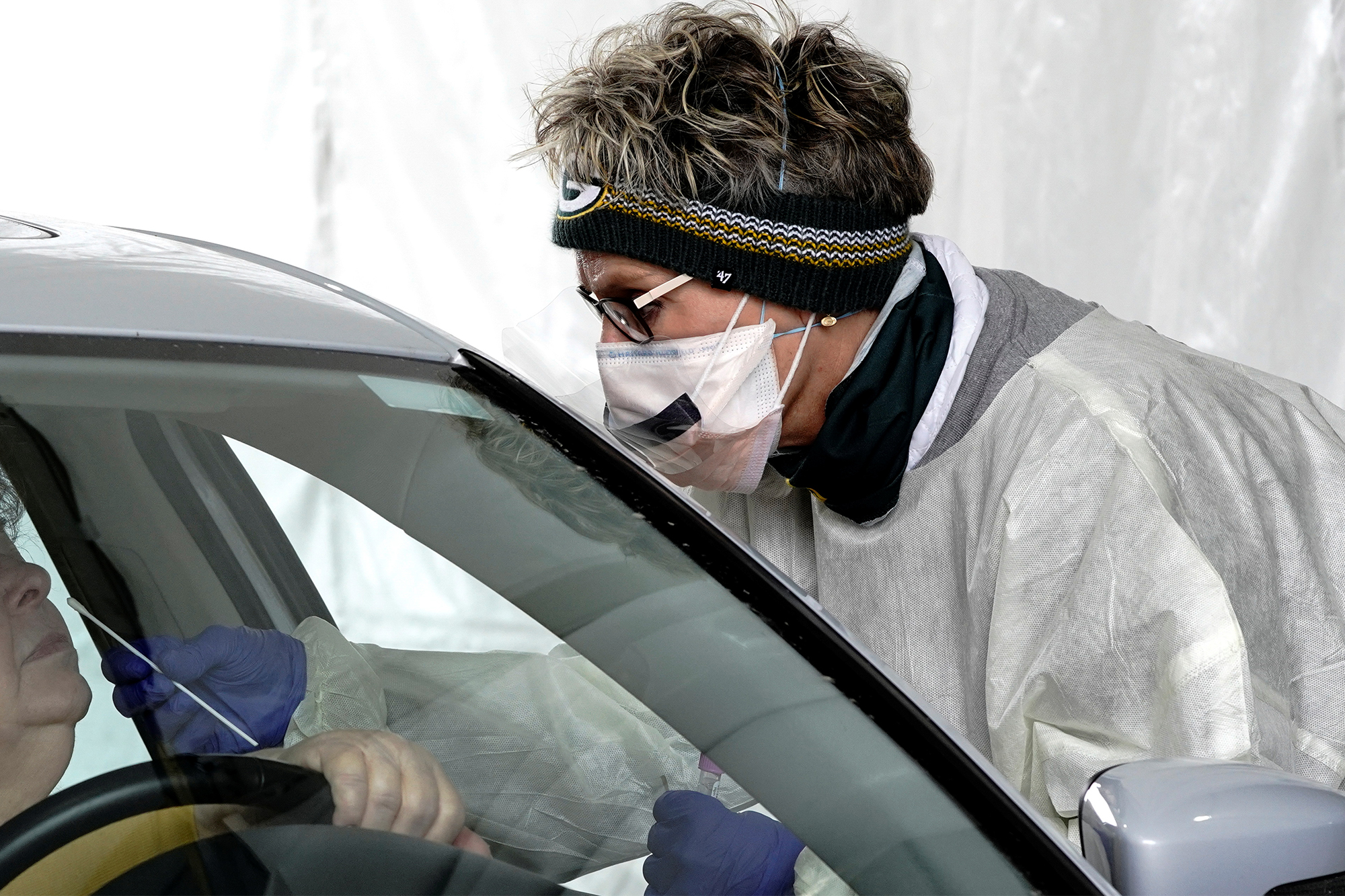 This month, three scientists published the Great Barrington Declaration, an anti-lockdown manifesto calling for a more humane response to the novel coronavirus that would isolate and protecREUTERS/Bing Guant the vulnerable while letting everyone else return to normalcy. Yet, The Spectator’s Toby Young sighs, the declaration has been the victim of a “well-orchestrated attempt to suppress and discredit it.” Opponents have treated it as the work of cranks, though “the three scientists who created it” are “professors at Oxford, Harvard and Stanford. And since its launch, the declaration been signed by tens of thousands of epidemiologists and public-health scientists, including a Nobel Prize winner.” Young advises: “Ignore the censors and the smear merchants. Go to gbdeclaration.org right now and sign the petition.”

Polls in Michigan, “the site of Donald Trump’s most surprising victory in 2016,” are similar to four years ago, but “one anomaly is the apparent closeness of the Senate race,” reports The Week’s Matthew Walther. GOP businessman John James is much closer to Democratic incumbent Sen. Gary Peters in polls than expected, a fact that casts doubt on Joe Biden’s lead. If Trump is to lose Michigan, “he will not do so lagging behind a political unknown in a Senate race that virtually no one expected to be competitive.” Of course, if the prez can hold other swing states like Florida and Arizona, he won’t need Michigan. Still, “if James’ recent surge in polls reflects something more closely resembling the actual state of the race, Trump’s people need not despair.”

Read More:  60 per cent of COVID-19 cases in Rivers are oil workers – Wike

“That America is a racist country is the great self-evident truth of the left and of the ruling class whose moral opinions are shaped by it,” writes David Azerrad at The Federalist. Yet it’s only “self-evident” in the sense that it’s held up as dogma, with “the predicate (racism)” treated as “contained in the subject (America)” — meaning “American racism cannot be refuted. It is impervious to counterarguments, data, and historical developments.” Why? “Playing the race card allows them to detract attention from their own corruption and the radical ideas they espouse. Whatever faults they have, at least they’re not racists like Donald Trump, the ­Republicans and their base of deplorables.” The political benefit is that “the right is thus constrained to fight the enemy on the enemy’s own terms.”

Just a year ago, Joe Biden declared himself decisively against court packing, but “the version of Biden who was once clear-eyed about the dangers of expanding the Supreme Court has recently become much foggier on the topic,” worries Reason’s Eric Boehm. Following President Trump’s nomination of Amy Coney Barrett to the high court, the ex-veep refused to clarify one way or another before suggesting that court-packing is a “bad idea” — but without refusing to rule it out. Then, during Thursday’s town hall, he granted that voters deserved to know his position before Election Day without, in fact, spelling out that position. Biden’s obfuscation is obviously a “calculated political maneuver” to avoid alienating either side, but “refusing to commit one way or the other is disrespectful to the people whose support Biden is seeking. Lots of people are already voting. This isn’t a new issue, and Biden should have been able to provide a clear and direct answer by now.”

In the Netherlands, warns Jonathan Van Maren in First Things, the government “is preparing to legalize euthanasia for children between the ages of one and twelve.” The move is popular with physicians and parents, many of whom consider it morally OK to kill children facing terminal illness. “When a doctor gives a lethal injection to a suffering infant, regardless of his motivation, he is killing that child; he and other adults have decided that child is better off dead. We used to understand how wrong that is. The Dutch government . . . appears to have forgotten.”

End SARS: Use of bullets, curfew will fail – Afe Babalola…