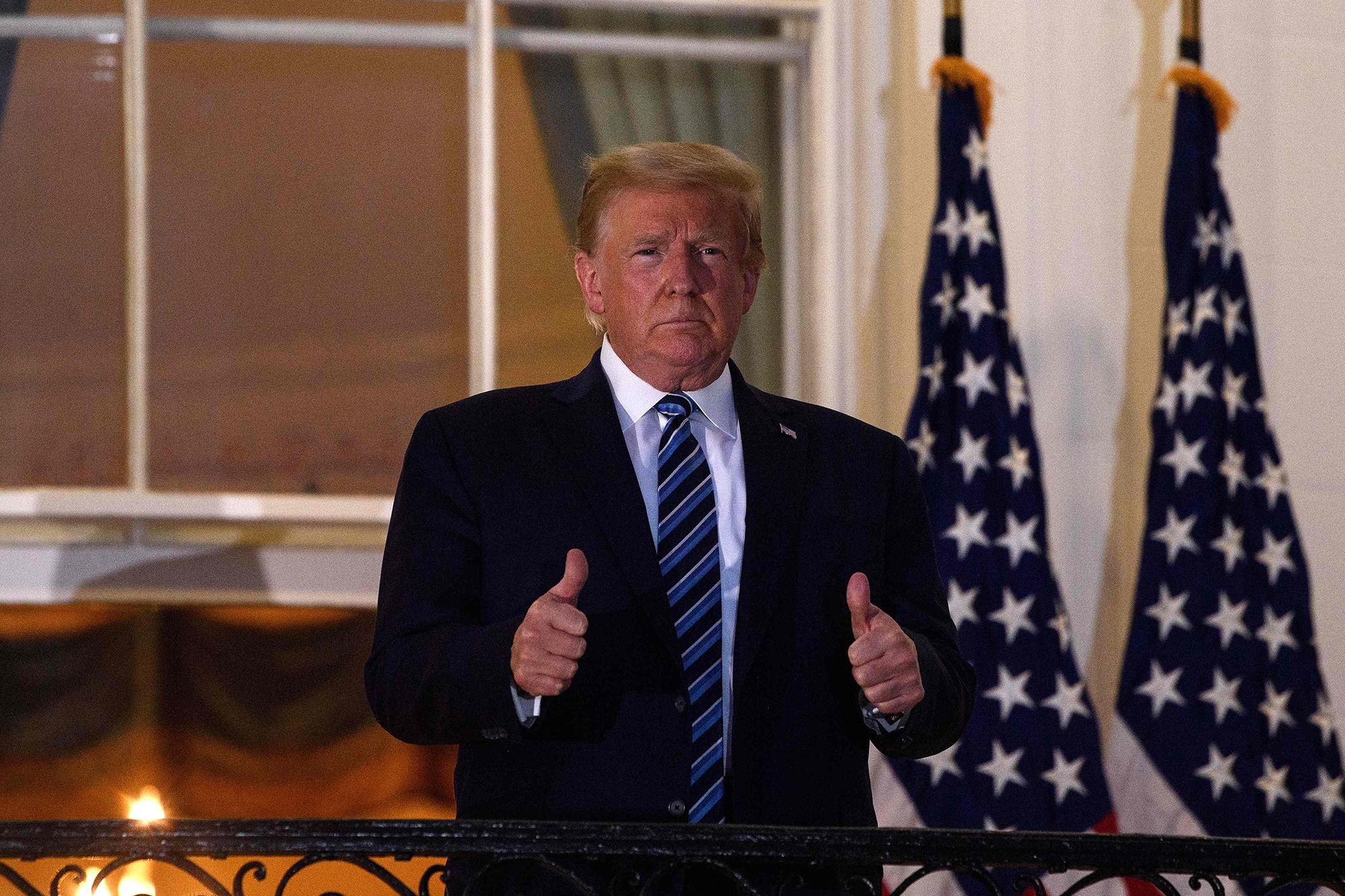 WASHINGTON — President Trump plans to deliver a speech from the White House balcony Saturday to hundreds of supporters on the South Lawn, his first in-person event since being hospitalized with the coronavirus a week ago.

The event is being touted as a gathering of “peaceful protesters” who will hear the president speak on law and order, a central tenet of his re-election campaign, according to a copy of the invitation first obtained by ABC News.

The gathering may coincide with a previously planned event organized by Candace Owens’ group Blexit, a campaign to urge Black Americans to leave the Democratic Party.

A source with knowledge of the plans told The Post that “all attendees must bring a mask with them and will be instructed to wear it on the White House Complex.”

“All attendees must submit to a COVID-19 screening tomorrow morning,” the source added, though that won’t include a test for the virus, as had been required for people in close contact with Trump.

Read More:  New app alerts New Yorkers if they’re near someone with COVID-19

The screening “will consist of a temperature check and a brief questionnaire,” the source said. “The health and safety of all attendees is our priority and following CDC guidelines is strongly encouraged.”

The commander-in-chief’s physician Dr. Sean Conley cleared Trump to begin taking part in campaign events from this Saturday after he was diagnosed with the deadly respiratory bug last Thursday.

It’s still unclear whether the president is carrying COVID-19 and when he last tested negative for the disease which has killed more than 200,000 Americans.

His campaign has also announced he will get back out on the campaign trail Monday in Florida.

End SARS: Buhari not citizen of Nigeria, I doubt everything…

Prophet Amaukwu reveals what God told him about Nigeria,…

APC urges Obiano to prosecute policemen who killed youth in…