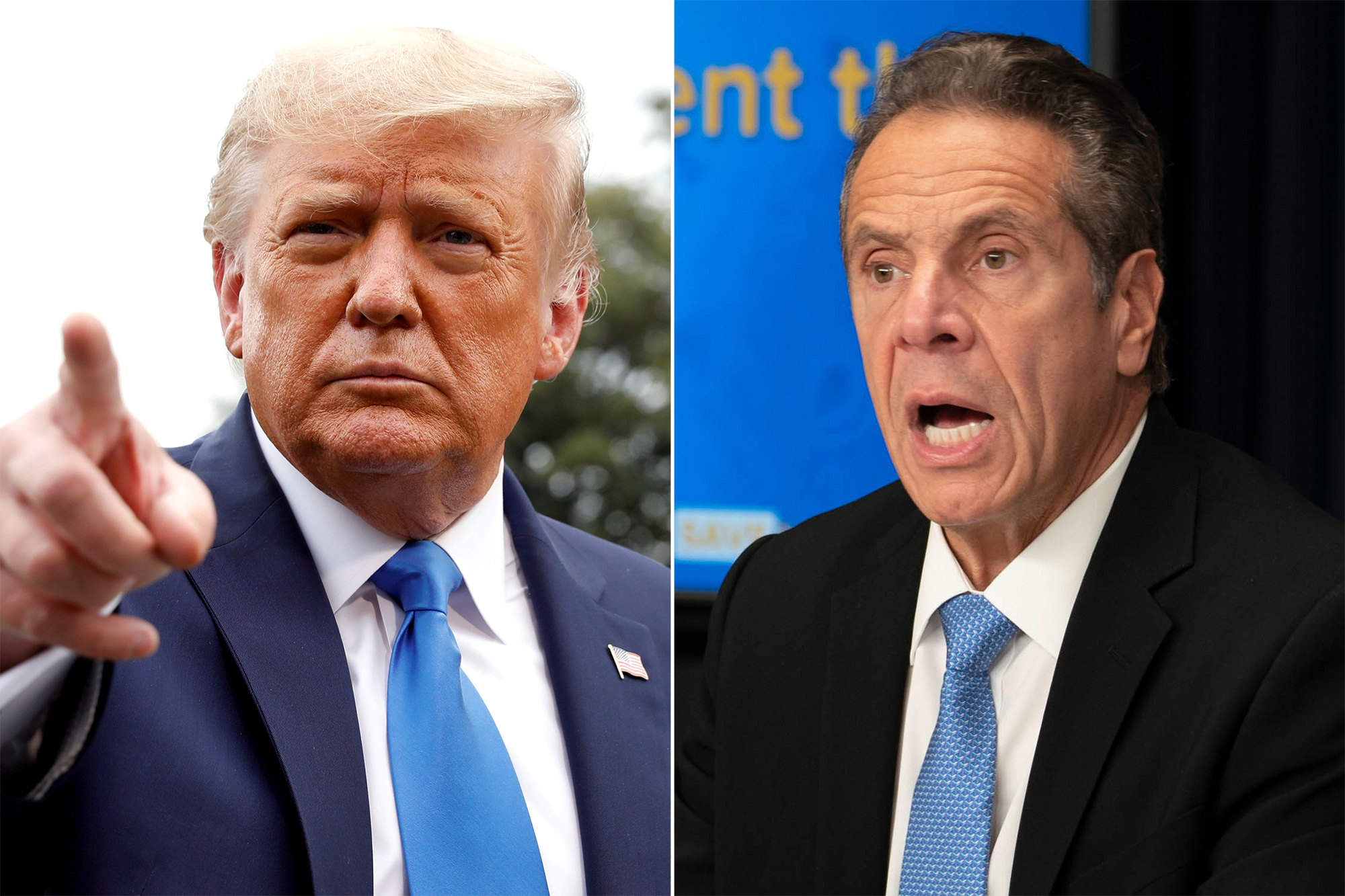 WASHINGTON — President Trump skewered Gov. Andrew Cuomo on Friday after he threatened to slow-roll a COVID-19 vaccine in New York — telling the Democrat he should have trusted his guidance on nursing homes, too.

“Governor Andrew Cuomo of New York wants to put New York at the END of the Vaccine List in that he doesn’t trust the FDA or Federal Government, even though the Vaccines are being developed by the finest Labs in the World,” Trump wrote in a tweet.

“Wish he trusted us on Nursing Homes!” he went on, referring to the city’s tragic COVID-19 death toll in nursing homes under Cuomo’s leadership.

Cuomo told reporters on Thursday that he would set up his own review board to double check any federally approved coronavirus vaccine before it got the green light in the Empire State.

The governor cited his distrust of Trump, suggesting that the administration was trying to fast-track the drug to boost their chances at the November election, saying the process was “politicized.”

“On the issue of the vaccine, like everything else in this country, it’s partisan and it’s questioned and there’s controversy about it,” Cuomo told reporters during a Manhattan press briefing.

“The way the federal government has handled the vaccine, there are now serious questions about whether or not the vaccine is become politicized,” he added.

But some of the nation’s highest infectious disease experts, including Dr. Anthony Fauci, have expressed optimism that the vaccine will be safe, telling lawmakers this week: “There’s no cutting corners.”

In his response to

Cuomo’s comments, the commander in chief highlighted Cuomo’s own failure to protect nursing home residents in New York after the disease tore through facilities and killed 6,500 people.

At the height of the pandemic, the state’s March 25 mandate put infected patients among the elderly.

The state senate is seeking a full accounting of how many nursing home residents died of COVID-19 after they were sent to hospitals, with that figure expected to be as high as 11,000, according to an August estimate by The Associated Press.

Ex-COVID-19 Task Force Aide Olivia Troye Rips Trump: “None of This is Real to Him”

Irina Shayk hanging out with Vito Schnabel during corona…