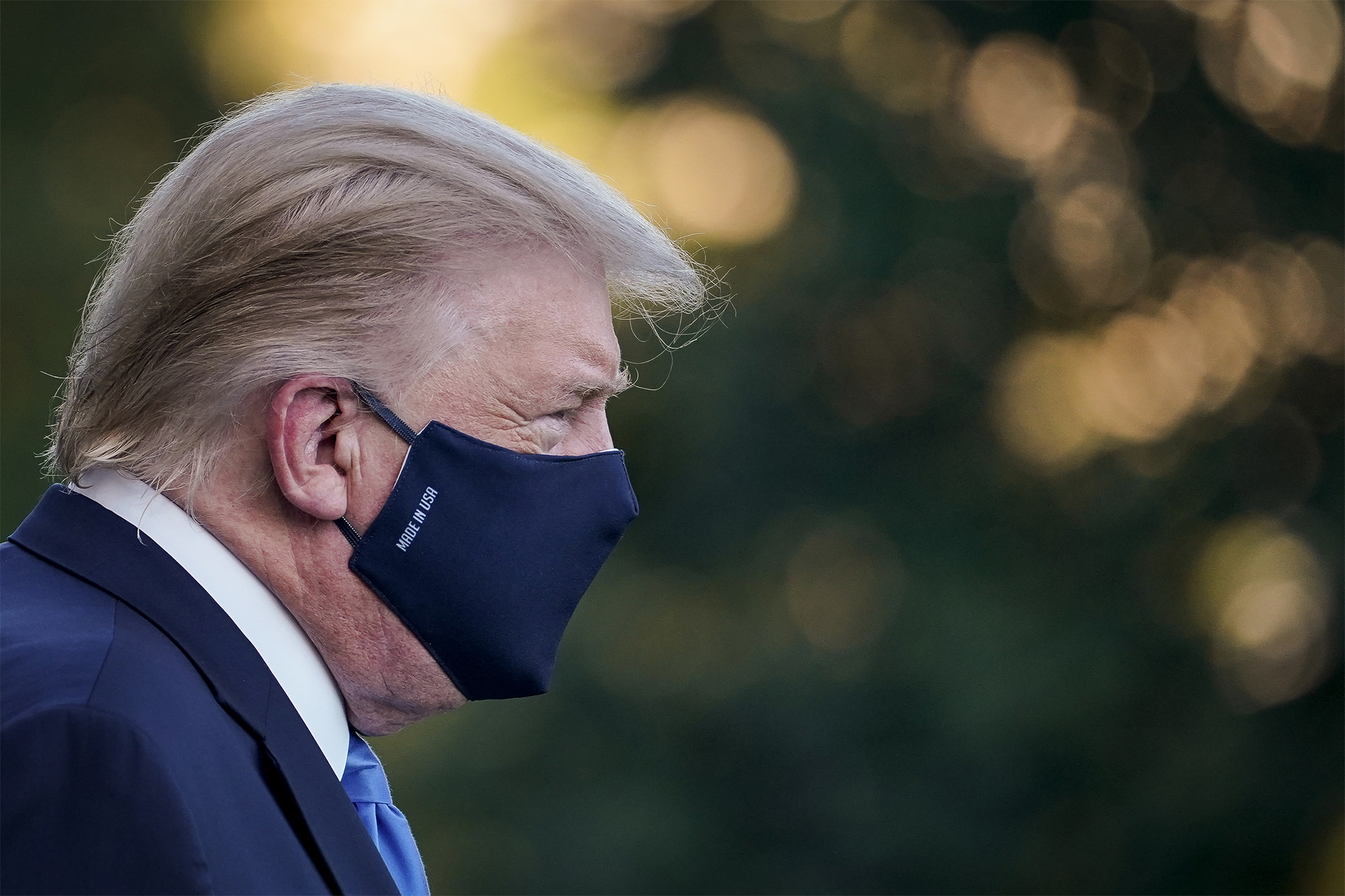 President Trump on Friday evening released a video message before checking into the hospital for COVID-19 treatments, thanking well-wishers and expressing confidence in his own well-being.

“I want to thank everybody for the tremendous support,” Trump says in the video message, which was filmed at the White House before he flew by helicopter to the Walter Reed military hospital in Bethesda, Maryland.

“The first lady is doing very well. So thank you very much, I appreciate it, I will never forget it. Thank you.”

Trump, 74, is expected to remain at the hospital “for the next few days” in a special presidential suite of rooms, White House Press Secretary Kayleigh McEnany said in a statement.

Trump wore a mask and gave reporters a thumbs up as he crossed the White House South Lawn to the Marine One helicopter to travel to Walter Reed. He walked without assistance.

Trump was not joined by first lady Melania Trump, 50, who also tested positive for COVID-19 overnight.

“Out of an abundance of caution, and at the recommendation of his physician and medical experts, the President will be working from the presidential offices at Walter Reed for the next few days,” McEnany said.

“President Trump appreciates the outpouring of support for both he and the First Lady.”

McEnany said Trump “remains in good spirts, has mild symptoms, and has been working throughout the day.”

Dr. Sean Conley, physician to the president, released Trump’s initial course of treatment Friday afternoon in a public memo following Trump’s early-morning disclosure on Twitter that he contracted the virus.

Trump was administered experimental “polyclonal antibodies” to help his body battle COVID-19 and is experiencing fatigue, his doctor said. The public memo did not confirm reports that Trump is experiencing a fever.

Melania Trump had a “mild cough and headache,” the memo said.

NBC’s ‘Connecting’ is a comedy for the pandemic era

Crack down on the COVID-19 PPE price-gougers