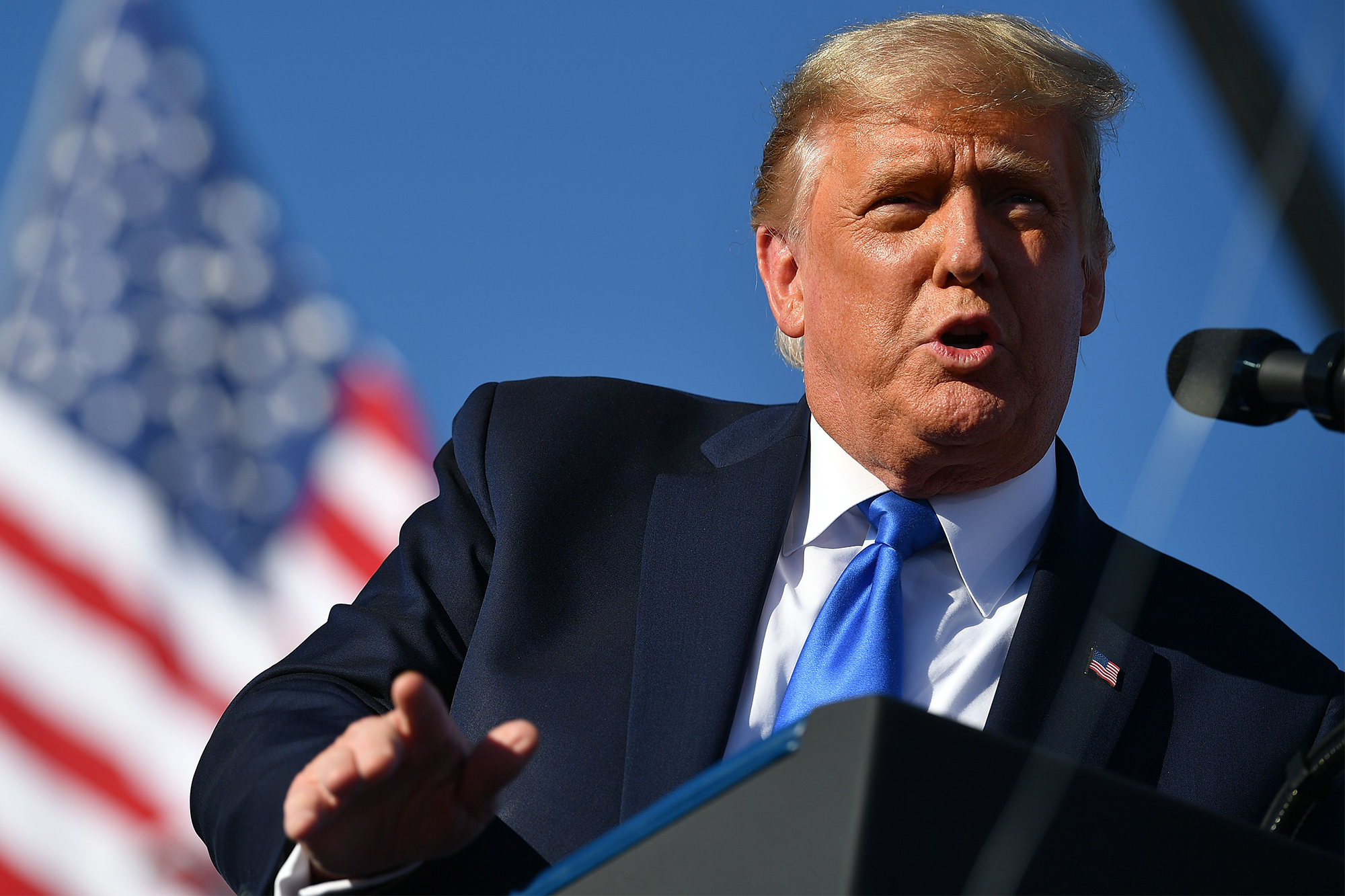 President Trump said the US would be in the throes of a “massive depression” if he had “totally” heeded advice from scientists on coronavirus-related lockdown measures.

Trump made the economic prediction at his Sunday rally in Carson City, Nevada, adding that the country would endure another Great Depression if Joe Biden is elected president.

“He’s gonna lock down. This guy wants to lock down,” Trump said of Biden, referring to the coronavirus lockdowns for public safety.

The president said that instead, under his watch the US economy is recovering from the pandemic.

“We’re like a rocketship. Take a look at the numbers,” Trump told the crowd.

The US, at nearly 220,000 deaths, has lost more people to the coronavirus than any other country in the world.

“This election is a choice between a Trump super recovery, which we’re in right now, or a Biden depression,” the president told the crowd.

Andrew Bates, a Biden campaign spokesperson countered Trump’s claims, saying the president is to blame for “tanking” the economy.

“Donald Trump tanked the strong economy he inherited from the Obama-Biden Administration by continually discounting and attacking warnings from the scientific and medical experts working around the clock to save lives,” Bates told Axios in a statement.

Read More:  Balance of Nature making false coronavirus claims, watchdog says
0
Share FacebookTwitterReddItWhatsAppPinterestEmailLinkedinTumblrTelegramStumbleUponVKDiggLINEBlackBerryViberOK.ruFacebook Messenger
Subscribe to our newsletter
Sign up here to get the latest news, updates and special offers delivered directly to your inbox.
You can unsubscribe at any time

End SARS: Buhari told to stop shooting of protesters in…

End SARS: DSS reacts to reports of aiding attacks on…