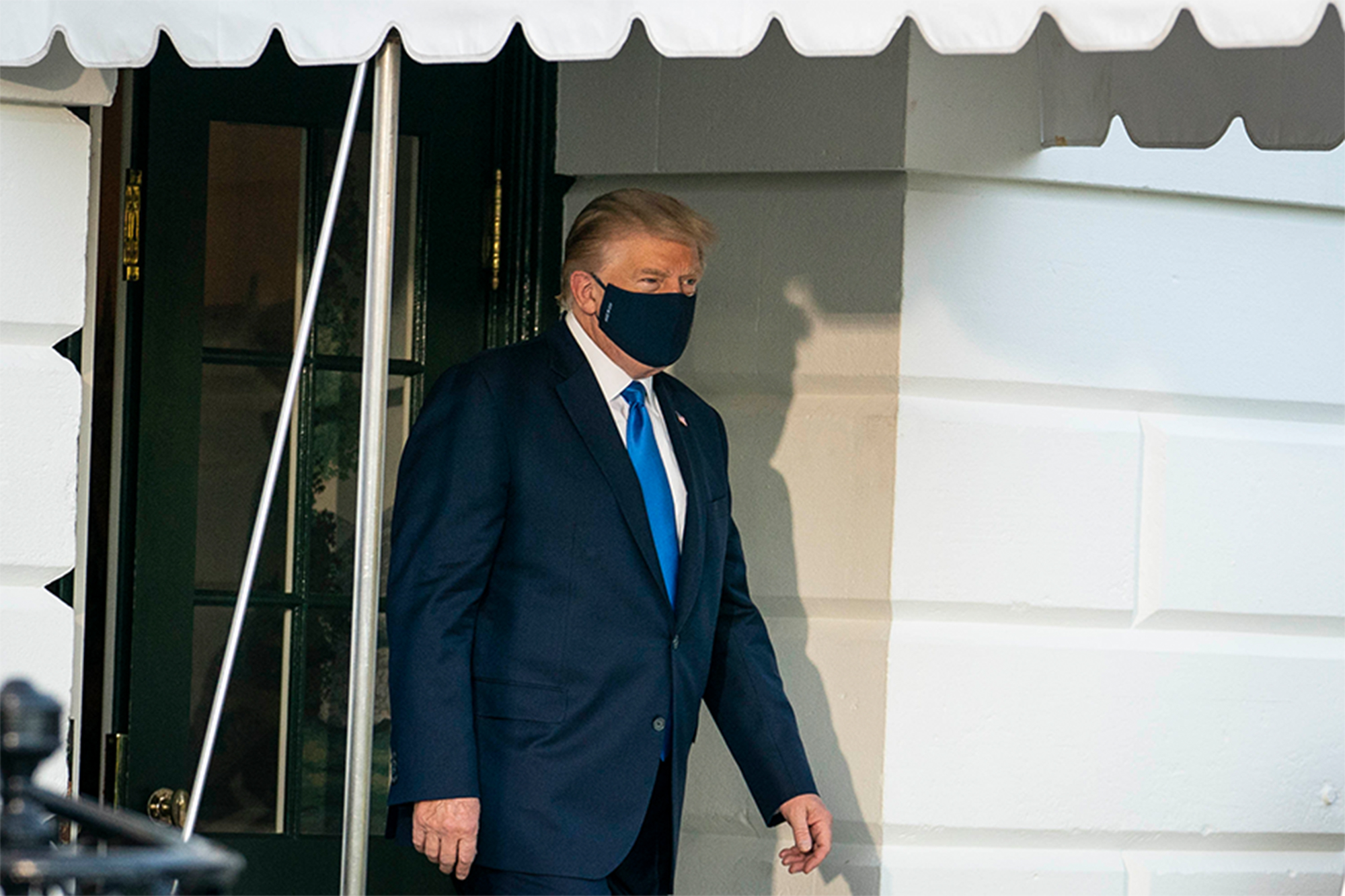 President Trump has tweeted from the hospital that things are “going well.”

Meanwhile, his doctor said Trump has completed his first dose of remdesivir therapy, and is “resting comfortably.”

“This evening I am happy to report that the president is doing very well,” said the doctor, Navy Commander Sean P. Conley.

“He is not requiring any supplemental oxygen,” the doctor added.

The president is “strong” and “upbeat” while in the hospital, House GOP leader Kevin McCarthy had tweeted an hour earlier.

“I just got off the phone with President Trump,” the House minority leader said in his tweet.

“He was upbeat and told me he appreciates all the prayers and support from everyone.

“Our president is strong and will beat the virus!”

Trump was taken to Walter Reed National Military Medical Center in Bethesda, Md., Friday “out of an abundance of caution,” the White House said.

“I’m going to Walter Reed hospital,” he said in a video message released before he checked in.

“I think I’m doing very well, but we’re going to make sure that things work out,” he said.

“The first lady is doing well,” he said of Melania Trump, who also contracted the virus but who has remained quarantined at the White House.

“So thank you very much, I appreciate it, I will never forget it. Thank you.”

Trump, 74, is expected to remain at the hospital “for the next few days” in a special presidential suite of rooms, White House Press Secretary Kayleigh McEnany said in a statement.