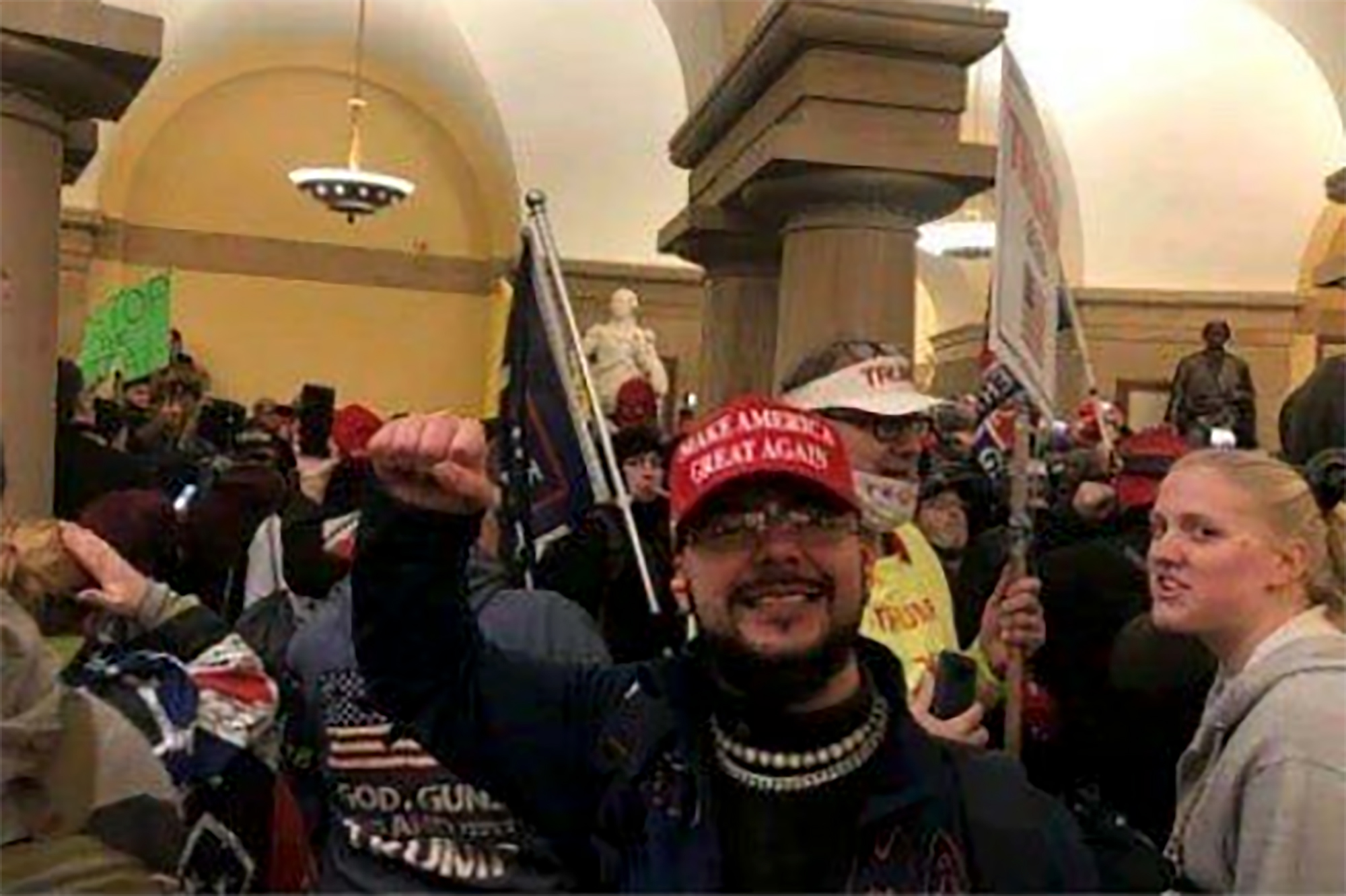 Another accused DC rioter has been arrested thanks to incriminating social media posts — this one after allegedly posing with his fist in the air inside the besieged Capitol building, authorities said.

Jack Jesse Griffith was arrested Saturday in Nashville, the Department of Justice said.

Griffith, who also uses the name Juan Bibiano and is on Twitter as “Liberty Dragon,” had posted to Facebook a photo of himself in a red MAGA hat celebrating the breach while inside the so-called Capitol Crypt — the columned, circular space one floor below the Rotunda, the feds said in court papers.

But the photo’s caption was less than celebratory.

“I hate to be that guy, but The New World Order beat us,” Griffith allegedly captioned the fist-pump photo.

“Trump was our greatest champion, and it still wasn’t enough. He tried his very best. He did so much, but he’s one man,” the caption continues, alongside a crying emoji.

“Now, the democrats will endlessly investigate and come up with some phony charge to arrest him. Imagine watching our HERO escorted out in cuffs.

“I even helped stormed [sic] the capitol today, but it only made things worse,” the caption reads.

“Unless,” it concludes “…Trump still has a plan?”

Griffith is charged with entering a restricted building and disrupting government business.

0 20
Share FacebookTwitterReddItWhatsAppPinterestEmailFacebook MessengerLinkedinTumblrTelegramStumbleUponVKDiggLINEViberOK.ru
Subscribe to our newsletter
Sign up here to get the latest news, updates and special offers delivered directly to your inbox.
You can unsubscribe at any time

The true story of Allan ‘Mr. Apology’ Bridge, founder of an apology hotline