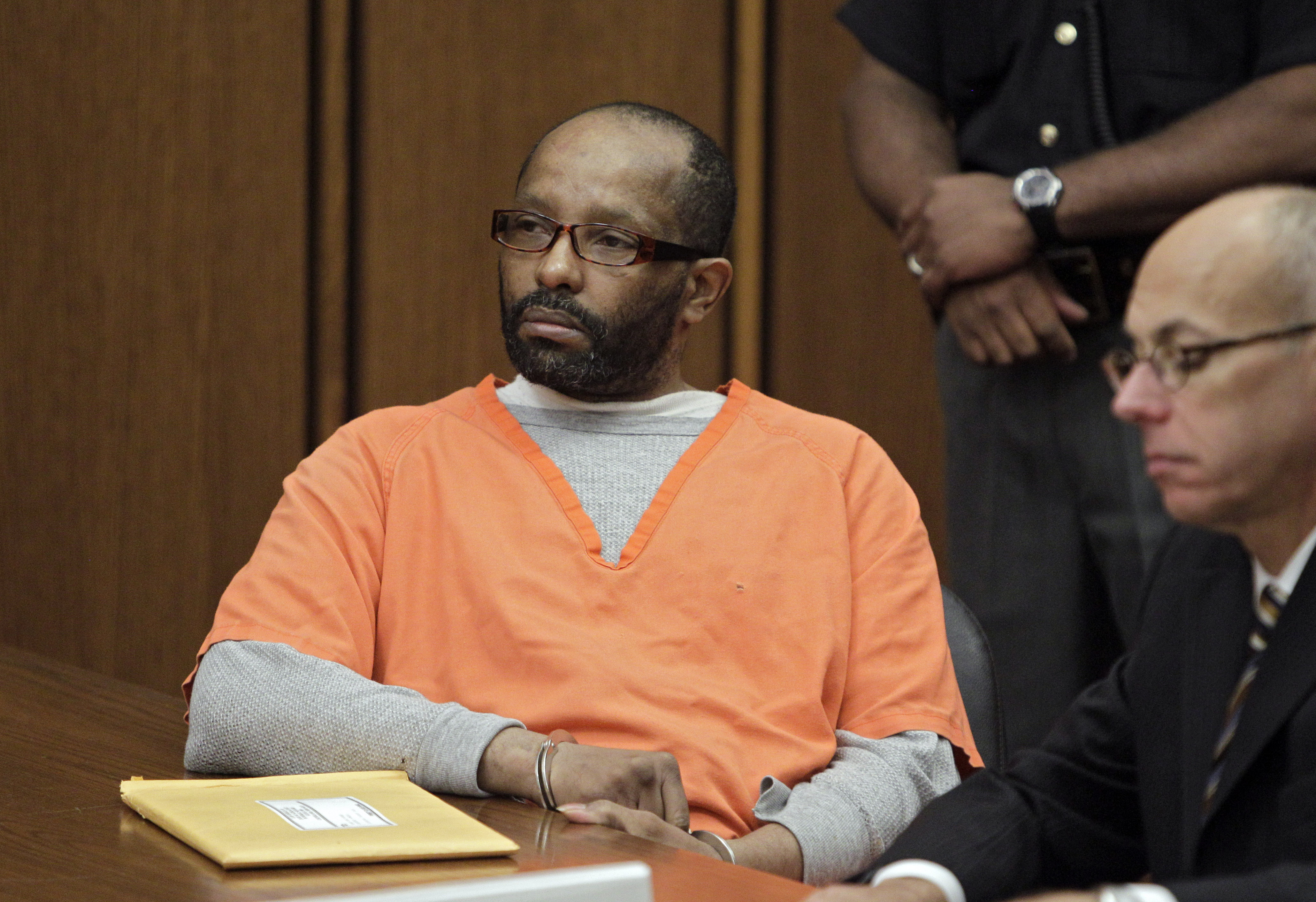 A Cleveland man on death row for killing 11 women died of natural causes in a prison hospital on Monday, a report said.

Anthony Sowell, 61, who earned the nickname “Cleveland strangler” for the murders, was convicted and sentenced in 2011 for the killings. He had a terminal illness and died at Franklin Medical Center in Columbus, Ohio, an official told WJW.

Relatives of Sowell’s victims were relieved to hear of his death.

“God made it happen. I will never ever ever forgive him,” she said.

Joann Moore, whose sister Janice Webb was killed by Sowell, told the outlet: “We can go on because he’s dead. We don’t have to hear about him any more.”

The remains of the 11 women were found by police at Sowell’s Cleveland home.

The first two bodies were discovered in October 2009 as police were investigating Sowell for a rape case, the report said.

Sowell had repeatedly appealed his conviction and death sentence, claiming he did not receive a trial and that his attorneys ineffectively represented him during the penalty phase.

0 71
Share FacebookTwitterReddItWhatsAppPinterestEmailFacebook MessengerLinkedinTumblrTelegramStumbleUponVKDiggLINEViberOK.ru
Subscribe to our newsletter
Sign up here to get the latest news, updates and special offers delivered directly to your inbox.
You can unsubscribe at any time

Mika Zibanejad’s empty games starting to pile up for Rangers

Where Jets can turn for desperately needed running-back…

Fauci says no need to ‘despair’ over discovery of NY…

How to watch Donald Trump’s speech at CPAC 2021