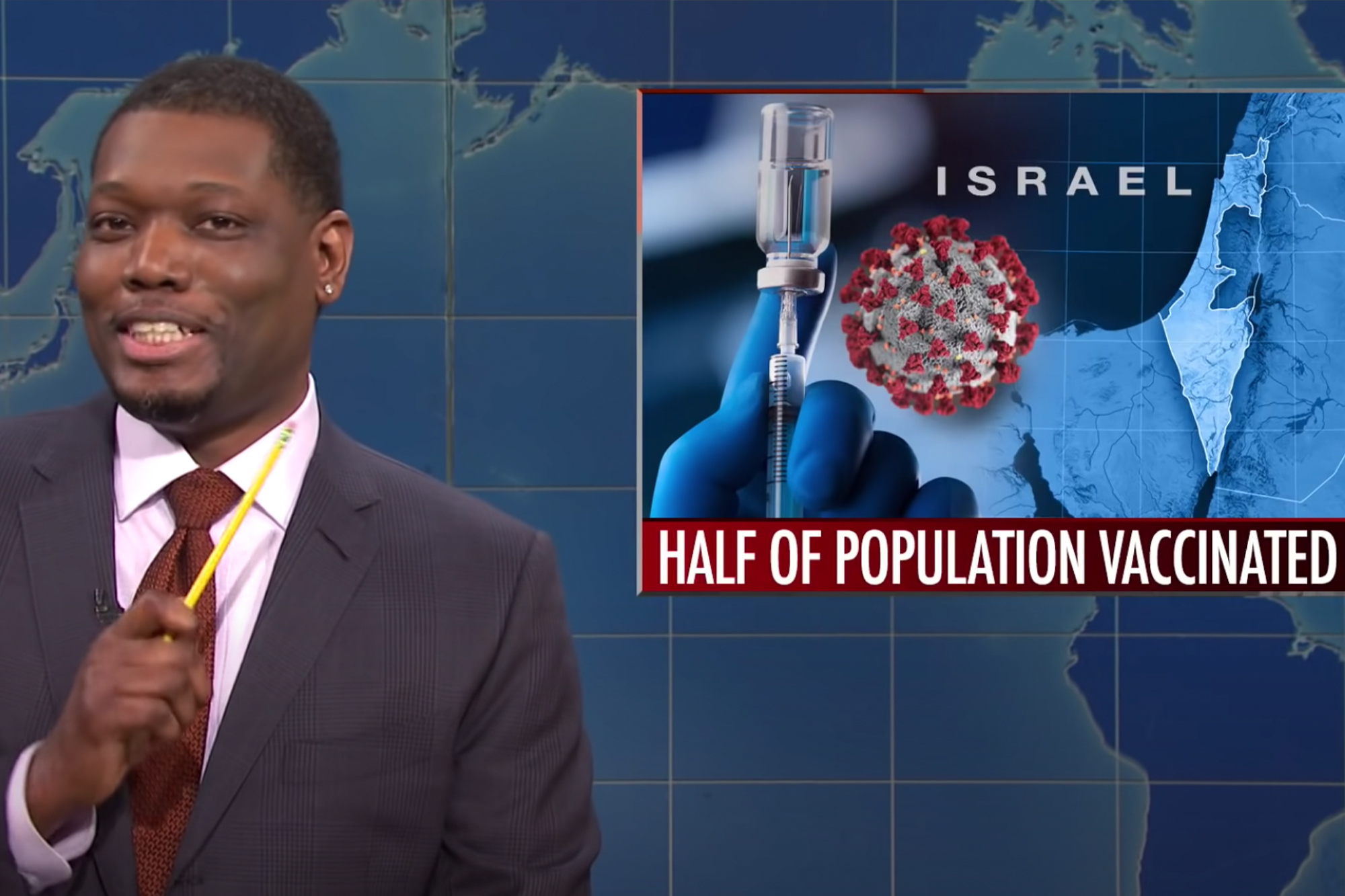 Critics are taking to Twitter to call out “Saturday Night Live” Michael Che for a joke that they claim was anti-Semitic.

“Israel is reporting that they’ve vaccinated half of their population. I’m going to guess it’s the Jewish half,” the Weekend Update correspondent cracked Sunday morning.

The vast majority of Israel’s population — 74 percent — is Jewish, according to the Jewish Virtual Library.

Vaccination rates of Israeli Arabs are much lower than Jews in the country, partially due to distrust of the government in the Arab community, according to a January article in The Christian Science Monitor.

By Sunday afternoon, the topic was trending, with many accusing Che and NBC of bias, and others coming to his defense.

“Unsurprising coming from SNL as they have a long record of antisemitism,” posted former state Assemblyman Dov Hikind.

“But Michael Che or whoever wrote that ‘joke’ is obviously also ignorant of fact that Israel has Arab citizens who’ve received the vaccine according to the same qualifications as Jews!,” the Brooklyn Democrat said.

Another critic tweeted: “43% of Israel’s Arab citizens have been vaccinated – and that already large # would be even higher if the kind of hateful propaganda spread by Michael Che weren’t around.”

Others defended the fake news bit, claiming that Che was making an anti-apartheid statement.

Palestinian leaders have accused Israel of racism in connection with the vaccine roll-out.

“Leave Michael Che alone. Israel is not vaccinating the millions of Palestinians in the West Bank, East Jerusalem & Gaza–all of which is ultimately under Israeli control. As a Jewish woman of conscience, I find this medical apartheid appalling,” one woman tweeted.

“All of the criticism of Michael Che seems to ignore the fact that the people of the West Bank and Gaza have received almost no vaccinations,” another supporter wrote.

0 82
Share FacebookTwitterReddItWhatsAppPinterestEmailFacebook MessengerLinkedinTumblrTelegramStumbleUponVKDiggLINEViberOK.ru
Subscribe to our newsletter
Sign up here to get the latest news, updates and special offers delivered directly to your inbox.
You can unsubscribe at any time

Trump says he was not watching live TV coverage of Capitol…