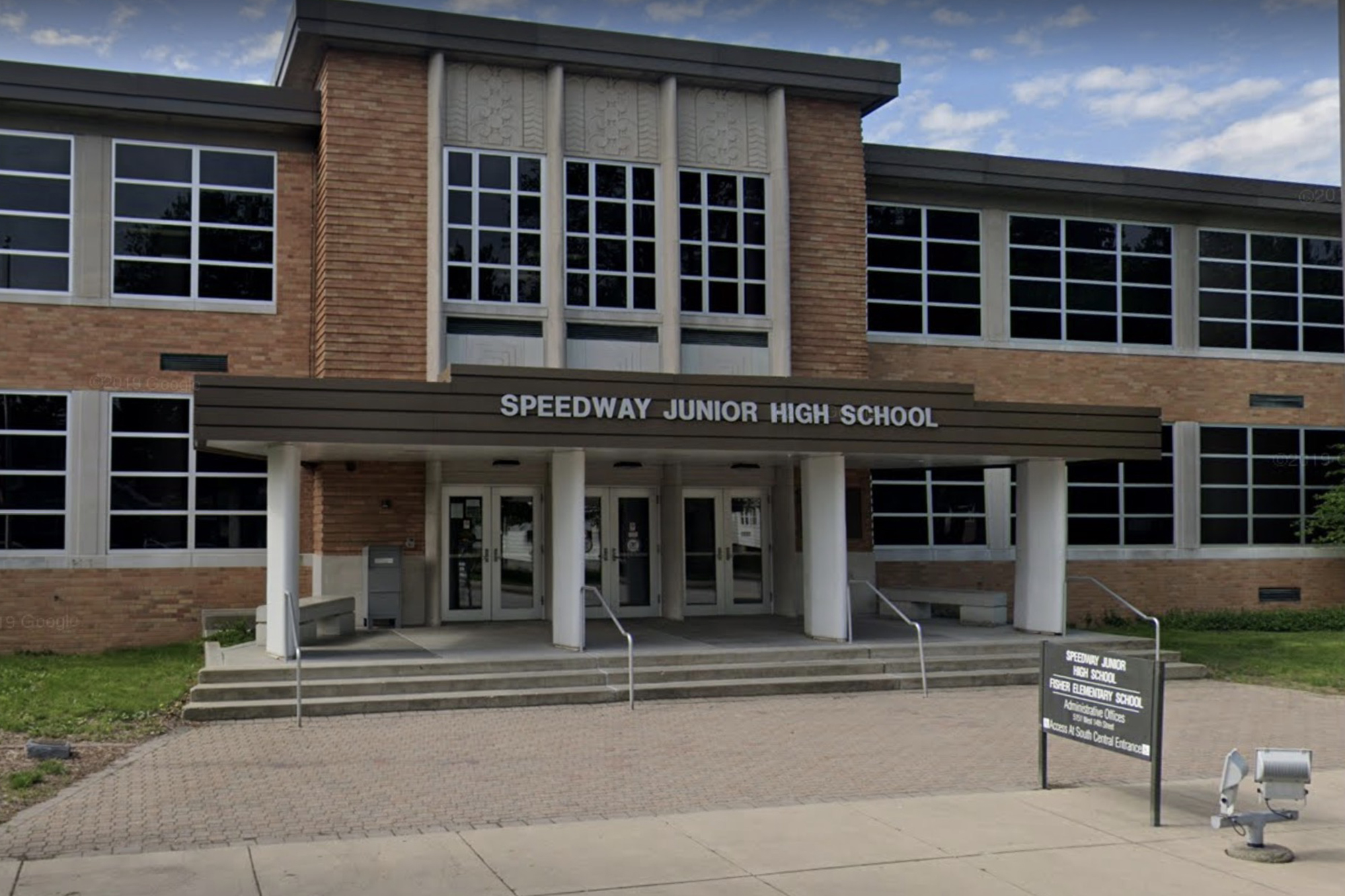 A former Indiana teacher has been charged with groping a 17-year-old girl at a house party — where she claims he also smoked pot and guzzled six beers, authorities said.

The teen — a former student of Carmichael’s — told Speedway cops the 36-year-old married educator showed up to a friend’s house party at about 5 a.m. Nov. 21, a probable cause affidavit shows.

The teen — who said she had received random “social media messages” from Carmichael — did not want him to join the party, but he ultimately joined the crowd and played beer pong in the garage, according to the affidavit.

The victim also told police Carmichael smoked marijuana and drank about six beers while at the party, WISH reported.

Once the teen’s friend went to bed, the 17-year-old was left alone with Carmichael, who proceeded to pull down the strap of her tank top, prompting her to tell the teacher to leave, the affidavit states.

Carmichael then grabbed the teen by the face and kissed her on the lips, she told police.

“[She] stated she reminded Carmichael of his wife and kids, but he continued to be very persistent,” the teen told cops, according to the affidavit.

The teen also claimed in a separate interview that Carmichael touched her backside and grabbed the inside of her thigh, saying she felt he “made her feel bad” for not wanting to get physical, police said.

Carmichael, for his part, told investigators he went to the home after getting a Snapchat message from the teen indicating she had “been up all night partying,” the Indianapolis Star reported.

Carmichael admitted to police that he texted the other person in the house after he left, asking her to “lie” if she was contacted by his wife. But he denied touching the teen “other than a high five,” according to the report.

The teen told cops Carmichael ultimately left the party after 7 a.m. and was worried that neighbors might recognize his car outside. The teacher’s former student said he was also “visibly irritated” when she mentioned his family, WISH reported.

He resigned from Speedway Schools on Dec. 22 after 13 years with the district, WRTV reported.

Attempts to reach officials at Speedway Schools were not immediately successful.

0 45
Share FacebookTwitterReddItWhatsAppPinterestEmailFacebook MessengerLinkedinTumblrTelegramStumbleUponVKDiggLINEViberOK.ru
Subscribe to our newsletter
Sign up here to get the latest news, updates and special offers delivered directly to your inbox.
You can unsubscribe at any time

‘Our Friend’ review: A moving, subtle testament to kindness

Biden: COVID will get ‘worse before it gets better,’ ‘take months’ to vax US

Swiss narrowly back proposal to ban face coverings in public

Another failed WHO whitewash of China’s COVID guilt

US Dept. of Education curbs decision on race-based ‘affinity…

Protesters gather in Minneapolis on eve of George Floyd…