A known terrorist who stabbed to death three friends as they enjoyed a picnic in an English park last summer has been sentenced to spend the rest of his life in prison.

Khairi Saadallah — who the BBC said was known to British intelligence agencies but had evaded deportation — was given a rare life sentence Monday for the “ruthless and brutal” attack in Reading last June.

He had shouted “Allahu akbar” — Arabic for “God is great” — as he slaughtered James Furlong, 36, David Wails, 49, and Joseph Ritchie-Bennett, a 39-year-old American from a family of Philadelphia cops.

Three others were also injured as he used an 8-inch knife in the attack that lasted under a minute — and was so bloody a witness said he looked like he had put his hands “in a big bucket of red paint,” the court heard.

“His attack on them was so swift, ruthless and brutal that none of them had any chance to react, let alone to defend themselves,” Judge Nigel Sweeney said during the proceeding at London’s Central Criminal Court.

He had used combat experience gained while fighting for Libya’s Islamist militia group Ansar Al-Sharia to target a “vulnerable area (and) inevitably cause death,” Sweeney said.

The judge called it “a rare and exceptional case in which just punishment requires you must be kept in prison for the rest of your life.”

Saadallah had pleaded guilty to three counts of murder and three of attempted murder but denied being motivated by terrorism.

But the judge rejected his claim that mental illness was to blame, saying that Saadallah “was seeking to advance a political, religious or ideological cause” with his terror attack.

Days before the attack, he downloaded a photo of an ISIS flag onto his phone and also carried out reconnaissance on the park, the court heard.

After sentencing, Detective Chief Superintendent Kath Barnes, head of Counter Terrorism Policing South East, called him “a committed jihadist and was intent on killing as many people as he could on that sunny summer’s evening in June.”

“The horrors of this incident took just a single minute to unfold. … In that tiny timeframe, he changed the lives of all those involved forever,” she said.

The killer came to the UK in 2012, and was known to MI5, having admitted his membership of the banned Libyan militia group and also expressing plans to travel to Syria, the BBC said.

He had made threats to kill before the June attack, which came just two weeks after he had been released from prison, with his rap sheet including assaults on cops and knife offenses. 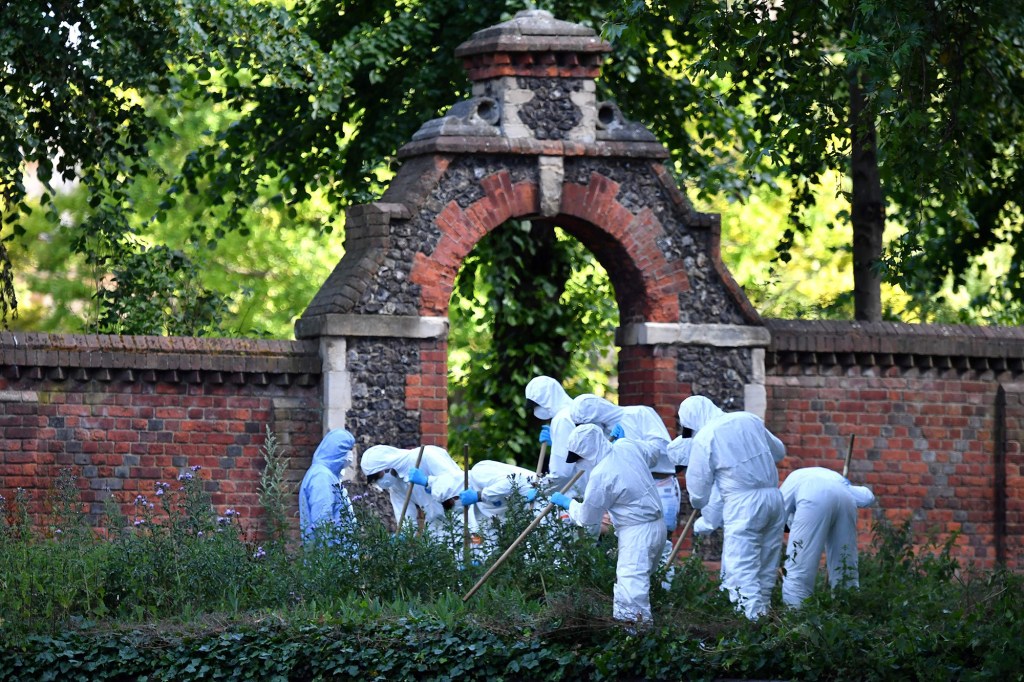 On June 22, 2020, police forensics officers conduct a search outside an entrance to Forbury Gardens park in Reading, west of London, where the stabbing occured 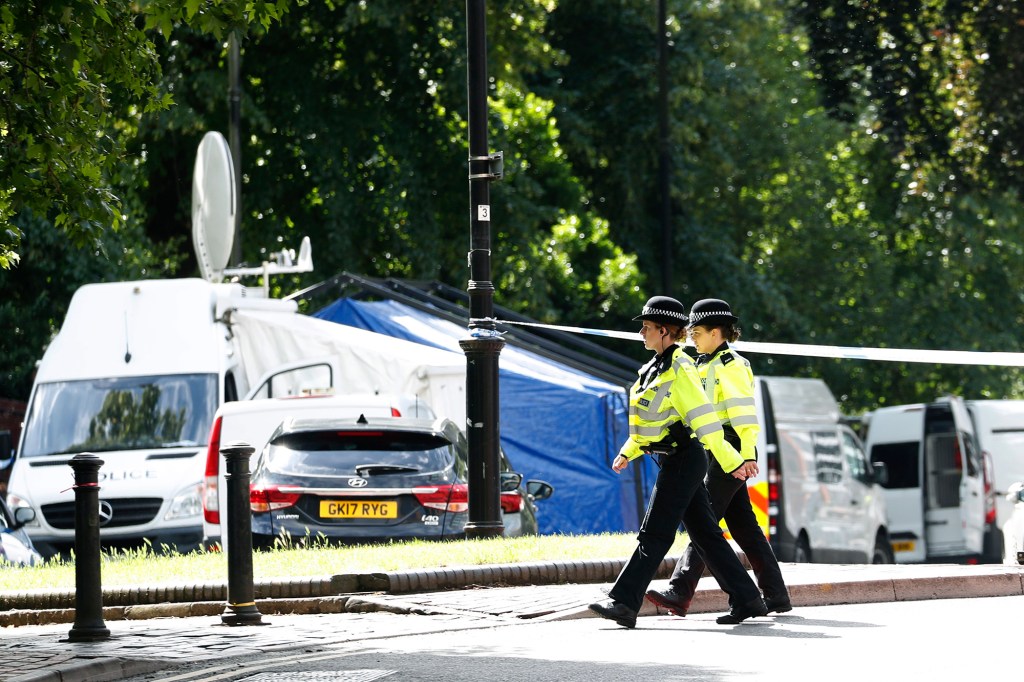 Police patrol outside Forbury Gardens in the UK on June 21, 2020.

The 10,000 National Guardsmen set to be deployed to Washington,…

On one occasion, while being arrested, he called a female officer a “slave” and spat in her face, the BBC said.

A fellow inmate, Anthony Bloomfield, told the broadcaster that before the slaughter Saadallah openly discussed “jihad” and said he wanted to “rape Britain.”

Despite his alarming history and numerous moves to get him deported, he was allowed to remain and was in the UK legally during his killing spree.

4
Share FacebookTwitterReddItWhatsAppPinterestEmailFacebook MessengerLinkedinTumblrTelegramStumbleUponVKDiggLINEViberOK.ru
Subscribe to our newsletter
Sign up here to get the latest news, updates and special offers delivered directly to your inbox.
You can unsubscribe at any time

Find out the jobs behind these expensive clothes

I’m a beauty queen and fascinated with Ted Bundy

Rhapsody of Realities 22 January 2021 — Celebrate When The…

Kamala Harris moves next door to Joe Biden — see inside her…