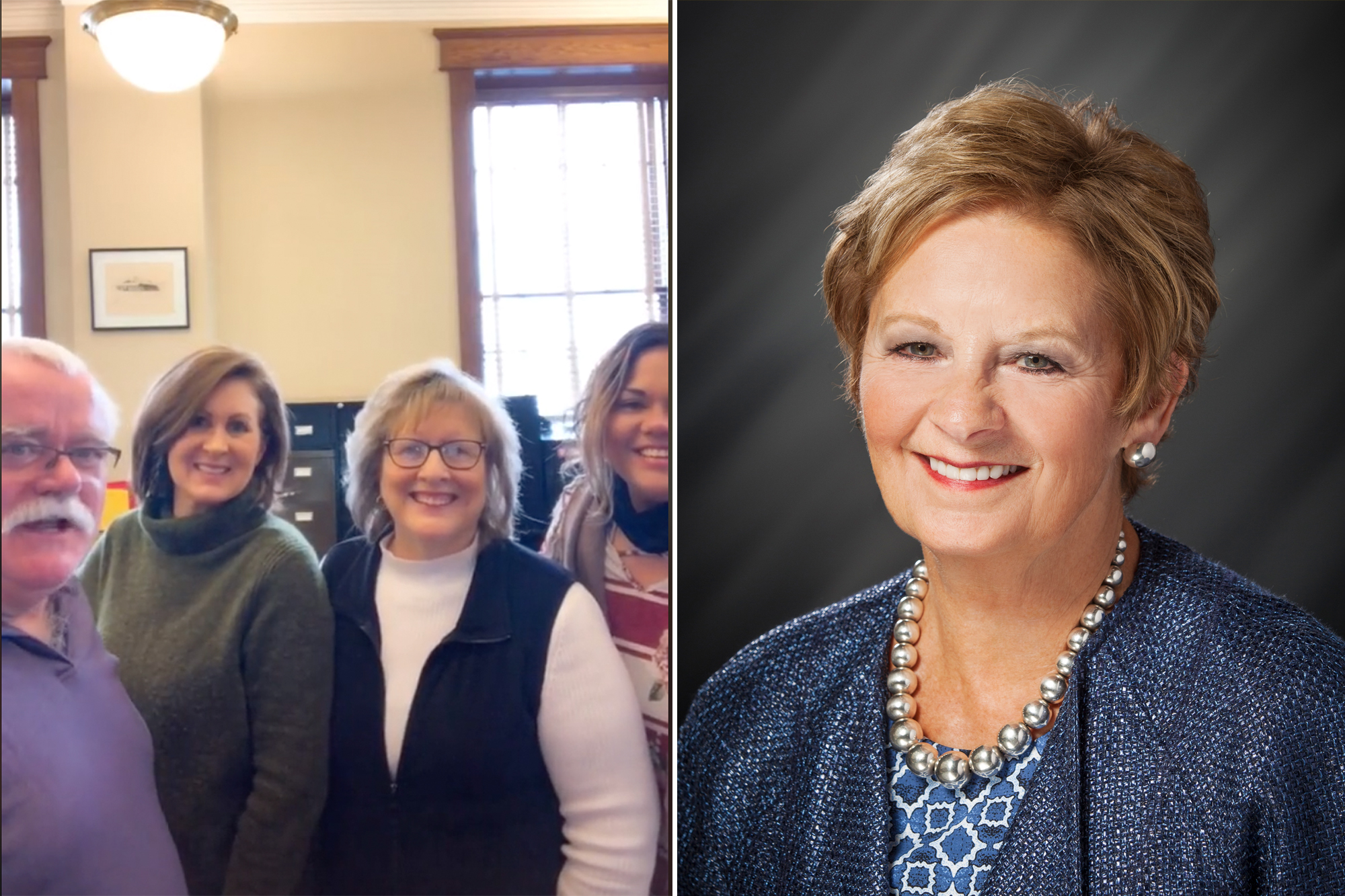 Goodbye, Connie! We didn’t know you were leaving, but we sure do now.

A TikTok video wishing a woman named Connie farewell has gone viral, with hordes of strangers on social media saying so long to the mysterious departing lady.

But it turns out, the now-viral video posted Thursday by @deputyclerk was just uploaded by mistake — and the Connie in question is the departing Indiana Secretary of State, Connie Lawson.

“Congratulations from the Orange County clerk’s office,” a smiling male says in one of the videos, which has just under 400,000 views.

“We wish you the best in your future endeavors,” added another woman. “We appreciate the good job that you have done for the state of Indiana,” chimed in a third well-wisher, while a fourth concludes with “Goodbye, Connie!”

The video is one of eight uploaded by the Clerk’s office in Orange County, Indiana, which is about 100 miles south of Indianapolis. In one video posted Thursday, the same characters sing and dance to Connie, who has served as Indiana Secretary of State for nearly two decades.

The videos were meant for Lawson’s eyes only, but since have amassed the office’s TikTok nearly 4,000 followers — and countless others users uploaded their own farewell videos for Connie.

“We didn’t know that it was on TikTok,” Elizabeth Jones, who leads the clerk’s office for Orange County Clerk, told The Verge. “Somehow it got in the for you page, and it got send to a lot of people. People were like, why did I get this. It was really meant just to be her goodbye video.”

“We all had issues with one or the other so we just did it seven or eight times,” added Deputy Clerk Olivia Griffith. “It said ‘save to my device,’ so I thought it was just going to the photo gallery on my phone.”

Lawson announced she is resigning from her post after serving 16 years, because she’s exhausted by the past year.

“Like many Hoosiers, 2020 took a toll on me,” she said in a statement, according to IndyStar. “I am resigning so I can focus on my health and my family. I will work with Governor Holcomb to ensure our next Secretary of State is up to the task and has the tools and resources to hit the ground running.”

Sounds like the TikToks will cheer Lawson right up.

accidentalConniefarewellgoodbyeTikTokvideosWild
0 44
Share FacebookTwitterReddItWhatsAppPinterestEmailFacebook MessengerLinkedinTumblrTelegramStumbleUponVKDiggLINEViberOK.ru
Subscribe to our newsletter
Sign up here to get the latest news, updates and special offers delivered directly to your inbox.
You can unsubscribe at any time

When it comes to nursing homes, Andrew Cuomo is no Nelson Rockefeller

Kate Hudson sparks backlash for ‘Music’ during the 2021 Golden Globes

Can a job application fail due to bad grammar or spelling errors?

Govt officials should be first to take COVID-19 vaccines –…

Islanders who call Prince Philip a ‘god’ plan to worship…