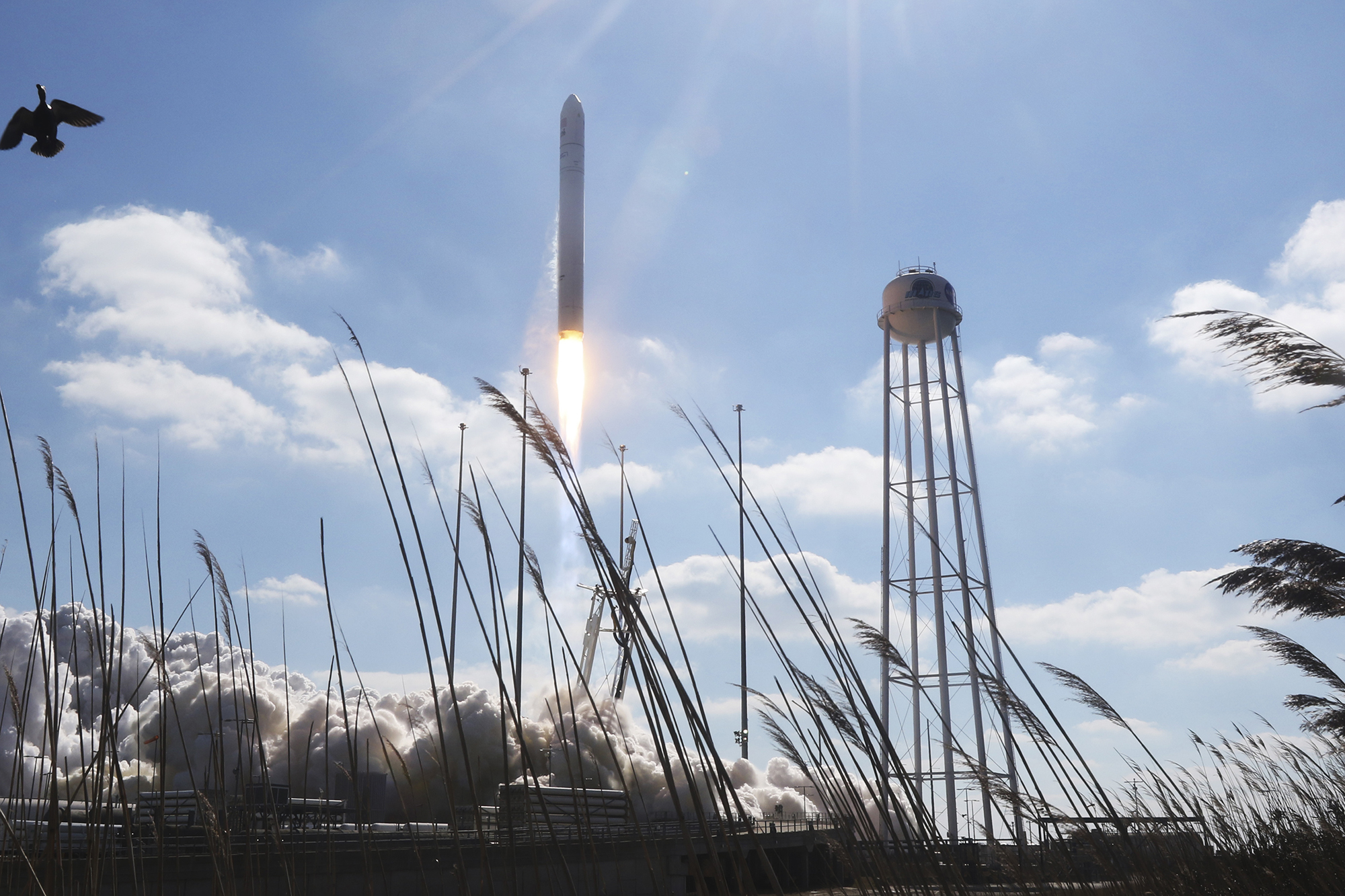 Johnson died almost exactly a year ago at age 101.

“Mrs. Johnson was selected for her hand-written calculations that helped launch the first Americans into space, as well as her accomplishments in breaking glass ceiling after glass ceiling as a Black woman,” Frank DeMauro, a Northrop Grumman vice president, said on the eve of liftoff. “A homework assignment for all of you is to go watch that movie after the Cygnus launch.”

Johnson’s numbers contributed to the Feb. 20, 1962, flight in which Glenn became the first American to orbit the world. The film, released in late 2016, depicted the effort put forth by Johnson and other Black women at NASA’s Langley Research Center in Hampton, Virginia, during the early days of space exploration. Langley is 100 miles from the launch site at Wallops Island.

Northrop Grumman launched the 4-ton shipment for NASA in the early afternoon from Wallops, where temperatures were just above freezing. The Antares rocket was visible from the Carolinas to Connecticut, at least where skies were clear.

This will be the space station’s second delivery in less than a week. A Russian capsule pulled up Wednesday with apples and oranges, among other things.

Noguchi and his six US and Russian crewmates can expect more apples once the Cygnus arrives, along with tomatoes, nuts, smoked salmon, Parmesan and cheddar cheeses, caramels and coconut strips.

The capsule also holds 120,000 tiny roundworms for a muscle experiment, as well as off-the-shelf computer equipment to increase data processing speed at the space station. Also flying: radiation detectors intended for NASA’s astronaut moon-landing program and a new system to convert more of the astronauts’ urine into drinking water.

It is Northrop Grumman’s 15th station supply run for NASA. SpaceX is NASA’s other shipper.

figureshiddenhonorslaunchmathematicianspacestation
0 164
Share FacebookTwitterReddItWhatsAppPinterestEmailFacebook MessengerLinkedinTumblrTelegramStumbleUponVKDiggLINEViberOK.ru
Subscribe to our newsletter
Sign up here to get the latest news, updates and special offers delivered directly to your inbox.
You can unsubscribe at any time

Fauci tells South Dakota governor to ‘look at the numbers’…

US, EU still open to have nuke deal talks after Iran rejects…

Johnson & Johnson: Shots may be in Americans’ arms within next 2…

Kate Hudson sparks backlash for ‘Music’ during the 2021…