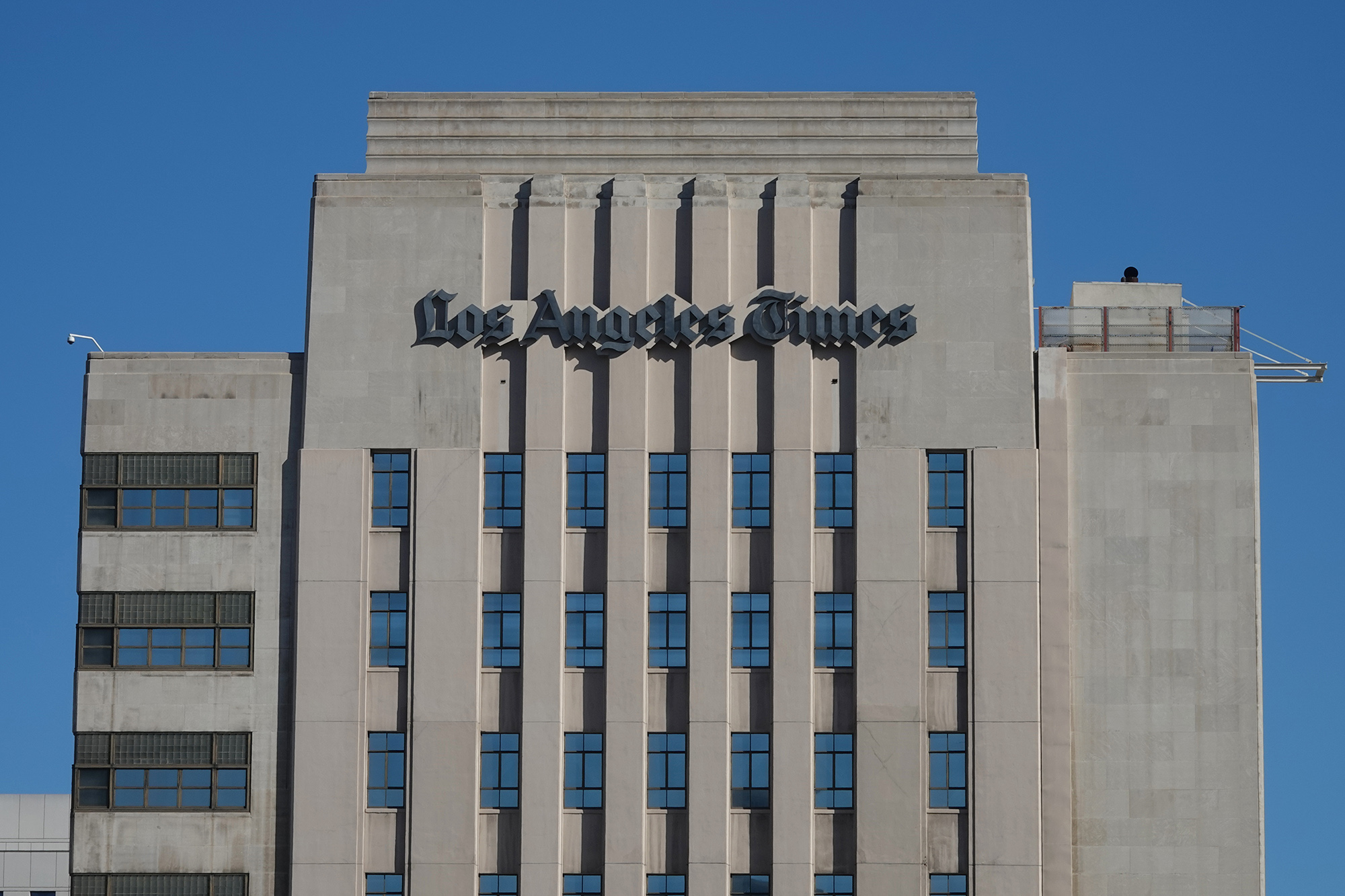 A report that Dr. Patrick Soon-Shiong is exploring a sale of the Los Angeles Times less than three years after he bought it is complicating the paper’s search for a new top editor with one top candidate withdrawing her name, The Post has learned.

Janice Min, who’s held top roles at the Hollywood Reporter and Us Weekly, had been in the running to replace Norm Pearlstine as the editor-in-chief of the LA Times. On Friday, after The Wall Street Journal reported that Soon-Shiong is exploring his strategic options as losses mount, Min officially pulled out of the race, a source with knowledge told The Post.

The WSJ report said Soon-Shiong, who acquired the LA Times, the San Diego Union-Tribune and a handful of weeklies for $500 million in 2018, is exploring several exit strategies, including an outright sale, brining in an investor or turning over management of his publishing house to a larger media company.

He might also consider selling the San Diego Union-Tribune separately, the report said.

Soon-Shiong, a biotech billionaire, has denied plans to sell the LATimes. “WSJ article inaccurate,” Soon-Shiong tweeted Friday. “We are committed to the @LATimes.”

But he made no mention of the San Diego Union-Tribune, which caused some consternation on Twitter. His denial also failed to ease concerns within the LA Times, sources said.

Said one source, “It is panic and chaos inside the LA Times.” The News Guild, which had beseeched Soon-Shiong to not to take anyone from the current masthead for the job, now is said to be worried that most outside candidates will be spooked by the sale speculation.

In buying the papers from Tribune Publishing, then called Tronc, Soon-Shiong said he intended to make the business live on for another century and invested hundreds of millions of dollars into turning it around.

As The Post has previously reported, Soon-Shiong has become less involved in his publishing assets since the pandemic started as he has dedicated more of his time to pursuing an easy-to-administer COVID-19 vaccine. He is also currently in the process of combing biotech company NantKwest with BioImmunity.

Sources said Pearlstine, who stepped away as EIC in mid-December, was making around $500,000. The top job now is believed to be going for somewhere in the $500,000 to $700,000 range with little chance for big stock bonuses given that its a privately held company.

In addition to Min, the LA Times had been looking at Kevin Merida, the editor-in-chief of The Undefeated at ESPN and a past top editor at the Washington Post. He did not return a call for comment.

Another name on the wish list was former Huffington Post editor-in-chief Lydia Polgreen, now running Spotify’s podcasting company Gimlet Media. Sources said she told the headhunter she’s not interested in leaving her current job and she didn’t return a call.

editorJaniceMinSalesearchtalktimeswithdraws
0 37
Share FacebookTwitterReddItWhatsAppPinterestEmailFacebook MessengerLinkedinTumblrTelegramStumbleUponVKDiggLINEViberOK.ru
Subscribe to our newsletter
Sign up here to get the latest news, updates and special offers delivered directly to your inbox.
You can unsubscribe at any time

The secret of Rush Limbaugh’s success: He was real

Disinformation hearing witness Soledad O’Brien has history of falling for…

Australian lawmakers push ahead with news law after Facebook concessions

Celtics, Heat are two teams moving in opposite directions

Bizarre ‘sea penis’ worm gets a rise out of social media

Golden Globes admits it has no black voters amid shocking…

Larry Burke sells Outside magazine and TV to Pocket Outdoor…