FCT Minister, Malam Muhammad Musa Bello has tasked Ambassadors Designate and Consuls General who were recently deployed by President Muhammadu Buhari to convey the message of unity to Nigerians in the diaspora.

The Minister gave the charge on Friday when the envoys visited the FCTA as part of their induction exercise.

The Minister said that the FCT symbolizes the unity of Nigeria and also reminded them that the theme for the 60th independence anniversary of Nigeria was also unity and togetherness of her people.

Speaking further, Malam Bello said, “As the largest black nation on earth, with our population, with the enormous amount of resources that God has endowed us with, we are better off together and united, and I hope that as our Ambassadors, our Consul Generals, Charge De Affairs and Heads of Missions, you will take this message across”.

The FCT Minister also advised the new envoys to build on the achievements and positive activities of their predecessors. 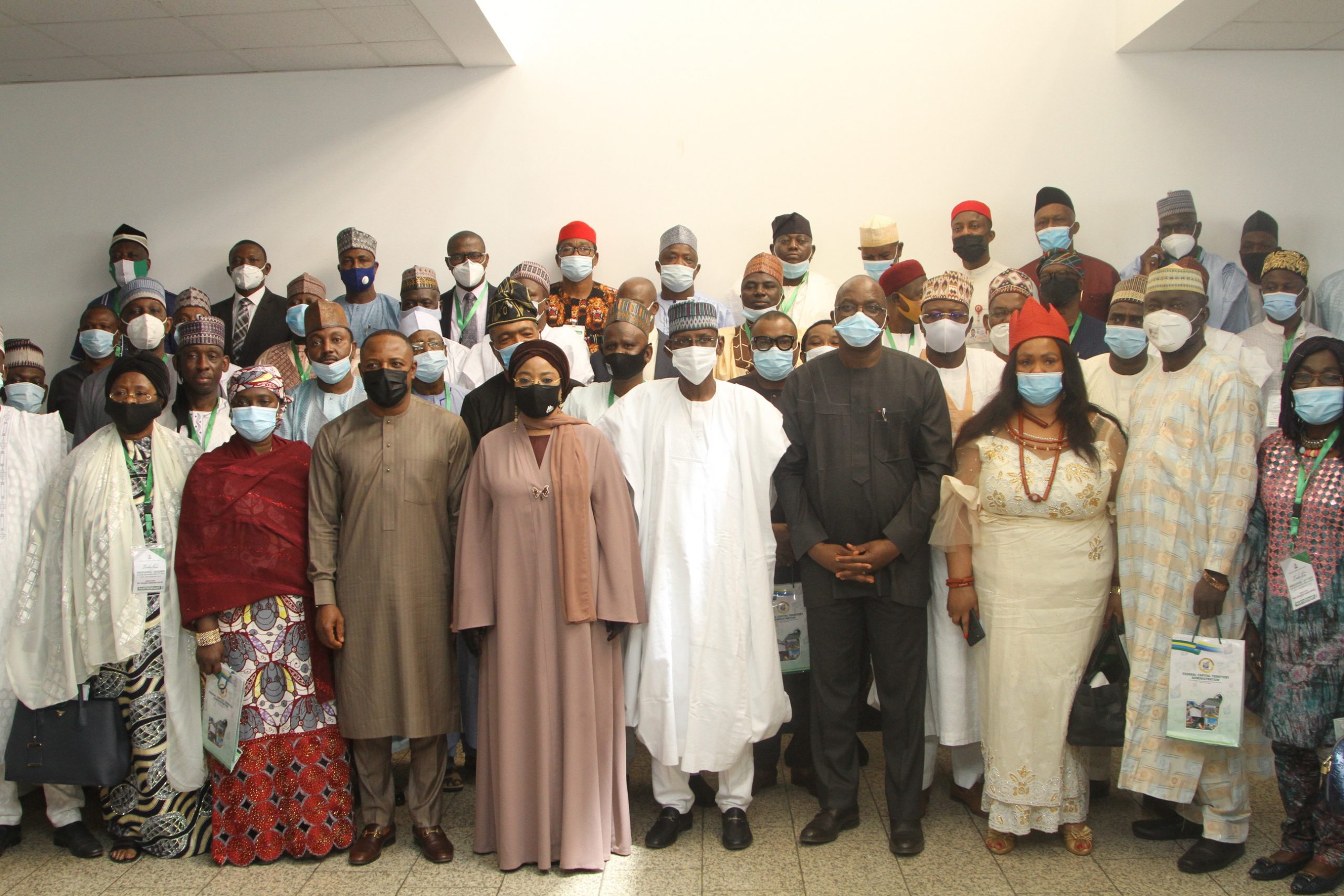 According to him, “My advice to you is, instead of trying to create new things, look inwards within your mission and consulates and see the works in progress. I think if you are able to do that, you will cut down the time it takes for you to acclimatize and then you would be able to push for so many things that would be of benefit to our dear country”.

While congratulating the envoys for their appointments which, he remarked, were well deserved, Malam Bello wished them successful tours of duty in their countries of posting.

In her welcome address, the FCT Minister of State, Dr Ramatu Tijjani Aliyu reminded the diplomats that their duties included the promotion of peace, trade and the exchange of information.

She, therefore, urged them to use their vantage positions to market the abundant investment opportunities available in the FCT, which included opportunities in the agricultural, tourism and recreation, sustainable energy, housing, healthcare and transportation among others.

Dr Tijjani Aliyu also called on the envoys to urge potential investors to leverage on the favourable climatic conditions, the high standard of functional infrastructure and the peaceful co-existence among the residents of the FCT to come over and invest in the Territory.

0 29
Share FacebookTwitterReddItWhatsAppPinterestEmailFacebook MessengerLinkedinTumblrTelegramStumbleUponVKDiggLINEViberOK.ru
Subscribe to our newsletter
Sign up here to get the latest news, updates and special offers delivered directly to your inbox.
You can unsubscribe at any time

Abaribe is truly Made in Aba – Gov Ikpeazu

Nicolas Sarkozy, ex-President of France sentenced to prison for corruption

Abaribe is truly Made in Aba – Gov Ikpeazu

Apple says all 270 US stores open for first time since…

Johnson & Johnson: Shots may be in Americans’ arms within next 2…

Return to site, complete project or have your contract…