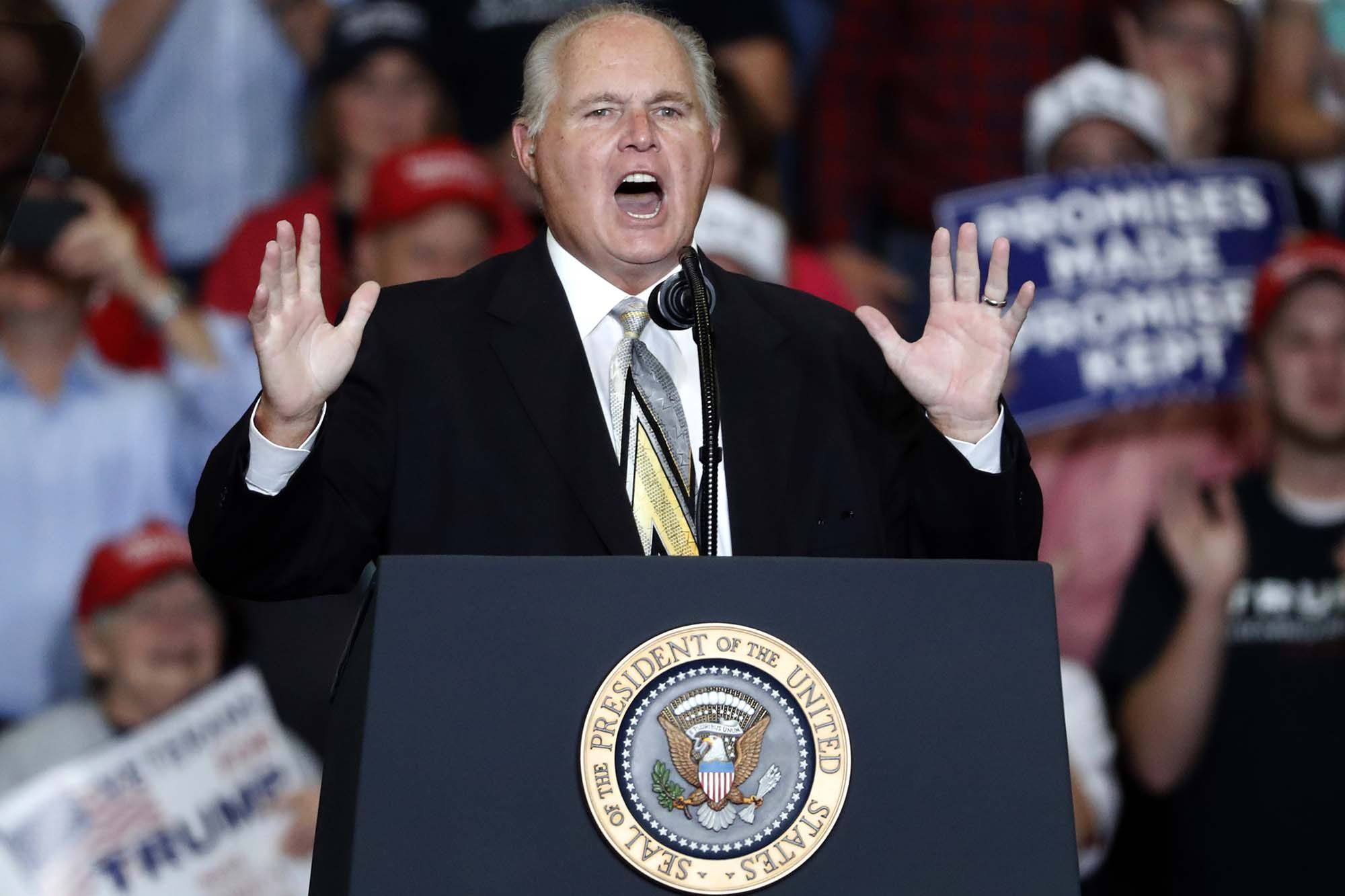 For more than 30 years, Rush Limbaugh sat down and talked to Americans about America. Across the country, in pickup trucks, roadside diners and quiet cubicles where his listeners were obliged to wear headphones lest they offend, his rich baritone rolled out of the air, and it spoke the truth.

Rush Limbaugh changed the course of American history. Without him, the conservative movement and the country would be fundamentally different today. For this, the left cursed him, and some on the right as well. But in the end, he beat them back time and again.

As a storyteller, Limbaugh was incomparable, gifted with a cadence and an awareness of story beats which gave him an incredible ability to weave narratives together. He could take a small local anecdote from the back of a newspaper and tell you how it connected to the stories of national import you saw on the front page.

His impact on the world of media is immeasurable. There is no conservative mass media without Rush Limbaugh, and there’s likely no Joe Rogan either. Before his rise indicated the appetite of people across the country for his message, conservative media was almost entirely written for the intellectuals and the policymakers, not the working man.

Rush was different. He was irreverent, he was compelling, and above all, he had fun doing what he did. Bill Buckley was smart, but no one’s dad played him on the radio while they were putting up houses, making pizzas or cleaning the shop. They played Rush.

For his success, the leftist corporate press painted Limbaugh as a fool and a villain and worse. But if you actually tuned in, Limbaugh’s analysis was remarkable for its depth and breadth of knowledge.

He gave an entire generation of Americans a way to think and talk about politics and the meaning of America, and a vocabulary for pushing back against what he believed to be — and we now know to be — a deeply anti-American and aggressively totalitarian left.

Through it all, Limbaugh remained a conservative populist. He was a thorn in the sides of the corrupt media, taught us that the powers-that-be should not be taken so seriously, and reveled in mocking the Clintons — seeing through their Arkansas facade to their deeper globalist Ivy League motivations.

He was key to the popularity of Newt Gingrich and the Republican Revolution of 1994, his ability to distill policy for the masses was essential to the rise of the Tea Party, and without his voice, it is hard to see Donald Trump ever becoming president.

Limbaugh prevailed over his critics, not just because he was a once-in-a-lifetime talent, but because he was right about his favorite subject: America. There can be no conservatism confined to the intellectual or corporate set — you needed to trust the people, as Ronald Reagan understood. Limbaugh legitimized this impulse by treating the views of high ranked politicians and his everyday callers with the same level of respect.

Now the golden microphone has gone silent. In a testament to stubborn will, Rush stuck to it to the very end. For conservatives raised by Limbaugh, what now? The task falls to you. Heed a great storyteller of a different age, Mark Twain: “Each of you, for himself, by himself and on his own responsibility, must speak.” And “If you alone of all the nation shall decide one way, and that way be the right way according to your convictions of the right, you have done your duty by yourself and by your country.”

Limbaugh understood that what drew people to conservatism has less to do with words in musty old books and more to do with the intrinsic beliefs that reside in the hearts of all patriotic Americans. He understood that because he believed it himself.

And how good was Rush? You knew when you sat in the driveway at home, the ignition turned off but the radio dial still on, stuck between two stations, because you wanted to hear the rest of the truth. He was that good.

Ben Domenech is co-founder of The Federalist and a Fox News Contributor.

0 98
Share FacebookTwitterReddItWhatsAppPinterestEmailFacebook MessengerLinkedinTumblrTelegramStumbleUponVKDiggLINEViberOK.ru
Subscribe to our newsletter
Sign up here to get the latest news, updates and special offers delivered directly to your inbox.
You can unsubscribe at any time

By air or by sea, the tropics are for lovers thanks to amphibious planes

Listen to Episode 9 of ‘Fullcourt on Flatbush’: Nets Look Like a Championship Team feat. Chris Carrino

Jeffrey Epstein is the inspiration behind this new horror…

Union leaders forced to suspend blockage of food supply to…

Reparations would be unjust and tear our nation apart

Even the non-woke should support just demands for…

Why Andrew Cuomo is falling on all fronts

Why does it take a Post story to get an obvious…