Biden’s Yemen withdrawal will only embolden the terrorists 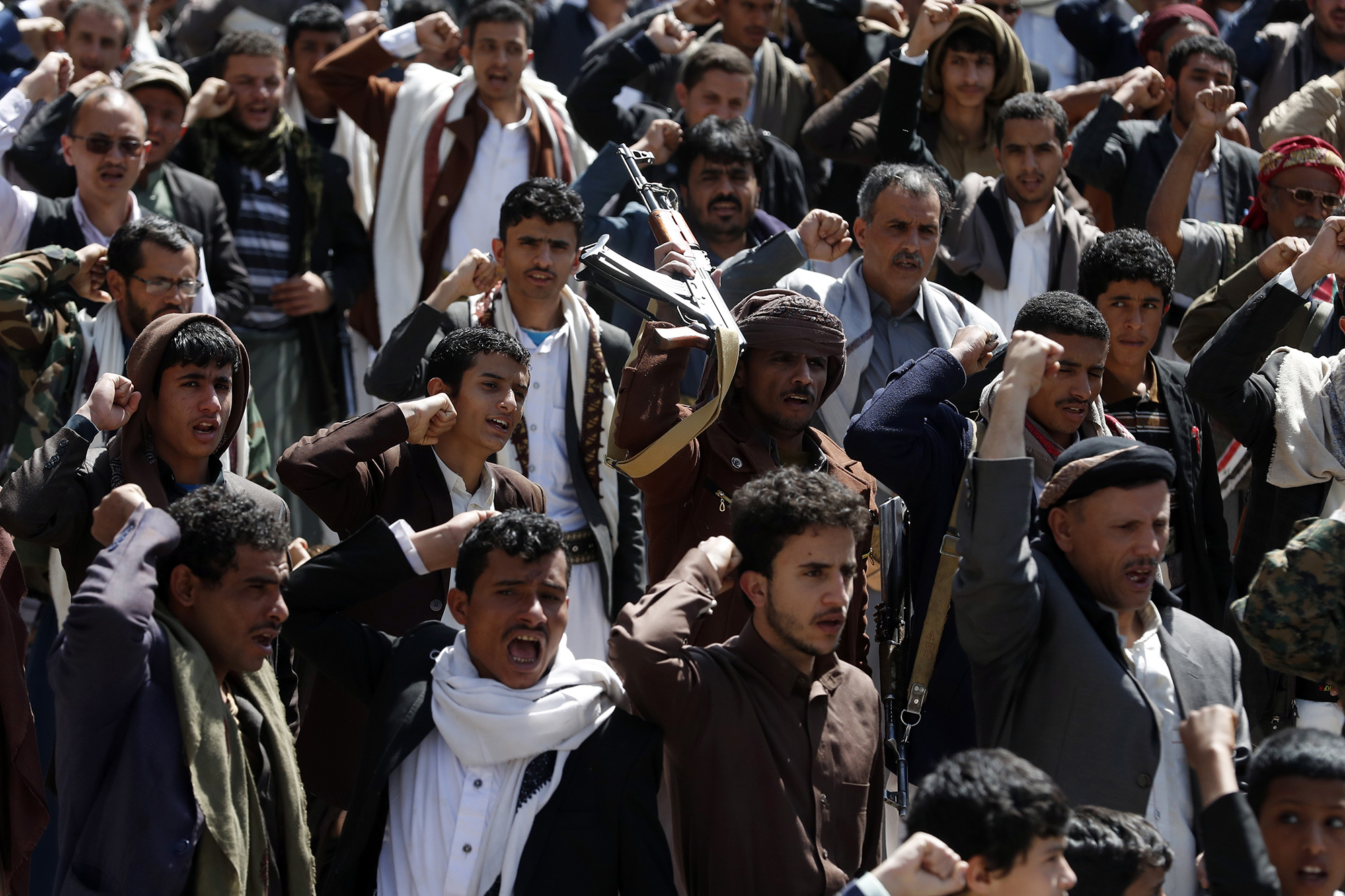 All through the 2020 presidential campaign, both Joe Biden and Kamala Harris signaled their intention to end US support for the Saudi-led military effort against the Houthi terrorists attempting to install a radical, Iran-style theocracy on the kingdom’s southern border. On Thursday, President Biden, possibly in preparation for diplomatic engagement with Tehran, made the formal announcement that US engagement in Yemen is ending.

The president’s preemptive concession has little hope of success and considerable potential to make a bad situation worse.

On Jan. 23, just three days after Biden’s inauguration, the Houthi — who are supported and trained by Iran’s Islamic Revolutionary Guard Corps —  launched a missile or drone toward Riyadh, which Saudi air defenses fortunately intercepted. The intent was clear: to indiscriminately target civilians (including Americans) and civilian infrastructure in or near the Saudi capital.

The attack was so brazen the Biden State Department was compelled to issue an official statement condemning it and pledging support for Saudi Arabia’s defense. Two weeks later, Biden continues to pay lip service to the kingdom’s defense, but apparently not at the cost of eradicating the source of the attacks — which is hardly going to deter the Houthi or their IRGC enablers.

This most recent Houthi attack on Saudi Arabia was a test of the new administration’s resolve, and Thursday’s announcement shows it is sorely lacking. The Houthi and the IRGC, both designated Foreign Terrorist Organizations by the Trump administration, will now be emboldened to attempt more sophisticated and far-reaching attacks against our friends and allies across the region, including Israel.

Biden’s withdrawal from Yemen may have been intended as an olive branch to Tehran in anticipation of renewed diplomatic engagement, but it is unlikely the Iranian regime will respond reasonably to any such outreach when it senses weakness from the United States.

The Yemen mission has never been popular for the simple reason that the Houthi, bolstered by the formidable Iranian propaganda machine, have successfully cast themselves in the court of public opinion as brave rebels battling Saudi imperialism. Those who unquestioningly accept this narrative fail to recognize the grim threat the Houthi pose to the stability of the entire Arabian peninsula, as well as to the vital shipping lane into the Red Sea through the Bab al-Mandeb strait.

US support for the Yemen campaign — initiated, notably, by the Obama administration in 2015 — is limited to training to reduce civilian casualties and counter-terrorism missions, but it is an important symbol of American commitment to our alliance with the kingdom. This shift in policy sends a dangerous signal to the region that the United States is weak and conflicted, and that our support for our allies is wavering.

No one, including the Saudis, wants to engage in Yemen, and no one is suggesting expanding US involvement. But at the very least, we should not undermine a key ally while it is taking live fire from enemies who hate us both in a futile attempt to placate Tehran or score domestic political points with constituents hostile to Saudi Arabia.

Furthermore, escalating attacks that disrupt the Bab al-Mandeb strait would be a severe blow to an international economy still reeling from the pandemic and a potentially significant disruption to energy supplies at a delicate moment — both of which would directly and negatively affect the United States.

Those of us old enough to remember the attack on the USS Cole in the Bay of Aden know how dangerous Yemen can be, and if Yemen is abandoned to the Houthi and the IRGC, a bad problem could quickly metastasize into something far worse.

The vast majority of Americans can’t find Yemen on a map today. It’s the job of those who govern to keep it that way.

Victoria Coates is a senior fellow at the Center for Security Policy.

0 19
Share FacebookTwitterReddItWhatsAppPinterestEmailFacebook MessengerLinkedinTumblrTelegramStumbleUponVKDiggLINEViberOK.ru
Subscribe to our newsletter
Sign up here to get the latest news, updates and special offers delivered directly to your inbox.
You can unsubscribe at any time

America is getting closer to normalcy — it’s absurd to paint…

Food critics who rip NYC indoor dining are sabotaging their…