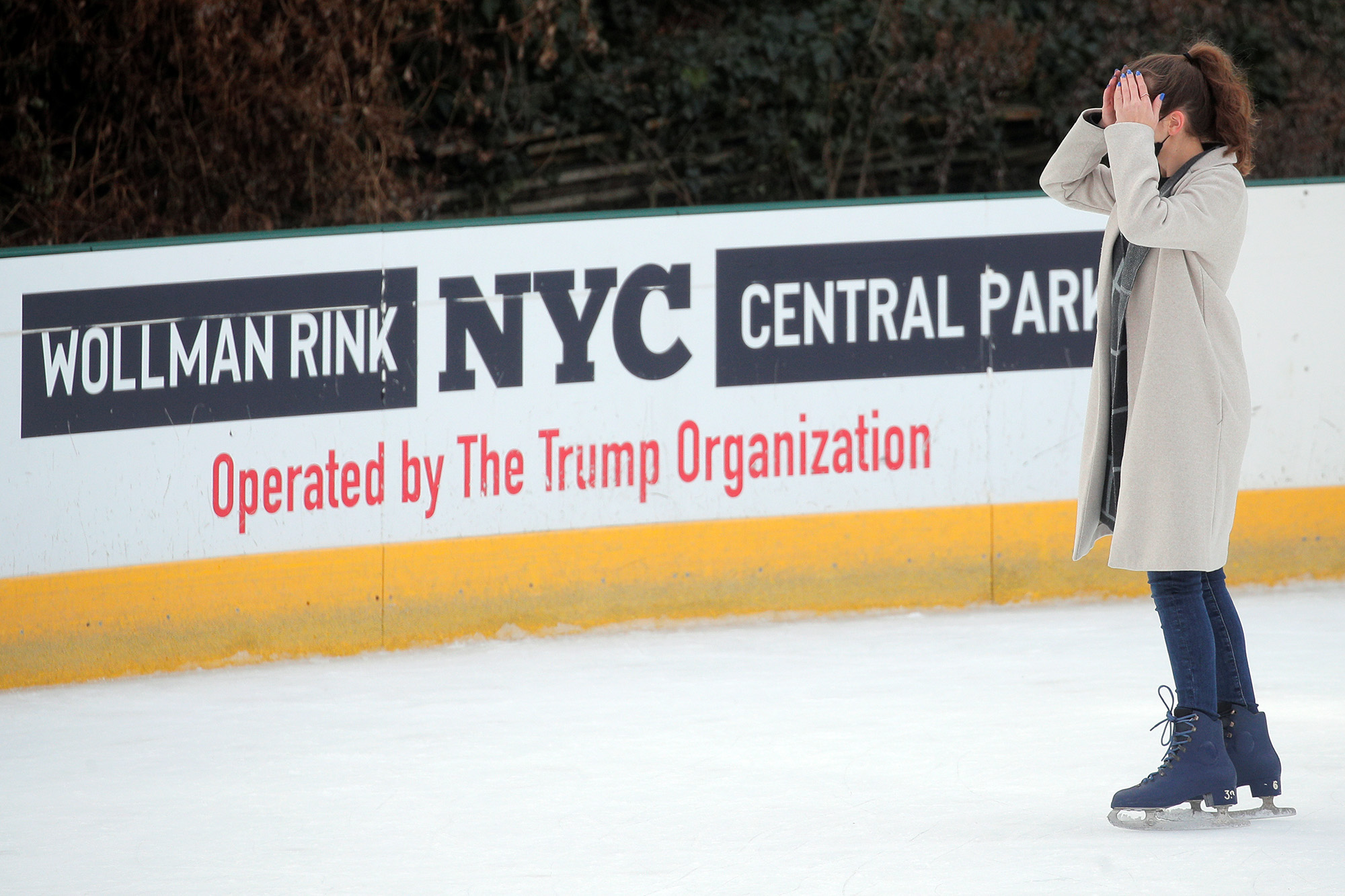 The Issue: Mayor de Blasio’s decision to cancel the city’s contracts with the Trump Organization.

I love the fact that Mayor de Blasio has locked the Trump Organization out of Wollman Rink. Nothing like convicting someone before the trial (“Cent. Park ice rink giving Don the slip,” Feb. 1).

The man who did so much for this city is convicted by a moronic mayor who couldn’t run a lemonade stand without bankrupting it.

We have 11 more months and then hopefully someone with an ounce of common sense will take over.

With New York City suffering from a deadly pandemic and a botched system of vaccination distribution, a meteoric spike in crime and murders, a non-attempt to educate our children and get them back to school, a tanking economy and flight from the city, de Blasio ignores these pressing issues to instead cancel former President Donald Trump’s contracts with the city for no other reason than childish animosity.

Rome is burning and Mayor Nero wants to play the fiddle. What a stretch to say that the former POTUS is guilty of criminal behavior and think that a court of law will support the city in this case.

If that isn’t the pot calling the kettle black, I don’t know what is. Let’s waste more time and taxpayer money on useless frivolity and set New York up for a costly lawsuit. Chalk up another one for Mayor “Airhead.”

Leave it to de Blasio, with his blind hatred for Trump, to cancel the contract for the Wollman Rink before Trump is found guilty of any charges.

He’s aware that Trump does not actually handle the maintenance of the rink, although his organization does, and it’s been kept pristine and successful since 1986.

So he took it upon himself to cancel the contract and put it out for bid, and we can only hope that whoever gets to bid will keep it in the condition that the Trump Organization has all these years.

Mr. Mayor, put your personal feelings aside and do what’s best for the city and keep the organization that has maintained the rink in such beautiful condition since 1986 in charge.

How can de Blasio cancel the contract on Wollman Rink because he doesn’t like Trump?

Trump finished the rink under budget and on time, and just because de Blasio doesn’t like him, he cancels the contract.

I guess when you fail at everything you have been in charge of, that makes you jealous. De Blasio, you are a disgrace.

The Issue: An open letter from Dalton School parents against race-based changes in curriculum.

As the mother and grandmother of graduates from a prestigious private school, I would advise the Dalton School parents to take their $50,000 tuition checks and their children out of Dalton immediately (“Dalton is taking the woke too far: alums & parents,” Jan. 31).

That the parents were afraid to sign their letter of protest says it all. Then we will see how long Dalton can exist without them.

It is inspiring to read of the pushback from parents. None of us should roll over and capitulate.

We need to fight against propaganda replacing meaningful, thoughtful education.

If these parents can find the courage and resources, I hope they will withdraw their children, bond together, home school and find new avenues for education — true education, not brainwashing.

Want to weigh in on today’s stories? Send your thoughts (along with your full name and city of residence) to letters@nypost.com. Letters are subject to editing for clarity, length, accuracy and style.

America is getting closer to normalcy — it’s absurd to paint…

Food critics who rip NYC indoor dining are sabotaging their…