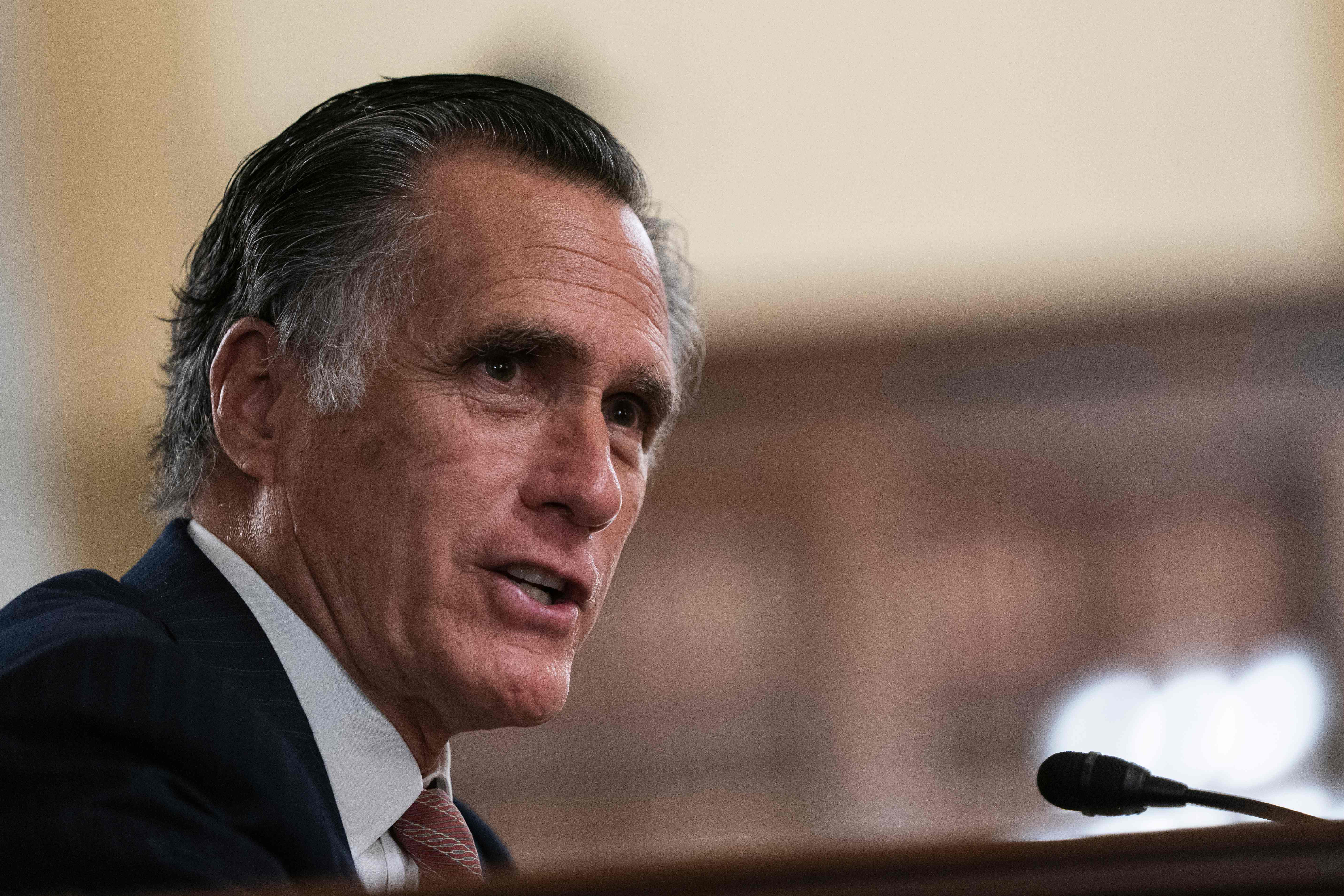 Mitt Romney has often put himself at odds with the GOP’s populist base, but the Utah senator is right on one thing: Pro-family policies matter more to the US working class than just about anything else, especially in the pandemic era. The Family Security Act, which Romney proposed last week, is a once-in-a-generation chance for Republicans to seize ground and support families.

The bill would meet and surpass President Biden’s proposed expansion of the existing child-tax credit in several ways. Romney’s plan offers parents of children age 5 and under $350 per month, declining to $250 per month between ages 6 and 17. For a family of three children under 5, that amounts to a hefty benefit of $12,600 a year.

Better, it has the simplicity all too often missing from efforts of the kind. Instead of a complicated tax credit, most of the benefit will be administered through a direct monthly payment. Long shunned by Republicans, direct payments help families budget and make the benefit tangible.

Better still, the FSA is fiscally sound: By consolidating existing benefits and moving them under the monthly payment banner, Romney’s proposal would remain deficit neutral, covering the $250 billion in annual expenditure through elimination of other deductions (such as for state and local taxes), which perversely benefit the upper crust.

In 2019, I put forward a similar proposal called FamilyPay, a monthly stipend program a bit more generous than the FSA. At the time, Republicans were hesitant to embrace direct payments and complained about the potential budgetary impact. The pandemic has upended those concerns.

As harsh lockdowns have stifled the economy, raising a family has become even more difficult, especially for low-wage workers. In December, the Brookings Institution reported that 2021 would see hundreds of thousands fewer births than normal; social distancing is no way to start a family.

Fear of the future and of widespread precarity, already the ambient music of American life pre-pandemic, is now felt even more intensely. To start a family, Americans need greater assurance that they would be able to support their children through the vagaries to come. The old GOP attitude — tough luck, just work harder — doesn’t work when work disappears.

For the post-Trump GOP to be successful, the party will need to embrace the FSA as a beachhead for future policy efforts. Now that even an establishment stalwart like Romney is shifting, it’s important to think beyond the immediate future.

Luckily, American conservatives now have 10 years of successful policy to consider from across the pond. Beginning in 2011, Hungary aimed to reverse a 30-year downtrend in its birth rate. Under Prime Minister Viktor Orbán’s conservative-nationalist government, Hungary has committed 5 percent of GDP toward a Family Protection Action Plan.

Hungary’s plan not only addresses child poverty, but incentivizes family formation and expansion. Married couples seeking to have a child can receive a $30,000 loan that is completely forgivable after three children. Mothers of four children have their income tax reduced to zero — forever. How’s that for a flat tax?

Since 2010, Hungary’s birth rate has increased more than 25 percent, and the annual number of new marriages has doubled, showing that financial support can strengthen family formation.

Committing 5 percent of US GDP toward families would be a game-changing conservative goal. With family-oriented tax cuts, Republicans could regain and firm up a core area of their support, while with direct payments to parents they can encourage family formation and childbearing.

It’s time to shake off the Republican image of old: a party that offered moralistic rhetoric and little else. If Republicans don’t seize this opportunity, they can expect a federal daycare system administered by their opponents.

Gladden Pappin is deputy editor of American Affairs and an assistant professor of politics at the University of Dallas.

0 82
Share FacebookTwitterReddItWhatsAppPinterestEmailFacebook MessengerLinkedinTumblrTelegramStumbleUponVKDiggLINEViberOK.ru
Subscribe to our newsletter
Sign up here to get the latest news, updates and special offers delivered directly to your inbox.
You can unsubscribe at any time

Meghan Markle reveals her true self in Oprah interview: Devine

My hubby takes my sultry OnlyFans pics — and our marriage is…

Derek Chauvin trial in George Floyd death: How to watch and…

Another failed WHO whitewash of China’s COVID guilt

An intel ‘bombshell’ that wasn’t and other commentary

Shootings will keep rising until the politicians admit their…

Is Andrew Cuomo too weakened to stop the left from…