About ten thousand (10,000) Policemen deployed to monitor the gubernatorial election in Ondo State in 2020 have again petitioned President Muhamadu Buhari and the Inspector General of Police, Muhammed Adamu over the non-payment of their allowances.

DAILY POST gathered that over twenty-eight thousand (28,000) policemen from twenty-eight (28) commands and formations were deployed to monitor the gubernatorial election which held in Ondo on the 10th of October, 2020

DAILY POST gathered that though some of the policemen who monitored the election have been paid, about ten thousand others have not been paid their allowances.

Our correspondent recalls that the affected policemen had, a few days after the election, raised an alarm over the non-payment of the allowances.

They also in January 2021 appealed to Buhari and Adamu to pay their allowances.

The police officers in an open letter addressed to Buhari and Adamu, reminded the IGP and other concerned authorities that their Ondo election allowances had not been paid despite several promises in the last four months.

In an open letter sent to DAILY POST in Ibadan on Thursday, the affected policemen claimed they had used their personal resources to cater for a federal assignment.

“In obedience to the IGP’s directive, all officers drafted to Ondo State for the purpose of the election were all physically present at their different places of assignment a week ahead of the election.

“We all remained there until a stand-down directive message was received from Abuja, no feeding, no accommodation allowances were provided. We all used our personal funds for feeding, accommodation among others.

“A large number of us have not been paid. About six weeks after the election, there was a newspaper publication in respect of the non-payment of allowances, as a result of complaints from some of us.

“Then, the IGP sent another signal, assuring officers and men that their allowance would be paid.

The concerned policemen also called on the IGP and other concerned authorities such as the Police Service Commission, Independent Electoral Commission (INEC), Ministry of Foreign Affairs and the Presidency to do all within their power to pay their allowances.

However, all efforts made by DAILY POST to get a reaction from the Force Public Relations Officer, Mr. Frank Mba proved abortive.

Calls put through his mobile phone were not successful while an SMS sent to Mr. Mba for his reaction has not been replied as at the time of filing this report on Thursday. 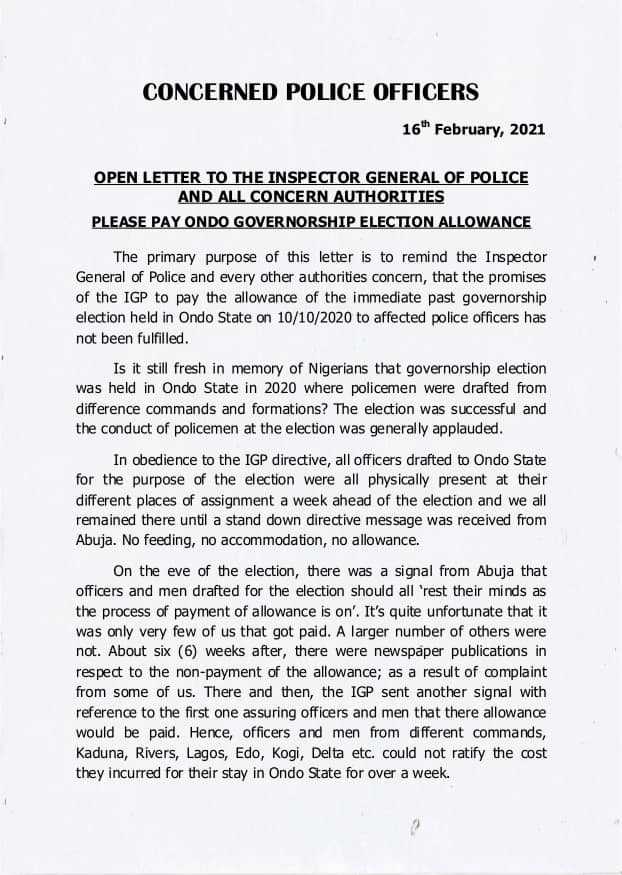 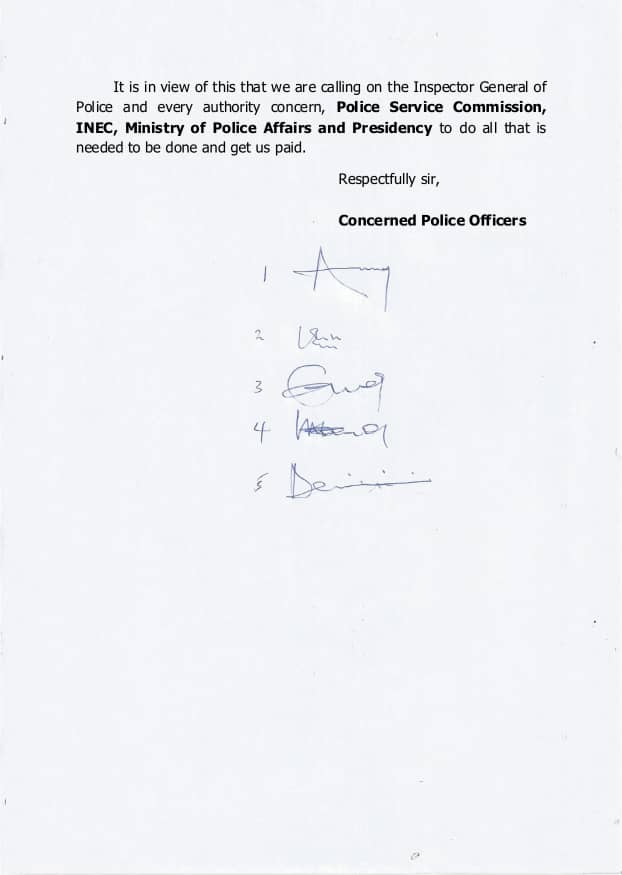 Ngospelmedia.Net Editorial Team are group of Authors and Editors who Maintain and write or publish good articles for you.

The Week in Review: Release of Kagara students, abduction of…