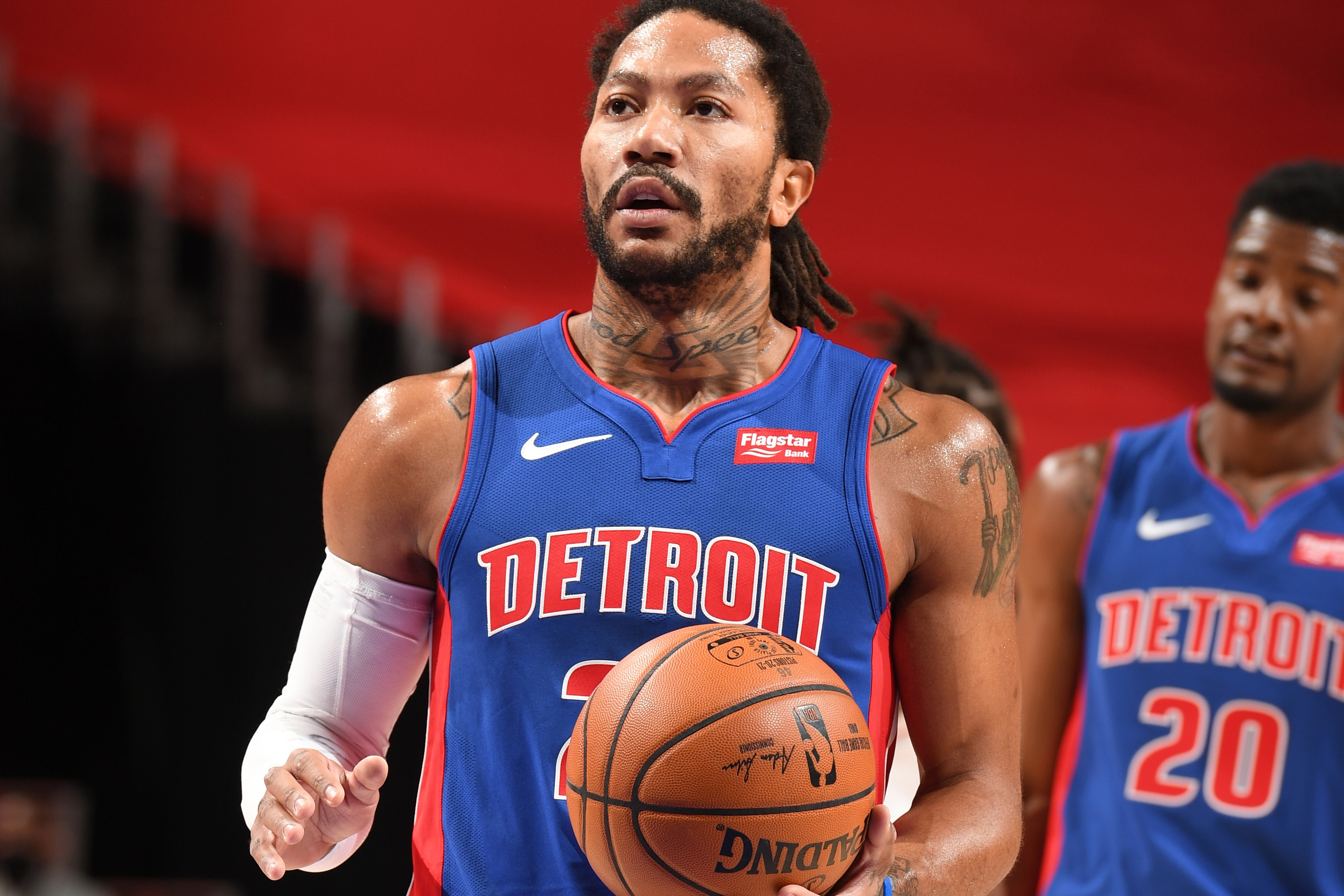 “I thought it wasn’t going to happen at first. A lot goes into being traded. I’m feeling grateful, anxious, but at the same I know what I have to do coming here. It’s about helping the young guys, playing as hard as I can and, for one, thanking Thibs [Knicks coach Tom Thibodeau].’’

Rose will wear No. 4 — Dennis Smith Jr.’s number — because the Knicks already have 25 filled by Reggie Bullock. Without a practice, it doesn’t appear likely Rose will make his second Knicks debut Tuesday against the Heat, especially because he hasn’t played at all this month.

With the trade with Detroit becoming official earlier in the day, Rose, who played for the Knicks for one season in 2016-17 and wanted to re-sign, wrote about his excitement on Instagram, relaying a missed opportunity in his first Knicks stint.

“Other hoopers always used to tell me that if I ever had the chance to play in the MECCA go for it,” Rose wrote. “I’m getting a second chance. … Got to make this one count. But I’m built for it. What’s Pooh spelled backwards???? The s–t just in my blood.”

The Knicks did not re-sign Rose after that season, after Steve Mills took over as president for the ousted Phil Jackson. The snub hurt Rose, according to his 2019 autobiography.

Rose, 32, explained in the book his decision to leave the Knicks after a midseason game and head home to Chicago without permission, confirming he had contemplated retirement at the time.

“When I left the Knicks that day in January 2017, that’s what it was about. I just needed to go home,” Rose wrote. “I went to the crib with my mom. … I had decided I was done playing. I saw the same thing that was happening with the Bulls was going on with New York. I could tell that the season wasn’t going to be the season everyone thought, that I thought.”

Rose’s Instagram post also stated, “Are you still searching for your treasure or are you still content with working at the crystal shop… This experience called life will always challenge you to your core. Especially if you are trying to master your craft.”

0 87
Share FacebookTwitterReddItWhatsAppPinterestEmailFacebook MessengerLinkedinTumblrTelegramStumbleUponVKDiggLINEViberOK.ru
Subscribe to our newsletter
Sign up here to get the latest news, updates and special offers delivered directly to your inbox.
You can unsubscribe at any time

Saraki calls for synergy between ruling APC, other…

EPL: Chelsea gets major boost ahead of Liverpool clash