Ikwuagwu, who was the guest of honour during the finals of Ndume Otuka Unity Cup competition held at the Community Secondary School, Ahiaeke, said it was through such competition that talents were discovered.

He added that Chief Offor, has by his gesture, demonstrated high level of patriotism and partnership with the Okezie Victor Ikpeazu administration in grassroot Sports Development.

Ikwuagwu emphasised that the drive of the State Government in talent hunt at the grassroot was already bearing fruits as two students, who were discovered by foreign football scouts during the State Schools’ Sports Festival last year, have been offered University Scholarship in the United kingdom where they would in addition develop their sports talents. 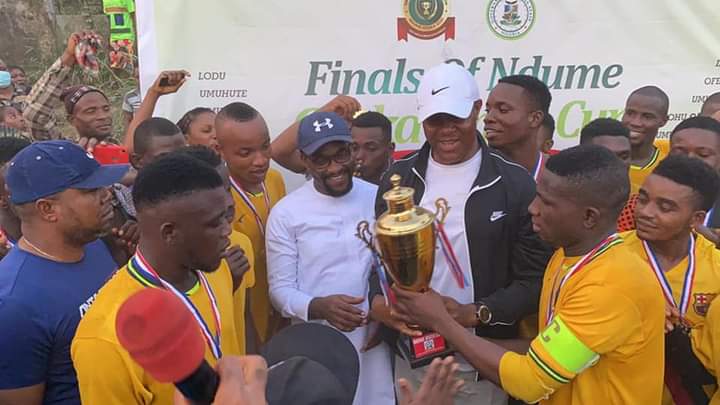 The Commissioner said that apart from the State Schools’ Sports Festival which involved over 750 Public and Private Primary and Secondary Schools in 18 different sports, the Ikpeazu administration has through the Ministry of Youth and Sports Development held the first Abia State Female Under 21 Inter Local Government Football Competition, Pre-season Football Tournament which had 12 top teams from across Nigeria competing, while the Governor’s Cup Competition for under 21 Male is ongoing at the Umuahia Township Stadium.

He further said that the once famous Grasshoppers Handball Club, which went into oblivion was being revived, as well as the Ministry had commenced distribution of targeted One Thousand Units of Table Tennis Boards and Accessories to Primary and Secondary schools in the State in the Okezie Ikpeazu Free Table Tennis Board For Schools Scheme.

The Commissioner called on other well to do Abians and Corporate bodies to emulate Chief Kingsley Offor by joining forces with the State Government to take Sports in the State to the desired level. 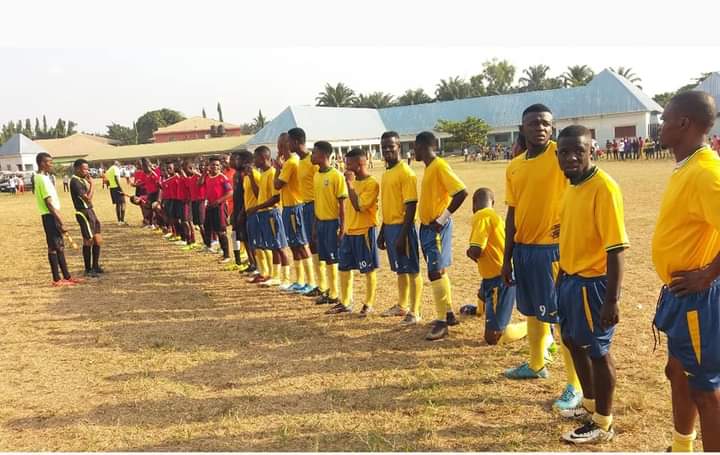 In his welcome address, Chief Offor extolled the Ikpeazu administration for its outstanding performance in Grassroot Sports Development and thanked the Commissioner for gracing the occasion. He promised to sustain the competition on an annual basis.

Honourable Chukwudi Apugo representing the Constituency in the Abia State House of Assembly commended Chief Offor for sustaining the initiative which supports the Governors’ Grassroot Sports Drive. Chief Offor has over the years consistently funded the competition. He encouraged others to follow suit.

Ohokobe Fc defeated Umuohu Azueke Fc in the final match via penalty to retain the trophy, while Ofeke won the third place.

Hon. Ikwuagwu presented the giant trophy to the champions while Chief Offor distributed cash prizes to the various categories of winners who also received medals.

4
Share FacebookTwitterReddItWhatsAppPinterestEmailFacebook MessengerLinkedinTumblrTelegramStumbleUponVKDiggLINEViberOK.ru
Subscribe to our newsletter
Sign up here to get the latest news, updates and special offers delivered directly to your inbox.
You can unsubscribe at any time

Ngospelmedia.Net Editorial Team are group of Authors and Editors who Maintain and write or publish good articles for you.

Kaapo Kakko-Jack Hughes rivalry will be different this time

LSU vs. Alabama prediction, line: Tigers will grind out win

This mall-sized mansion dubbed ‘The One’ costs $350 million

Who are Cole and Ella Emhoff? Meet VP Kamala Harris’s…