Dan Campbell has wild Lions introduction: ‘Bite a kneecap off’ 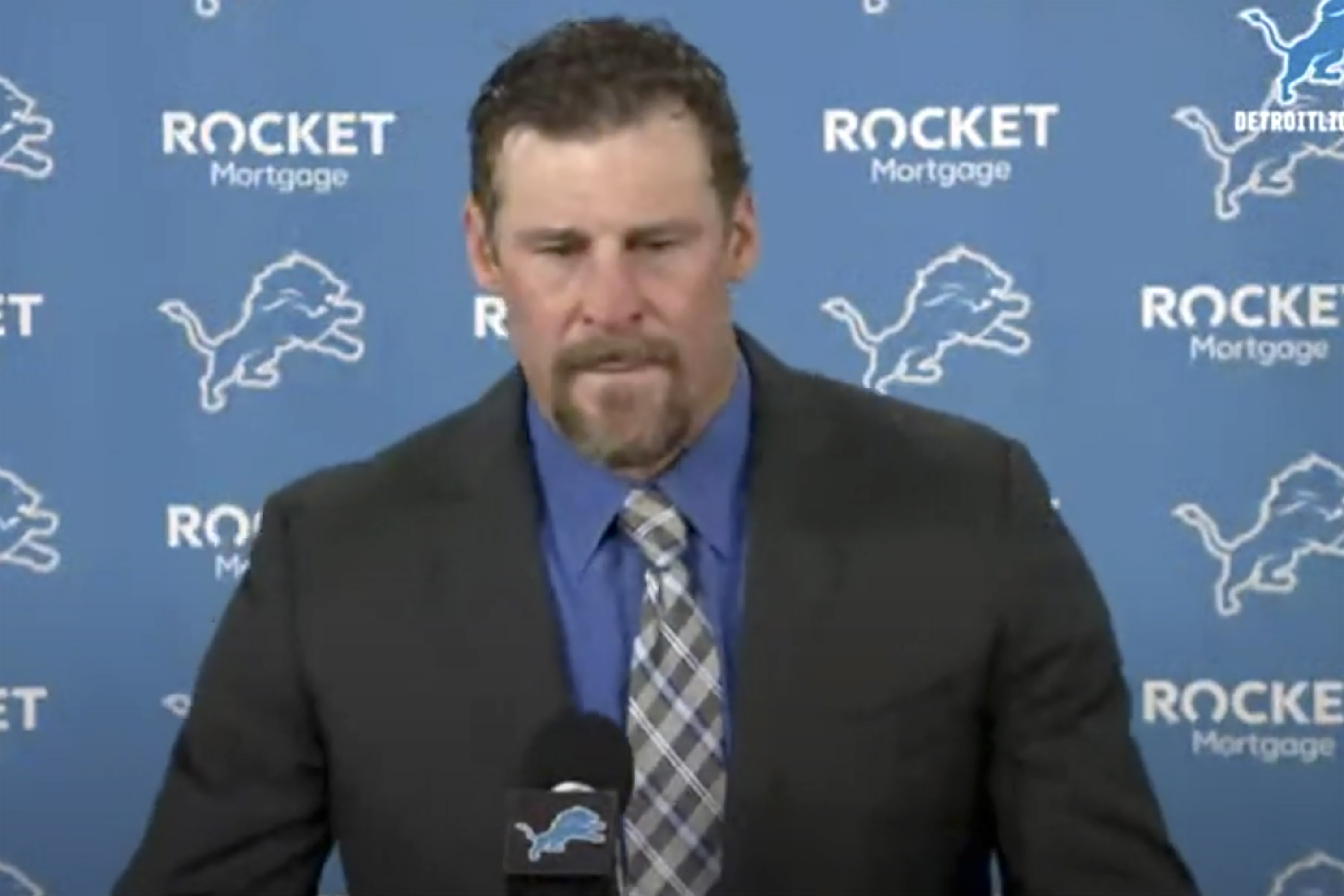 Don’t get into a fight with Dan Campbell.

The new head coach of the Detroit Lions wasn’t short on incredible soundbites Thursday during his introductory news conference. It’s commonplace for new coaches to “win the press conference,” but Campbell’s was more like a dominating shutout that had fans on social media ready to run through a wall.

The best of the best should be heeded as a safety warning.

For Giants fans, Campbell and his words should sound familiar. He is a former Giants draft pick and tight end (1999-2002) and his idea of a team taking on the identity of its city were words spoken by Giants coach Joe Judge at his introductory news conference last January.

Campbell is the Lions’ 11th different head coach (including interims) since last winning a playoff game in 1991.

“This place has been kicked, it’s been battered, it’s been bruised,” Campbell said. “I can sit up here and give you coachspeak all day long: We’re going to win this many games. None of that matters, and you guys don’t want to hear it anyway. You’ve had enough of that s–t. Excuse my language.”

0 63
Share FacebookTwitterReddItWhatsAppPinterestEmailFacebook MessengerLinkedinTumblrTelegramStumbleUponVKDiggLINEViberOK.ru
Subscribe to our newsletter
Sign up here to get the latest news, updates and special offers delivered directly to your inbox.
You can unsubscribe at any time

‘The White Tiger’ review: An eviscerating comedy about Indian castes