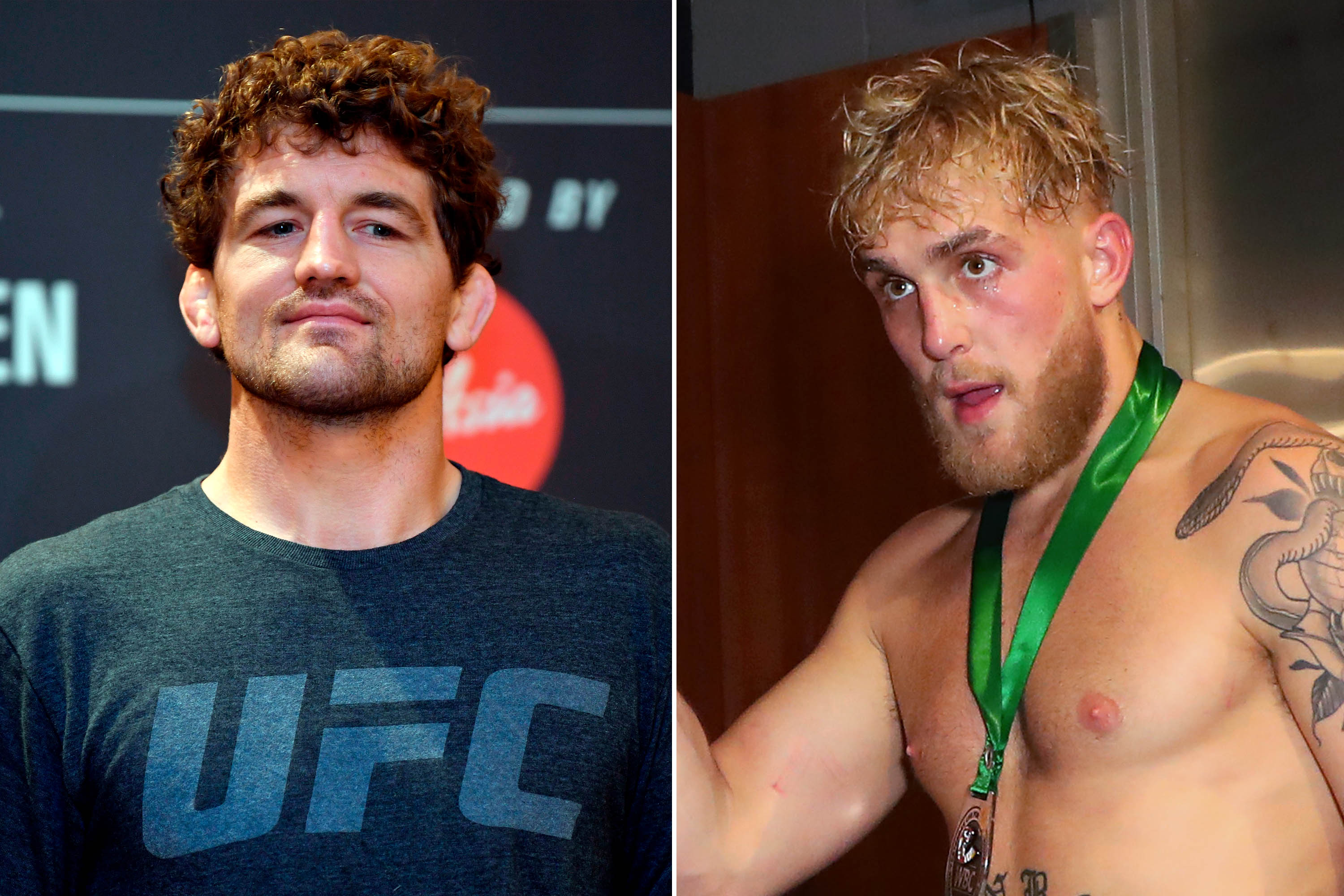 Ben Askren has no chance of being victorious in his showdown with Jake Paul, according to Titan FC lightweight Raush Manfio.

The former UFC welterweight is set to throw down with the YouTuber in a boxing match on April 17.

Askren’s chances of beating the former Disney star have been written off by many, with several fight fans predicting he’ll suffer a brutal knockout loss.

And Manfio, who has been helping Paul prepare for his latest outing to the ring, only sees the fight going one way.

The Brazilian told MMA Fighting: “I believe Ben Askren can take a punch, but Jake Paul has knockout power.

“[Paul] has a powerful right hand, and he’s getting smarter in the ring, not getting scared or stuff like that, things you learn with time.

“I’m a professional MMA fighter since 2011 and I get mature as time goes by, you understand the sport, but [Paul] has firepower and that’s crucial.

“In my opinion, what is Askren going to do? For him to win, only if he gets Jake Paul tired.

“I can only see Jake Paul winning by knockout or points, Jake Paul is far superior. I can’t see one weapon [Askren] can use.

“If he was like a Dan Henderson type of fighter with a powerful overhand, that would be a different conversation.

“[Paul] has knockout power and cardio. Meanwhile, [Askren] might have a chin but doesn’t have firepower to drop him, so I don’t see how Askren wins this match.”

Paul, 23, is brimming with confidence ahead of his meeting with the former Bellator and ONE Championship welterweight king, so much so he reckons the MMA vet won’t lay a glove on him.

“I don’t even think he’ll hit me. I haven’t been hit one time in the face in my past two fights.

“So I haven’t even been punched as pro boxer one time. Nate Robinson landed one body shot in a clinch.

“I don’t think Ben Askren will even hit me. That’s my prediction.”

0 118
Share FacebookTwitterReddItWhatsAppPinterestEmailFacebook MessengerLinkedinTumblrTelegramStumbleUponVKDiggLINEViberOK.ru
Subscribe to our newsletter
Sign up here to get the latest news, updates and special offers delivered directly to your inbox.
You can unsubscribe at any time

FHIS: All Abuja residents must have health insurance –…

Man City vs Man Utd: I was not proud of my team – Guardiola