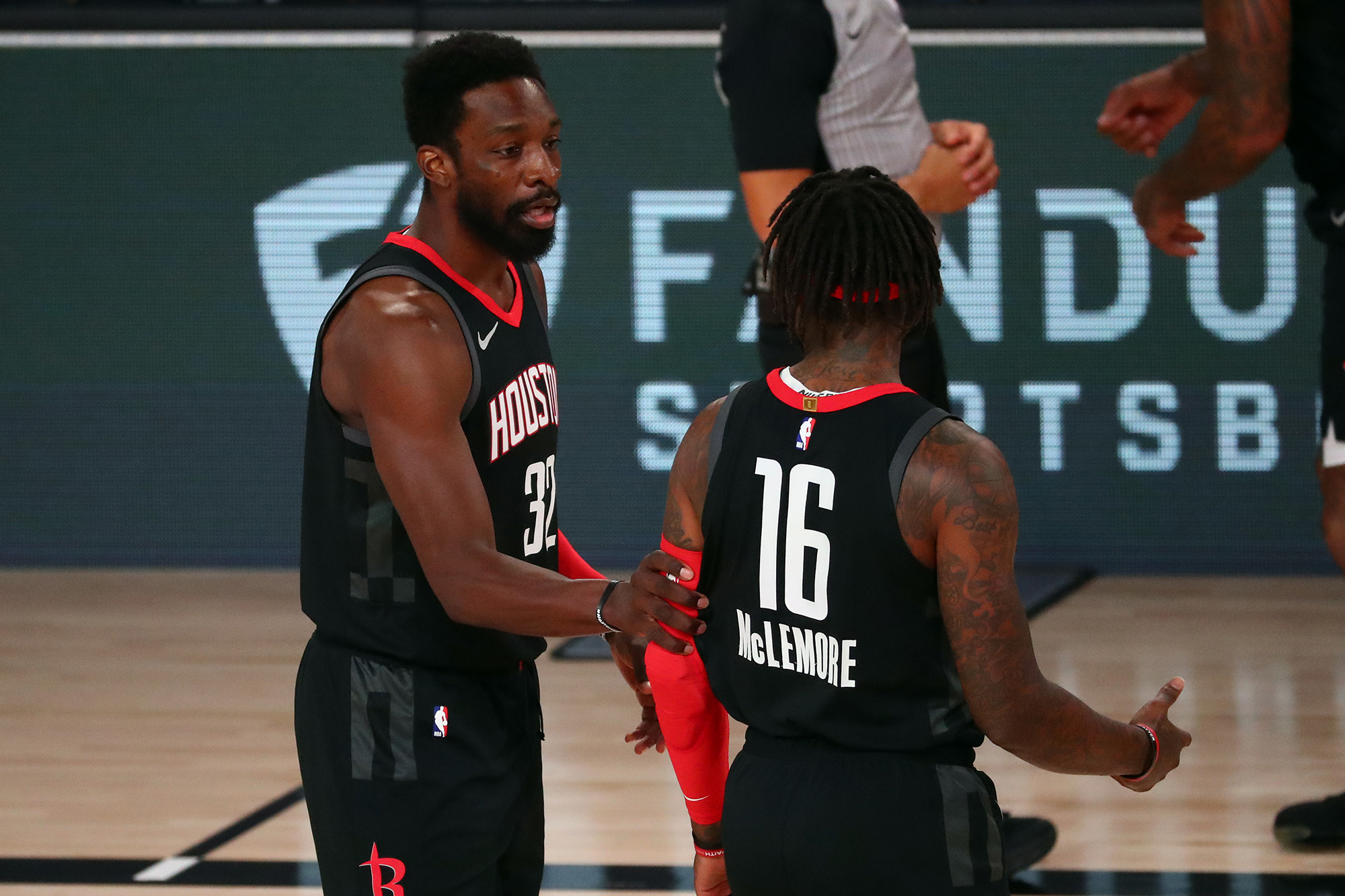 The Nets have been eyeing veteran stretch bigs to round out their rotation, and they landed one Saturday when they signed Jeff Green.

The 34-year-old Green has a pre-existing relationship with both Nets star Kevin Durant (who he played alongside in Oklahoma City) and newly hired assistant Mike D’Antoni (whom he played under in Houston).

Finding a seasoned power-forward backup for Durant and replacement for Wilson Chandler has been on general manager Sean Marks’ to-do list. He did so, and on a team-friendly minimum contract, according to The Athletic. It’s a prime example of the lure of a star-laden contender getting veterans to take less for a chance at a championship.

The 6-foot-8, 235-pound Green is not only a former Thunder teammate of Durant’s, but like the Nets star also is a product of Prince George’s County in Maryland.

Green averaged 12.3 points and four rebounds for Washington in 2018-19. Last season in Houston he put up 12.2 points on 56.4 percent shooting — and 35.4 percent from deep — as a smallball stretch five off the bench under D’Antoni.

Now Green and D’Antoni will be reunited in Brooklyn, with the veteran coach having taken a job as an assistant under former protégé Steve Nash. The fit as a stretch five next to Durant should help not just offensively but defensively as well, giving Brooklyn an option other than drop coverage with DeAndre Jordan and Jarrett Allen.

Brooklyn has been heavily linked with Serge Ibaka, currently a highly sought-after free agent, with Ibaka and Durant having already talked about a reunion. Durant’s brother opined on social media that Ibaka was Brooklyn-bound.

But the Nets have just the $5.7 million taxpayer mid-level exception to offer, and Ibaka made $23 million last season. He’s believed to have a market in the $12 million-$15 million range, and should easily command a $9 million full mid-level.

Raptors president Masai Ujiri and general manager Bobby Webster were both en route from Chicago with Ibaka on Saturday night, according to Rogers Sportsnet.

End SARS: My 17-year-old niece was hit by police bullet in our canteen – Woman narrates

Joe Harris: Nets were always my ‘No. 1 priority’

Rhapsody of Realities 25 November 2020 — The Knowledge Of…

Joe Biden is reviving all of his past failures — and it…