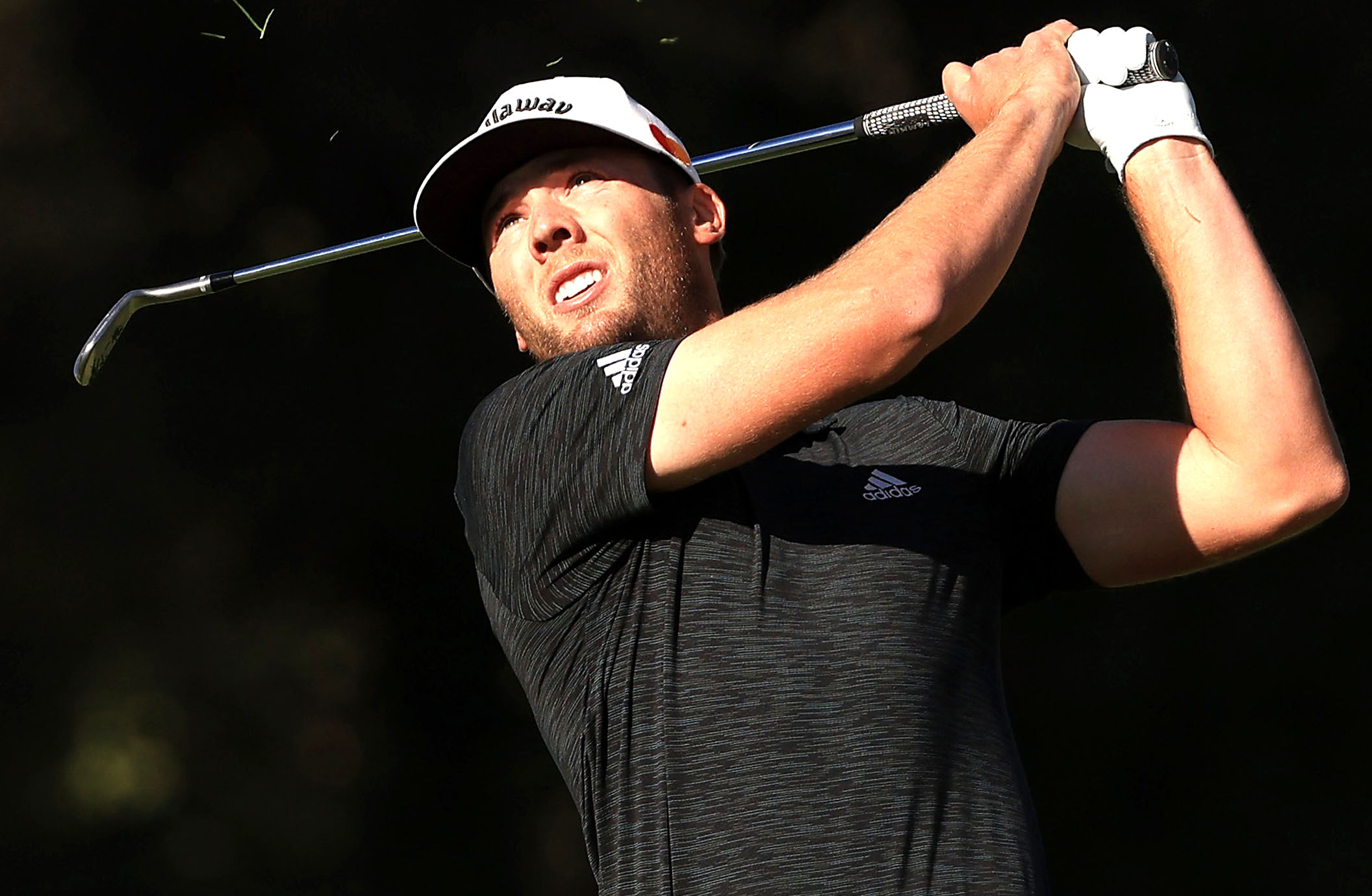 LOS ANGELES — A weather delay of nearly four hours resulting from high winds interrupted the third round of the Genesis Invitational on Saturday at Riviera Country Club.

The unusual circumstances — this was the first time a PGA Tour event had been suspended due to wind since the 2015 British Open — didn’t appear to interrupt Sam Burns’ pursuit of his first PGA Tour victory.

Burns entered the day with a tournament-record five-shot 36-hole lead and he finished it still leading, but by only two shots as he tries to capture his first PGA Tour victory. Englishman Andrew Fitzpatrick, shooting 3-under through 17 holes of his third round, set the stage for a considerably more stressful Sunday for the 24-year-old Burns.

The 23 players who didn’t complete their respective third rounds will resume play at 12:50 p.m. ET on Sunday before the final round begins. Final-round tee times will be between 11:30 a.m. and 1:30 p.m. and players will be re-paired according to their scores.

Burns, who was 2-over through 13 holes on Saturday, is 10-under for the tournament. That’s two shots clear of Fitzpatrick and three ahead of world No. 1 Dustin Johnson (who’s through 13 holes of his third round), Max Homa (through 13) and Wyndham Clark (through 15).

Patrick Cantlay is 6-under and has two more holes to complete his third round. And there are five players at 5-under, including Tony Finau and Matt Jones, both of whom completed their third rounds.

The tournament was suspended at 1:08 p.m. local time because of high, dangerous winds that gusted to 35 miles per hour and caused balls that were not struck to roll on greens. Tournament officials became concerned for the safety of players and volunteers when a piece of communications equipment fell near the 14th tee.

An example of how unplayable it became was a Keegan Bradley 40-foot birdie putt on the 10th hole that the wind pushed past the cup, to the edge of the green and down a slope between two bunkers, leading to a double bogey.

“I think there’s a fine line between tough and fair and I think that line was crossed, so I think they did a good job by stopping play,’’ Burns said.

“Once it got a little crazy for a bit, I was glad we got pulled off [the course],’’ Talor Gooch, who’s 5-under, said.

“It was very draining and stressful out there,’’ Matt Jones said.

The most stress on Sunday figures to fall on the shoulders of Burns, who has been leading from the start thanks to his opening-round 64, followed by a 66 in the second round.

“It’s a hard golf course with no wind and then you get 20-plus [mph wind] it makes it that much harder,’’ Burns said. “I think we did a good job of just trying to put it in the right spots and go from there.’’

Tiger Woods, the tournament host, who’s not playing this week as he recovers from his fifth back surgery, arrived at Riviera on Saturday shortly before the weather delay and chatted with fellow players for a while. He’ll present the winner’s trophy Sunday.

0 80
Share FacebookTwitterReddItWhatsAppPinterestEmailFacebook MessengerLinkedinTumblrTelegramStumbleUponVKDiggLINEViberOK.ru
Subscribe to our newsletter
Sign up here to get the latest news, updates and special offers delivered directly to your inbox.
You can unsubscribe at any time

Cincinnati vs. Memphis line, prediction: Take the Under

Trump to call for GOP unity in CPAC speech: ‘We will not be…

‘SNL’ Recap: Nick Jonas Keeps Breaking Into Song, Even During The…