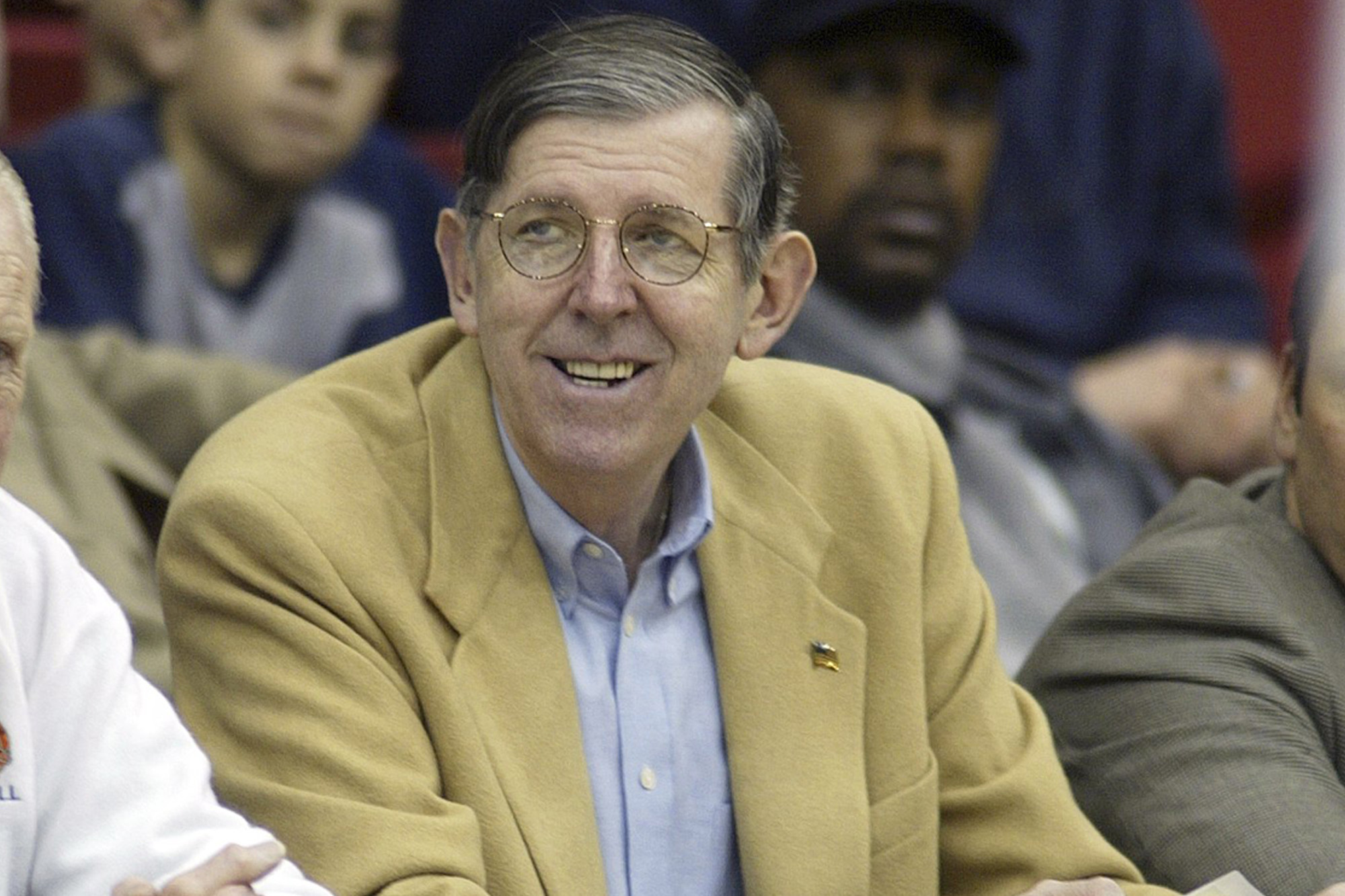 New York City lost a part of its basketball soul on Monday.

Tom Konchalski, one of the country’s most respected high school basketball scouts and a legendary figure in the Northeast, died at the age of 74, according to friends.

The Forest Hills native, who attended Archbishop Molloy High School in Queens, battled metastatic cancer for the past two years and was moved to hospice care last week. Konchalski spent 43 years evaluating college basketball prospects. The last several days, there was an outpouring of support on social media from current and former players, coaches, reporters and scouts — basically anyone who had crossed paths with him.

“Tom Konchalski was a local scout, but he was a national treasure,” Barry “Slice” Rohrssen, the former Manhattan head coach and Pittsburgh, Kentucky and St. John’s assistant and a close friend of Konchalski, told The Post in a phone interview. “He was as genuine a human being as anyone is going to meet and find in their life.”

Konchalski wrote for and ran the High School Basketball Insider (HSBI) Report since 1979 and took over ownership of it from Five-Star Basketball Camp founder Howard Garfinkel in 1984. Konchalski, who retired last May as his health declined, learned the game from Garfinkel and legendary Molloy coach Jack Curran.

The HSBI Report, written on Konchalski’s typewriter, was mailed 16 times a year to the more than 200 college coaches who subscribed to it. It provided evaluations and rankings for hundreds of prospects. He did all of this without owning a car, a cell phone, a computer or an answering machine — outside of a trial period that lasted six months in 2003. The 6-foot-6 Konchalski took public transportation everywhere if a coach or friend was unable to give him a ride.

“Tom just tried to help everybody,” Iona College coach Rick Pitino said. “He was just a very humble, kind special man. … If you asked him about a player, he would give you the mother, father, nephew, nieces, he would know every single person in the family, and he would know the connections, what you would have to do to get the kid.”

He was nicknamed “The Glider” because of how he moved in and out of gyms without trying to call attention to himself. Konchalski usually sat in the top row to take detailed notes on a yellow legal pad in his famous chicken-scratch handwriting. His photographic memory allowed him to describe prospects he’d seen — from Division I caliber to Division III — with both his famous catchphrases (“he scores like we breathe”) and a nuanced breakdown of a player’s footwork or shooting form. Konchalski told The Post when he retired that he did it all “to help people,” both the kids and the coaches who subscribed, many of whom became his friends.

“He could find nothing but good in every person he ever met,” said Molloy coach Mike McCleary, who first knew Konchalski as his eighth-grade math teacher.

Konchalski, a devote Catholic, brought with him a gentlemanly kindness, an encyclopedic memory of New York City basketball history and of the people he met. He greeted everyone with a firm handshake, eye contact and an inquiry about their family. He did this with all the prospects he scouted and many of their parents as well, wanting to get a feel for their character, makeup and backgrounds beyond what he saw on the court. His memory was remarkable. His knowledge surpassed it.

Tom Konchalski was one of the good guys.

0 93
Share FacebookTwitterReddItWhatsAppPinterestEmailFacebook MessengerLinkedinTumblrTelegramStumbleUponVKDiggLINEViberOK.ru
Subscribe to our newsletter
Sign up here to get the latest news, updates and special offers delivered directly to your inbox.
You can unsubscribe at any time

Trump trial will run into Sunday, wrap next week, with 16 hours for each side

Kevin Durant will be participating in one All-Star activity

Cincinnati vs. Memphis line, prediction: Take the Under

Kevin Durant will be participating in one All-Star activity

Trump to call for GOP unity in CPAC speech: ‘We will not be…

‘SNL’ Recap: Nick Jonas Keeps Breaking Into Song, Even During The…